While it’s true that every chromosome contains some of 25,000 genes, it now turns out to be the case that this is only a little more than half the story. Computer modeling has revealed that up to 47% of each chromosome is an enigmatic sheath-like substance called the “chromosome periphery,” something about which little is known. That’s because it’s almost impossible to get a good look at actual chromosomes.

Chromosomes were discovered in 1882 and still remain puzzling, largely because they’re not visible within a cell’s nucleus unless we happen to be watching as a cell is dividing, through mitosis or meiosis. During cell division, chromosomes become “supercoiled” and can be seen under a microscope. 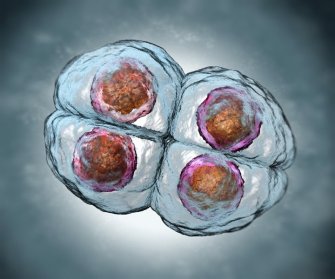 Observing chromosomes in this one very specific state has shown that they’re comprised of DNA along with histone proteins, or chromatin. While scientists have caught glimpses of the chromosome periphery in the past, they haven’t been able to deduce much about it. After all, they’ve never gotten a good look at chromosomes when they’re not dividing, which is to say much of the time.

Now scientists at University of Edinburgh in Scotland have invented a way of modeling all 46 human chromosomes in high-resolution 3D. Their system is called 3D-CLEM, and it uses light and electron microscopy to source data for highly accurate models of these tiny objects.

A member of the team, Daniel Booth, told phys.org, “Defining the structure of all 46 human chromosomes for the first time has forced us to reconsider the idea that they are composed almost exclusively of chromatin — an assumption that has gone largely unchallenged for almost 100 years.” 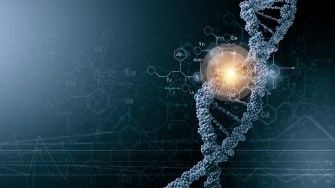 While most participants fibbed a little bit, laptop users were much more likely to lie – and by a lot more.
Up Next
Surprising Science

A new mapping method corrects not only for visual distortions but also for cultural ones.