Let’s face it, nothing makes you feel better about yourself than making out with someone, only to see them fall away, gasping for air, and taken away in an ambulance moments later. Most often it is a serious food or a medication allergy that is triggered by kissing, according to the American College of Allergy, Asthma, and Immunology (ACAAI). Two to three percent of U.S. adults have such an allergy, and five to seven percent of children. Sounds small, but all told that’s around seven million Americans.

Even if one’s paramour has brushed their teeth vigorously, and the snog occurred hours after consuming the allergen, a kiss could still trigger a reaction. Symptoms generally include swelling of the lips, an itchy rash, and hives. In extreme cases, the throat may swell up, causing the victim to wheeze or even struggle for breath. If any of this occurs, get them medical attention immediately.

For those who have such an allergy, be careful when you are with someone new. One 2006 study, out of the Mount Sinai School of Medicine in New York, looked into the case of severe peanut allergy and kissing. Researchers examined how long the allergen remained in the saliva, and ways to reduce exposure for the highly allergic. Once digested, the allergen enters the saliva itself. At this point, even sharing a drink or utensils becomes risky business. 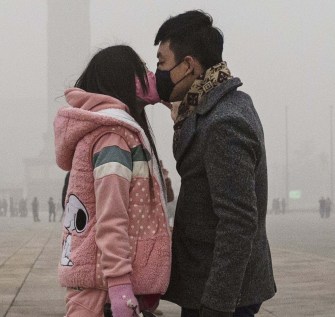 How to kiss someone with an allergy.

The best thing to do if you have a serious allergy is to talk to your date about it. Friends and others around you should know too. Always have antihistamines, an inhaler, or an auto-injector with you, depending on the severity of your allergy. If your date or partner has such an allergy, avoid any contact with the allergen 16-24 hours before kissing or any other such contact. Remember that you can transfer the allergen through any other bodily fluid too.

Imagine living with someone whose actual kiss, bereft of everything, causes you pain, or knowing that your topmost expression of love could give your lover a painful breakout. For Kerrie Armitage of Leeds, England this is her reality. The 28 year-old is allergic to actual kissing or more properly, saliva. Armitage has an extremely rare condition known as aquagenic urticarial. This makes her allergic to external water exposure. Water on her skin or sweat from exercising causes painful blisters. Her husband Peter’s kiss could cause a breakout, especially when his lips are wet. It doesn’t happen every time. But when it does, rest assured that Peter is made well aware.

Other allergies get in the way of going all the way. We have it drilled into our heads that we must practice safe sex, which is all well and good. But what do you do when you are allergic to the spermicide in condoms, the lube, or the latex itself? Usually these end in a rash, inflammation, or painful blisters. But some people have a serious latex allergy that could even be life-threatening. Fortunately, there are those condoms made of other materials, such as polyurethane, which are just as protective. 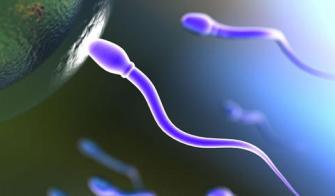 Here’s a special kind of hell—picture finding the lover of your dreams, whom you want to marry and have a family with, only to find that you are allergic to making love to them. Sometimes the proteins released during sex, due to excitement and physical activity, can cause an allergic reaction, such as hives or wheezing. This is very rare, but it does happen. Then there are those who have a sperm allergy, known medically as a seminal plasma hypersensitivity. This is also very rare. It effects women mostly, and it is usually caused by certain proteins within the semen. A reaction generally occurs 10-30 minutes after exposure. Symptoms include redness, itching, burning, pain, and swelling in the vagina, vaginal area, mouth, or anyplace that has been exposed. Condoms can help. If a couple wants a child however, the problem is serious.

Many women who have a sperm allergy discover it with their first exposure. Others find it pops up suddenly, even after no reaction with previous partners. It could even occur with one partner and not another. Now there is a blow to a man’s ego. It’s no secret that men put a lot of weight on their bedroom performance.

Such an allergy can even spring up after years with the same person. It is sometimes misdiagnosed as an STD, a yeast infection, or just general inflammation, known as vaginitis. For couples, a sperm allergy is can be frustrating, particularly if they are looking to conceive. Two procedures, artificial insemination or in vitro fertilization, are recommended in such cases. Physicians must wash the sperm however before they are utilized.

To verify a sperm allergy, a gynecologist or allergist will conduct an intradermal test—taking a small amount of the partner’s semen and injecting it under the skin, to see if a reaction takes place. So if you’ve been unlucky in love, sometimes a little schadenfreude helps. Feel better, secretly to yourself of course, knowing how much worse off others are. Just imagine, you could be allergic to the one you crave most.

To learn more about a weird allergies click here:

If tattoos had always been as popular as they are today, here is what Charles Darwin, Henry V, Lord Nelson, George W. Bush, and Barack Obama might have inked.