Astronomer Claudio Maccone, one of the intrepid number-crunchers affiliated with the SETI Institute (Search for Extra-Terrestrial Intelligence) was poring over data from the RATAN-600 radio telescope at Zelenchukskaya, in southern Russia. SETI researchers have been sifting through massive radio-telescope data dumps for years looking for strong radio signals that could signal alien civilizations. And Maccone found a whopper. He characterized it as “a strong signal in the direction of HD164595.” That’s a star almost as big as our sun that’s about 95 light years off in space. It’s believed to be about 6.3 billion years old. Since we already know of one planet orbiting the star, HD 164595 b, why not another, inhabited, one? 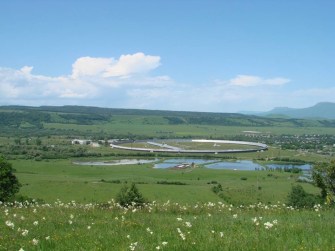 Needless to say, the signal bears further investigation, though there are reasons to think it’s coming from somewhere on earth. For one thing, the signal’s frequency is 11 GHz, which is—hm—within the frequency range used by the military. Not that anything is known to use 11 GHz specifically. According to Texas A&M astronomer Nick Suntzeff, though, ”God knows who or what broadcasts at 11Ghz, and it would not be out of the question that some sort of bursting communication is done between ground stations and satellites.”

And here’s another thing that’s both discouraging and thrilling at the same time. Most known astronomical signals are at a much lower frequency, that’s the bad news. On the other hand, it would take a huge amount of power to produce. Like a very advanced civilization. 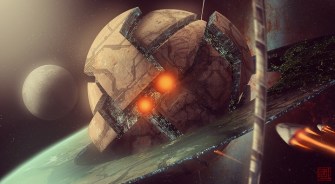 According to the original paper, a Type I civilization would be at a “technological level close to the level presently attained on the Earth, with energy consumption 4 x 1019 erg/sec.” Speaking to io9, physicist Michio Kaku says that these days, however, a Type I civilization is one that’s harnessed all of the power its home planet offers, to the extent of reconfiguring the planet to extract all of its energy. Not so much us. Yet.

A Type II has moved beyond its own energy to capture every bit of juice from its parent star. With a Dyson sphere, maybe?

A Type III has colonized its entire galaxy and has harnessed all of its power. A big jump, to say the least — it’s estimated that it would take a civilization from 100,000 to 1 million years to get from a Type II to a Type 3. 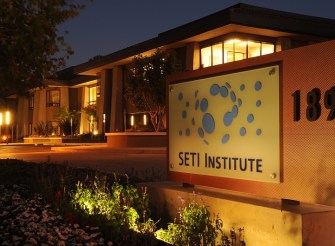 So back to SETI. It’s obvious, then, why scientists are taking this seriously, investigating the signal very carefully so as not to jump to the wrong conclusion. Scientists are trying to make sure no background noise is causing a misidentification of the signal, and the researchers at RATAN-600 are suggesting that this area of space be closely monitored on a permanent basis. And who can blame them?