The ancient Egyptians thought dreams foretold the future. Today, we know they tell us about our own psychology. The truth is, we need them for good mental health. Sleeping helps the brain organize and clean itself. Having a good night’s rest after learning a new skill can make you up to 10 times better at it, according to one study out of Harvard Medical School.

Dreams help us process emotions and solidify memories. Our brain basically separates our memories from the emotions associated with them, when we’re sleeping. In other words, our emotions are processed during a certain sleep phase. Should they fail to be processed properly, one’s anxiety might increase. There’s a strong correlation between sleep deprivation and mood disorders, specifically anxiety and depression.

The body cycles through five phases of sleep throughout the night, with rapid eye movement (REM) being the last and deepest one. We usually enter this phase late at night or in early morning. This phase is typified by rapid breathing, a fluttering of the eyes under eyelids, and an inability to move.

Dreaming occurs during both REM sleep and non-REM sleep. Far more brain activity takes place in the REM phase, however. This is when most vivid dreaming occurs. We should get an average of two hours of REM sleep per night, according to the National Sleep Foundation.

Mood disorders anxiety and depression can be attributed or worsened by a lack of REM sleep. This relationship particularly with depression, is deeply troubling since many antidepressants actually suppress this phase. SSRI’s—the most popular kind, lop off about one-third of the REM sleep one receives, while tricyclics whittle it down by about half. But we still don’t know how long one can go without REM sleep before it begins to have an impact or how much one really needs, in order to be healthy. Despite these holes in our knowledge, the problem is thought to be widespread. 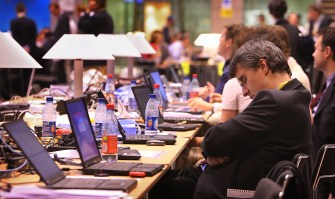 A shocking number of adults have reported falling asleep inadvertently during the course of the day. Credit: Getty Images.

A CDC report finds that sleep deprivation has gotten so bad, it’s now a public health problem. The report states that nearly 30% of adults get six hours sleep or less sleep per night, on average. Most adults require 7-8 hours nightly.

Another finding, around 30-40% of adults (depending on age) fall asleep inadvertently at least once over the course of a day. Imagine if this person is a bus driver or simply falls asleep at the wheel? A book out last year by Arianna Huffington also argues we’re engrossed in a sleep-deprivation crisis on a societal and perhaps global scale.

While this latest report by a sleep and dreaming expert heralds a similar message, it’s in some ways stranger and more worrisome. We don’t think of dreams as something associated with health. But they are. And a lack of them is concerning.

“We are at least as dream-deprived as we are sleep-deprived.” said Rubin Naiman, PhD author of the report. He’s a clinical assistant professor of medicine at the University of Arizona Center for Integrative Medicine. Dr. Naiman writes that REM sleep is crucial to proper health. In the report, he called our current situation a “silent epidemic of REM sleep deprivation.”

His findings, published in the journal, Annals of the New York Academy of Sciences, was a comprehensive review of all available data. In it, he talks about what causes REM sleep and dream loss and the reasons for it. “Many of our health concerns attributed to sleep loss actually result from REM sleep deprivation,” he said. 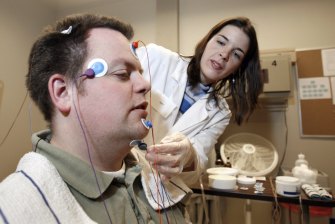 Some of the reasons given for the erosion of REM sleep are the use of medications, sleep disorders, substance abuse, and other lifestyle and behavioral factors. Dr. Naiman mentions alcohol and cannabis which are in widespread use today. These may help put one to sleep, initially.

But alcohol’s affect can wear off in the middle of the night, causing one to wake up and fail to get back to sleep. Both substances may actually inhibit REM sleep. Habitual marijuana users sometimes report dream suppression, which fades only after they cease using the substance.

Often, sleep deprivation has nothing to do with disorders, substance use, or medication, but is instead a consequence of social and occupational demands. Insufficient sleep syndrome is defined as a “voluntary chronic pattern of shortened sleep.” Although most people would argue it’s not voluntary, as they feel obligated by numerous social, work-related, and familial expectations.

Unfortunately, decreased sleep duration interferes primarily with REM sleep and so dreaming, according to Dr. Naiman. That’s because shorter hours of sleep will cause the body to the time to non-REM sleep. Further research must be done to find out more about how REM sleep’s suppression effects physical and mental health. This will hopefully allow experts to develop strategies in order to combat the dream deprivation epidemic.

To learn more about the science of sleep, click here:

Related
Starts With A Bang
Ask Ethan: What are white holes, and do they really exist?
In General Relativity, white holes are just as mathematically plausible as black holes. Black holes are real; what about white holes?
Life
Strange life forms create an “alien” ecosystem in an abandoned uranium mine
Slimy biofilms made up of bacterial and eukaryotic life forms have taken over an abandoned, flooded uranium mine in Germany.
Hard Science
Earth has an eerie “sodium glow,” and astronomers use it to image stars
Air currents in our atmosphere limit the resolving power of giant telescopes, but computers and artificial stars can sharpen the blur.
Health
How saliva changes the flavor of food
“It’s a liquid, but it’s not just a liquid.”
High Culture
Why are flood myths so common in stories from ancient cultures around the world?
Could the prevalence of flood myths around the world tell us something about early human migration or even the way our brains work?
Up Next
Technology & Innovation
6 Apps That Combat Depression and Anxiety
Our phones often help promote depression and anxiety. These apps are fighting back.