U.S. company Bioquark, in partnership with India’s Revita Life Science, has embarked on what it calls the “Reanima Project.” They’re going to attempt to resurrect brain-dead subjects. With all the necessary regulatory approvals somehow now in place, the companies will be leveraging stem cell therapy, nerve stimulation, and transcranial laser therapy to try to achieve the kind of brain regeneration that’s been seen in salamanders and sea cucumbers. In humans. Living humans. 20 of them, at the Anupam Hospital in Rudrapur, Uttarakhand India.

There are different standards for what constitutes “brain death,” depending on where you are, though some experts are working to reconcile the differences and establish an international standard. It’s unclear which one Reanima is using, but in India, where the project is taking place, the standard is brain stem death, which is met when essential components of consciousness and respiratory control stop working, producing an “irreversible loss of the capacity for consciousness combined with the irreversible loss of the capacity to breathe.” The U.K. and Canada also use this standard. 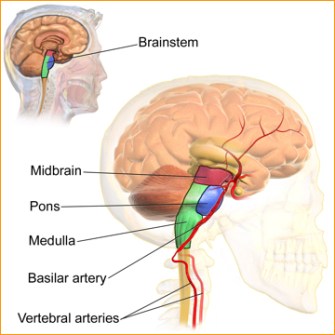 In the U.S. and a lot of Europe, the standard is “whole brain death,” the “irreversible cessation of all functions of the entire brain, including the brain stem.”

Which is just one thing that’s wrong with Bioquark’s plan. They plan to assess their success by looking for “reversal of brain death as noted in clinical examination or EEG.” An EEG detects electrical activity, but, as we noted above, a person with brain stem death could already have this, making it an odd standard by which to judge progress. A patient starting to breathe independently would be a better sign, but it’s not expected to happen.

Since no one has ever recovered from an accurate diagnosis of brain death, Bioquark’s goal isn’t really what we might think of as recovery anyway, truth be told. It’s more like “improvement.” Bioquark’s CEO Ira Pastor told Inverse that “even the transition from irreversible to a deep coma state would be a major win.” Maybe for his company, but not so much for the subjects. According to bioethicist L. Syd M Johnson, who recently wrote about the Reanima project, “There are not a lot of people who would consider being left in a permanent coma to be a ‘win.'” There’s quite a distance between a comatose state and normalcy.

One more thing: The Reanima Project’s another in a long line of questionable medical experiments using people from a low-income locale. While Bioquark asserts that the lower cost of intensive care in India is the reason the country’s been selected for the project, that reason’s often been given in the past as the rationale for being free to conduct experimentation on poor people whose rights tend to be less well-protected. Informed consent is not required for the brain dead in India, according to Dr. C.M. Gulhati, editor of medical journal Monthly Index of Medical Specialities. Even if it was, as Johnson told Big Think, “Imagine you’re a family grieving the unexpected death of a loved one, and some doctor comes along and offers to enroll your father, mother, daughter, or son in amazing new research that could reverse their death. If you’re like most people, you don’t really understand what brain death is, and you don’t understand how biomedical research works. Are you going to say no to bringing that family member back to life?” 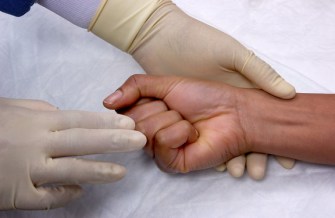 And what’s going to happen with the Reanima Project’s subjects after the study is complete? “Failure” means they’ll still be dead, while “success” means they’ll be comatose and in need of care for as long as they survive. We can only hope Bioquark intends to foot the bill.

Why we get earworms and how to get rid of them.