The World was supposed to be finished years ago. But the financial crisis of 2008 slowed construction. Work now has resumed on the artificial archipelago off Dubai. However, changing plans and obsolete satellite images make it curiously difficult to find out what The World actually looks like these days.

In the Hitchhiker’s Guide to the Galaxy, Douglas Adams dreams up the planet Magrathea, thriving on the ‘custom-made luxury planet building’ industry. The Magratheans design and manufacture entire planets for the wealthiest people in the universe. One of those planets was Earth, and one of its designers won an award for his work on the fjords of Norway.

There are no fjords (yet) on The World. That would make the resemblance to the HHGttG story even more eerie. For the collection of islands, 2.5 miles off the coast, also is a vanity project aimed at the astronomically rich. Only, it doesn’t look like they’re flocking to The World just yet. One obvious reason: much of it is still under construction. 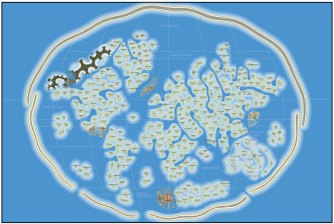 The World according to Dubai – or at least according to a leading Dubai property investment portal: Nakheel itself offers no clear maps at all. (Image courtesy of 2daydubai) 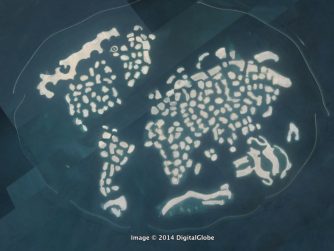 The World according to Google Earth. Notice the discrepancies with the ‘official’ map: no Pacific islands west of America, for example. (Image ©2014 Google Earth, DigitalGlobe)

The World was conceived by the ruler of Dubai, Sheikh Mohammed bin Rashid al Maktoum. Actual development was announced in 2003 by Nakheel Properties, which previously also started work on two similar offshore projects to the south of The World: Palm Jumeira and Palm Jebel Ali. Like those palm-shaped islands, The World is to be a mix of residential, commercial and recreational zones, surrounded by a circular breakwater island.

The big difference is that The World intentionally (if loosely) resembles a map of the world: an archipelago moulded in the shape of the continents, with individual islands named after countries (e.g. Niger, Burma), subnational entities (e.g. Iowa, Java) or even cities (e.g. Buenos Aires, Johannesburg). Given that geographic angle, it’s amazing how difficult it is to pin down the actual topography of The World.

By the end of 2006, 90% of the land reclamation was complete. So, plenty of islands for sale. With promotional flair, Sheikh al Maktoum donated an island to Formula One-driver Michael Schumacher as a gift for his final Grand Prix win in Brazil. Rumours that Richard Branson had bought Great Britain island, and Angelina Jolie and Brad Pitt had acquired Ethiopia island, turned out to be untrue. But they brought in some extra publicity.

The central ruse of The World – that islands named after countries would be particularly appealing to investors from those countries – seemed to be working well by 2008, with Turkey’s MNG Holdings snapping up Turkey island for $19 million, for example, and Zhonghou International from China announcing a hotel development on Shanghai island.

Juxtaposition also proved an interesting principle, with plans by Dubai-based investors to develop a $161 million wellness resort on one of the ‘Siberian’ islands – eat that Gulag Archipelago – and a pearling and marine entertainment center on one of the ‘Antarctic’ islands. 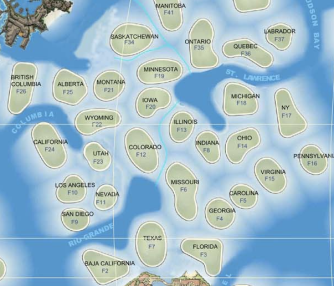 By the end of 2008, Nakheel announced 70% of The World had been sold. But the financial crisis that erupted late that year also hit the project hard. Property prices in Dubai collapsed. All of a sudden, both the project and the companies building it seemed less viable than a few months earlier.

John O’Dolan, an Irish investor who bought Ireland island in order to develop it into an Irish-themed resort (with the inevitable Irish pub, but also an imitation Giant’s Causeway on the shoreline), committed suicide in February 2009 following the financial difficulties of his Larionovo consortium.

Work on The World stopped dead in its tracks, at some point seemingly indefinitely. Press reports in 2011 that the islands were melting back into the Gulf were vigorously denied. 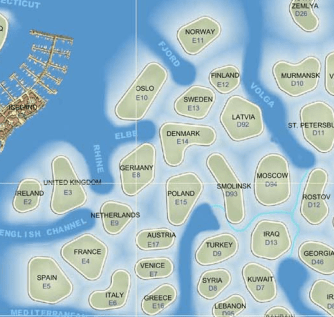 The Heart of Europe and environs, on the map (Image courtesy of 2daydubai) 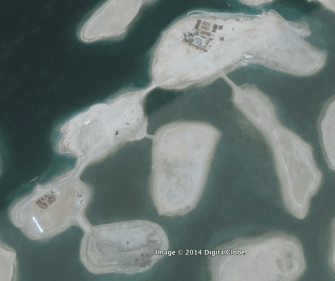 By 2010, with local property prices recovering from the worst of the recession – and Dubai pockets being fairly deep – it seemed that work was about to resume. Dubai-based Kleindienst Group announced it would start work on The Heart of Europe, a collection of six islands (including Monaco, Germany, St. Petersburg and Sweden islands; Netherlands island seems to have been renamed Europe island). But financial disputes between Kleindienst and Nakheel kept the development on hold until an out of court settlement was reached. Work resumed in earnest in January 2014.

Despite announcements over the years of island sales and grandiose development schemes throughout the archipelago, by the end of 2013 only two islands had effectively been developed. One being Lebanon island, with a Royal Beach Club rented out for corporate events, private parties  and public functions. The other one is Upernavik island in the Greenland area, which has a show home on it.

So what’s the future going to bring for The World? Amazing, luxurious, captivating things, if you believe the corporate blurb on The Heart of Europe website:

“Each island within The Heart of Europe will be modelled by different European countries, reflecting the very sights, sounds, aromas and tapestry that make these destinations so timeless and unique. The main Island Europe is designed with flavours from Vienna, Rome, Andalusia and Côte d’Azur, while the other islands bring the inspiration from Monaco, Germany, Sweden, Switzerland and St. Petersburg”.

* “The first rain and snow-lined streets [in the Gulf Region], made possible through German engineering and technology”.

* [A] number of unique floating villas with underwater rooms offering magnificent views of the spectacular sea world”. Why not add a few U-boats – made possible through German engineering and technology.

* “Some of Europe’s most talented street performers, from playful acrobats and dancers to eclectic artists and musicians”. That explains the disappearance of the guy down my street who will play La Marseillaise on his armpit for a can of beer.

* “Outdoor climate-controlled streets […] A concept that truly will bring European weather to Dubai!” This might actually scare off most European tourists. 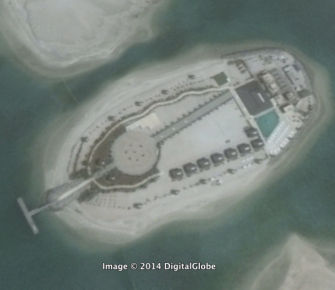 The website promises the imminent launch of Phase 2 of The Heart of Europe, on Sweden Island. But exact dates, also of the project’s overall completion, are impossible to find. We’re left wondering when The World will be finished. And whether they’ll find the time and the money to put in some prize-winning fjords.

Horses pranced around the western hemisphere until they went extinct in the late Holocene. They were reintroduced by European colonists — though where, when, and how has remained unclear.
Up Next
Technology & Innovation

The Future of Business Rests in Faith and Philosophy

While plenty of criticism is leveled at contemporary business practices that focus on short-term, i.e. quarterly, profit, this way of doing business is a historical aberration.