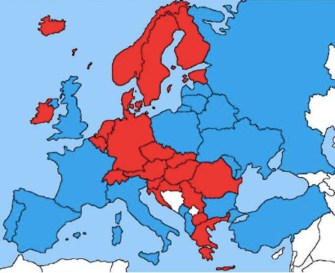 What do Iceland and Greece share that distinguishes them from what France and Poland have in common?

What does this map show? Don’t skip ahead. See if you can guess what it’s about. We’d be pretty amazed if you could.

It shows Europe divided into two blocs. That’s not unheard of in history. It’s just that these two are bafflingly unfamiliar. It’s not the EU versus the rest, nor NATO versus the Warsaw Pact. Not Triple Alliance vs. Triple Entente. Neither Napoleonic France and its satellites versus Britain and its allies. Rome vs. barbarians? Nope.

Let’s have a look at who’s actually in these two blocs.

These colours denote a difference that is intriguing because you probably never even realised it existed. After this, you won’t be able to ever un-see it. 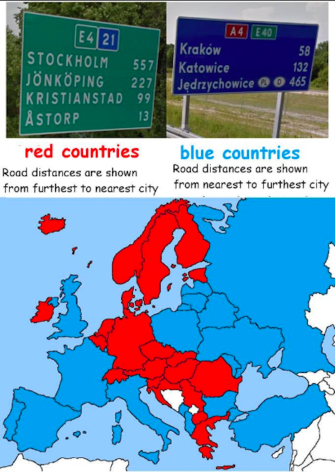 You may have never noticed, but you can’t un-know it now: red means ‘furthest first’, blue means ‘longest last’.

It’s quite likely you never gave a moment’s thought to the sequencing of distances on road signs. But plenty of traffic experts must have – and as this map shows, they’re divided in two diametrically opposed blocs. In the red one, ‘Furthest is First’; in the blue one, ‘Longest is Last’.Which option is better? That’s an esoteric riddle on par with the question of how many angels can dance on the head of a pin. To any but the most rabid exegetes of road signage, the answer is unimportant and trivial. And that’s precisely why this map is so fascinating. It scratches the surface of the world to reveal a layer of reality slightly outside the realm of the expected – at least to the vast majority of us. The result is a map that is arrestingly unfamiliar. A few other examples come to mind. 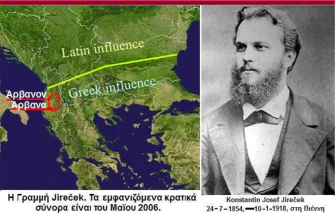 Some involve mysterious lines on the map that divide the world into two wholly unexpected halves. Take for instance the Jireček Line, which divides the Balkan peninsula into areas of Roman and Greek influence, based on archeological finds (see #128). 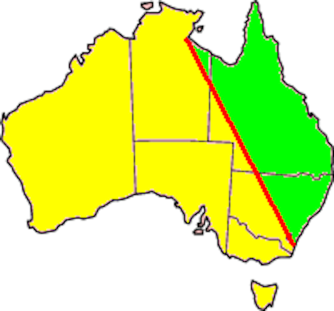 Or the Barassi Line, which cuts across the east of Australia from the Northern Territories to New South Wales, demarcating the part of the country, west and south of the line, where Australian-rules football is more popular, from the part to the line’s east and north, where rugby (league or union) sets more hearts racing. 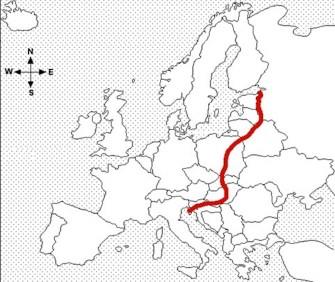 And then there’s the Hajnal Line, roughly from St Petersburg to Trieste, that divides Europe into two distinct zones of ‘nuptuality’: west of the line, marriage rates and fertility are comparatively low, even before the 20th century; to the east, both are (or were) comparatively high. Prior to relatively modern times, the late marriage pattern in Western Europe was fairly unique in the world. 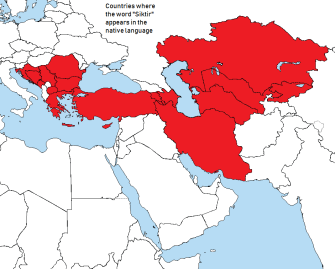 Here’s a map that fortuitously flashed up the screen a few days ago, showing a weird coalition of countries, from the western Balkans all the way to the borders of China.

Alexander the Great’s empire? Not quite. It’s a map of countries where the swear word ‘siktir’ (‘get lost’ or ‘f*ck off’) appears in the native language. Considering that these languages include members of the Romance, Slavic, Turkic families, that’s quite a feat (2).

Do you have any other examples of lines, colours and coalitions on maps that show the world in a different light? Let me know at strangemaps@gmail.com.

(1) The EU may consist of 28 (soon 27) members, but just five countries constitute around 80% of the bloc’s population and GDP: Germany, France, the UK, Spain and Italy.

(2) Croatia may be one country too many included on this map: speakers of that language report never using or hearing the word.

In terms of sheer productivity, “-gate” has no peer. Wikipedia’s list of -gates has over 260 entries.
Surprising Science

What happens when a leader in the purity movement gets a divorce?

Former evangelical pastor Joshua Harris has put himself in a difficult situation.