Over the past decade, 19,000 Africans have become dollar millionaires. Africa’s combined wealth has grown by 13% – 3% just in the last year alone. The combined individual wealth of all Africans is $2.3 trillion today – by the end of 2027, it will have increased by a third to $3.1 trillion. Clearly, it’s boom time in Africa.

This map offers a revealing perspective on the wealth of the continent. The African subsoil may be resource-rich in many places, but as elsewhere in the world, it’s in the great urban centres that money accumulates. And people too: by 2100, 13 of the world’s 20 biggest megacities will be in Africa. 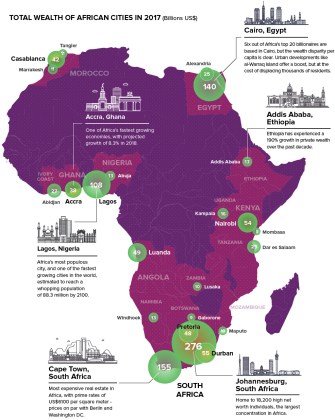 South Africa still boasts the main concentration of wealth in Africa, but no longer the only one.Image: Visual Capitalist

And this overview of Africa’s richest cities, based on the The AfrAsia Bank Africa Wealth Report 2018, indicates where clusters of wealthy cities are developing across the continent, as well as showing a few more isolated locations of money aggregation. 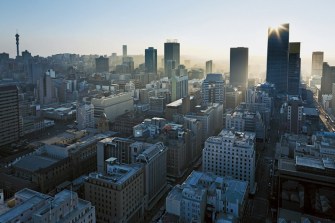 Fittingly, Africa’s richest city was built on gold – on the Witwatersrand Gold Rush of 1886, to be exact. It’s the commercial capital of South Africa and the wider region.

View of Cape Town’s City Bowl from Lion’s Head, with Signal Hill and Cape Flats in the distance

The city with Africa’s highest prime residential rates, at around $6,100 per square metre (similar to DC or Berlin) also is an important hub for financial services, retail and tourism. 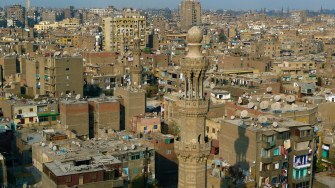 Real estate, financial services and construction are some of the key sectors in this city of 9 million, the biggest metropolis in the Middle East. 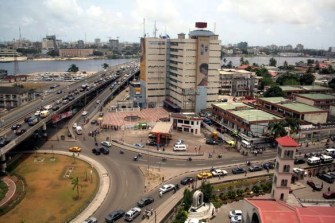 The Golden Plaza in Ikoyi, Lagos. On the left the Falomo Bridge to Victoria Island

It may no longer be the country’s capital, Lagos still is the gateway for 80% of Nigeria’s exports – and the centre of the burgeoning film industry, a.k.a. Nollywood. At 21 million inhabitants (2016 est.), it’s Africa’s largest metropolis, as well as one of the world’s fastest-growing cities. 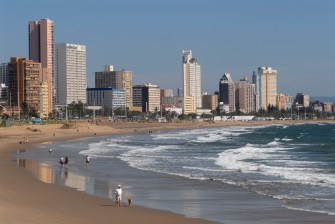 Subtropical Durban is South Africa’s third-biggest city (after Johannesburg and Cape Town), second-biggest manufacturing hub and biggest port, as well as a major tourist destination. Durban’s Gateway Theatre of Shopping is Africa’s biggest mall. It has 12,000 parking slots, 390 stores, 90 restaurants, more than a dozen movie theatres (including an IMAX theatre), a skate park designed by Tony Hawk, and the highest fountain in Africa. 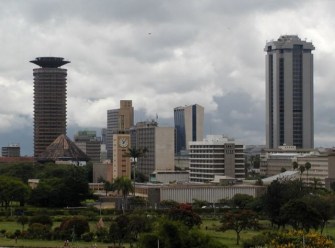 Kenya’s capital and largest city (metro area: 7 million) Nairobi is also known as the Green City in the Sun. Founded in 1899 by the British as a rail depot, the city today is home to thousands of Kenyan businesses, as well as the Nairobi Securities Exchange, Africa’s 4th-largest stock exchange; and regional hub for hundreds of multinationals. 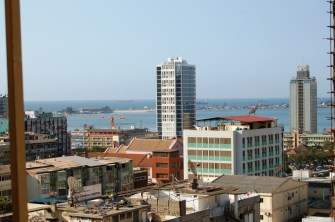 View of Luanda’s harbour, with the Restinga peninsula in the background

Luanda is the biggest city, major port and capital of Angola – and its metro area is home to one in three Angolans. While the majority of Luandans live in poverty, the booming oil and gas industry has created huge wealth for a minority (as well as a boom in banking and building). Luanda is one of the world’s most expensive cities for ex-pats, in part because of high import tariffs imposed to help pay for diversifying the economy.

The administrative capital of South Africa and the hub of the wider Tshwane metro area, Pretoria is also a centre for academia and R&D, as well as commerce and industry, including metalworks to car factories. 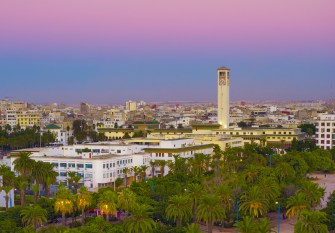 Officially ad-Dar al-Bayda in Arabic but informally known as Kaza, Casablanca is the largest city in the entire Maghreb region (metro area: 7 million), and its economic hub. It is important both as port city and financial centre. Major Moroccan and multinational companies are headquartered here rather than in the political capital Rabat. 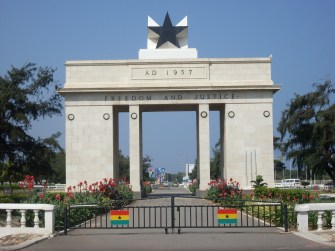 A merger of coastal settlements around British, Dutch and Danish coastal forts, Accra in 1957 became the capital of sub-Saharan Africa’s first independent nation. Today, it is a centre for manufacturing, marketing, finance, insurance, and transportation.

Over the next decade, the AfrAsia Bank’s report expects growth to remain strong in South Africa, Angola, Morocco, Egypt, Ivory Coast, Tanzania and Nigeria – not coincidentally countries hosting many of the hubs shown on this map.

But the strongest growth projections apply to some of the smaller countries in Africa: Uganda, Rwanda, Ghana and Mauritius.

The Knights Templar were not only skilled fighters, but also clever bankers who played a crucial role in the development of Europe’s financial systems.
The Present

Bitcoin’s creator owns five percent of the entire Bitcoin supply, meaning that he has a larger percent of Bitcoin than the U.S. has of gold.
Up Next
Starts With A Bang

On September 27, 1972, scientists performed the first test of Bell’s inequality. God does play dice with the Universe, after all.One of the most puzzling and counterintuitive aspects of quantum physics […]