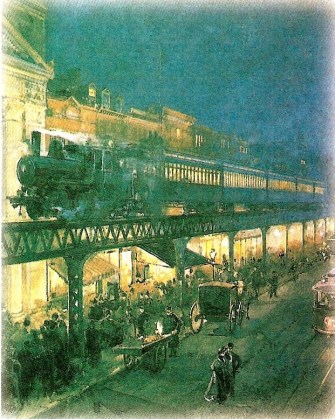 Socialism is a dirty word in American politics. For many, it stands for heavy-handed government intervention. It is the enemy of individual freedom. It reeks of the Gulag, and it can only end in self-inflicted impoverishment. You know, like in Venezuela.

Or it stands for freedom from want and fear, based on the principle of collective action. Because collective action generates superior outcomes in terms of public services, including but not limited to healthcare. You know, like in Denmark.

The argument is ongoing, and perhaps never-ending. Outlying voices on the left will argue that maybe Venezuela isn’t all that bad. Their counterparts on the right will make the point that perhaps Denmark isn’t all that great.

Is it too simplistic to presume that the truth is somewhere in the middle? Perhaps so, if it’s only one side that is making that argument.

If you define ‘socialism’ as anything paid by and operated for the public, then America already has plenty of socialist institutions, including its Armed Forces, its National Parks, and its Strategic Petroleum Reserve, those leaning towards the left would argue.

This map makes a similar point by claiming that half of New York is run on ‘socialist’ principles already. It dates from 1895, proving that socialism has been providing combustible material for political debate in America since way before the Cold War, and even the Russian Revolution.

New York City is only half capitalist (white) because it is already half socialist (red) – a striking cartographic argument by W. Vrooman in 1895.Credit: PJ Mode Collection of Persuasive Maps – public domain

The map appeared in “Government Ownership in Production and Distribution,” a book published in Baltimore in 1895, subtitled “An Account of 337 now Existing National and Municipal Undertakings in the 100 Principal Countries of the World.”

The author was Walter Vrooman, a socialist reformer who saw ‘fraternal socialism’ as the logical – and indeed inevitable – next step, following the present system of ‘paternal individualism.’

Born in 1869 in Macon, Missouri as one of Judge H.P. Vrooman’s six sons, Vrooman became a Christian Socialist and ran away from home at age 13 (or perhaps the other way around). He also managed to get into Harvard some years later.

In the 1890s, as a reporter for the New York World, “Vrooman was always heroic, seldom tactful, and once successful in his two-year drive for parks and playgrounds for New York’s children. That he attained the unique success as a news gatherer few would dispute, for ‘he created most of the news he reported’. (1)”

His 1895 book gives hundreds of examples worldwide of activities taken over by municipal and national governments from private enterprise. Over the centuries, societies have nationalised services that affect the public realm, such as policing and the dispensing of justice, designing and maintaining streets and pavements, distributing utilities, providing public transport, etcetera.

Even New York, capitalist America’s premier metropolis, can’t survive without socialism, this map argues. “Although the centre of plutocratic lawlessness in America, (it) shows that nearly one-half of (New York’s) surface is administered by the public, by means of City, State and National governments, for the common benefit of all the people.”

In 1895, Vrooman married a Baltimore heiress and a few years after, they travelled to England, where he studied at Oxford and helped establish Ruskin College, which offers education to the disadvantaged.

He may not have turned New York red, but he did do his part in keeping parts of the city green.

Esoteric evidence points to a ritual performed by Queen Elizabeth’s court magician John Dee.
Up Next
The Present

The new tool may someday be used in work that needs a light touch.