A noble attempt at fighting viral racism. But is it telling only half the story? 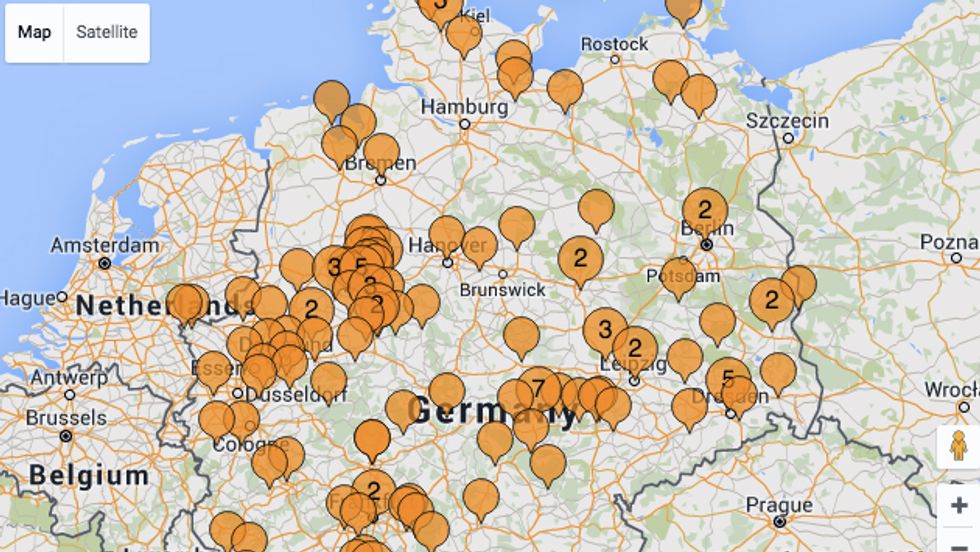 As the tide of refugees rises in Europe, so does the frequency and amplitude of some very nasty rumours about these "others."

These rumours echo historical slander against Jews, Gypsies, and other groups of outsiders previously seen as threatening. You’ve probably heard variations of some of these:

Their customs are barbaric and they hold ours in contempt; they don’t feel bound by our rules and laws; they get preferential treatment from the government; they harass, rape, and kill; they have too many children, and they’re here to "take over."

Many of these stories are very specific and detailed, and thus sound convincing. Yet they usually have no clear source, and often they grow taller in the telling. It’s the classic urban legend syndrome, seasoned with a dose of racism — and enhanced by Twitter, Facebook, and other modern means of communication.

One concerned German netizen has decided to fight back against this rising tide of viral xenophobia.

“Since the middle of last year, we’re witnessing an increasing trend of rumours about asylum seekers going viral — ranging from them poaching swans to desecrating graves. Those stories are collected here,” writes Karolin Schwarz on Hoaxmap, which has gone live on 8 February.

Hoaxmap uses a map of Germany and Austria as the geographic backdrop for a growing collection of rumours reported and invalidated. Each rumour is described, dated, localized, categorized — and refuted, with a link to the evidence.  Some examples:

By far the most widespread rumour involves sex crimes committed by refugees.

And on and on it goes. The rumours, 200 and counting, are depressingly repetitive. They paint a picture of a world in which all of Germany's and Austria’s horses and swans are rapidly disappearing into refugees’ cooking pots; towns and cities are handing out money, mobile phones, and other favours to ungrateful, thieving newcomers; and girls and women are no longer safe to walk the streets, for fear of being raped and killed.

But most of all: They reflect a world in which these rumours are fabricated, out of fear or malice, and are spread faster than ever before, via social media. Even if lies like these are refuted by the traditional press, most people remember the screaming front-page headline, not the grudging correction buried on page 54. Intentionally or not, these rumours create a climate in which extremist attitudes and politics can thrive.

So at the very least, Hoaxmap is a noble attempt to fight back against the rising tide of hate for "others." But perhaps its good intentions are also a fatal flaw. Case in point: Zoom in on Cologne. Nothing. As some will recall, the city on the Rhine was the scene of mass assaults last New Year’s Eve, reportedly perpetrated by as many as 1,000 men of foreign extraction, with numerous thefts and some rapes reported to the police.

Quite probably, these incidents fueled some of the hoaxes reported after 1 January — exposing the complex relationship between actual news and malicious rumour. By only reporting refuted incidents, Hoaxmap is vulnerable to the criticism that it obscures the magnitude of a very real problem. Would it not be more useful to produce a map that tracks both real and false incidents?

Map found here (in German only). Many thanks to Peter Dupont for pointing it out.