How the World Economy Will Grow through 2024, Country by Country

This is how the world economy will grow through the year 2024, as predicted by Harvard University's Center for International Development (CID). 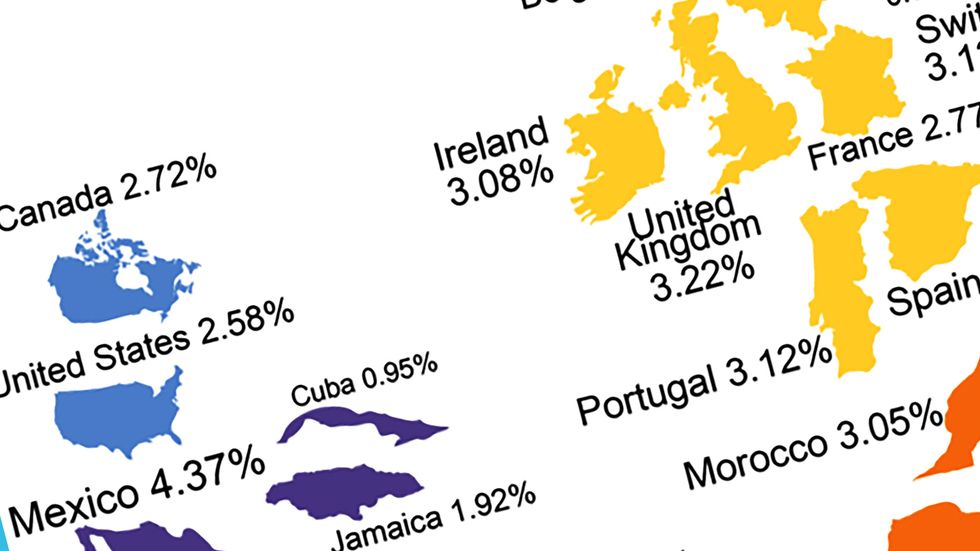 Reading this map requires two leaps of the imagination. First, picture a world in which every country keeps its shape, but all countries have the same size. The Netherlands and Canada, Singapore and Brazil: all equally big. But then, inflate the size of each country to reflect annual economic growth from 2016 to 2024, as predicted by Harvard University's Center for International Development (CID).

That's why India is the biggest country on this map: The CID forecasts an annual growth rate of 6.98 percent for India, more than any other nation on Earth. And more than China, much smaller because it has to content itself with a mere 4.28 percent (at #27).

At the lower, smaller end of the scale, we find many of the "mature" markets that constitute the developed world — for now. The CID predicts Germany will grow by no more than 0.35 percent per year between now and 2024, according it the last but one place in the list, at #120. It is dwarfed even by middle-league neighbours such as Belgium (2.61 percent) and Switzerland (3.12 percent). Australia will fare little better, with 1.07 percent. And even the U.S. (2.58 percent) is bested by Mexico (4.37 percent).

On the other hand, some poor countries will only manage "mature" growing rates, including Cuba (0.95 percent), and Libya (1.04 percent).

It should be pointed out that these predictions were made over a year ago, and thus fail to take in such factors as Brexit and Trump.

Map sent it by Raul Amoros, found here at howmuch.net. More interesting cartography at the CID's Atlas of Economic Complexity.