It’s 1923, and you’re a British surveying expedition stuck deep in the interior of the Gold Coast (after independence in 1957, Ghana). The month of the year doesn’t matter: in this corner of tropical West Africa, it’s probably too hot for most of you Brits anyway.

The monumental work is almost done. Just one hill remains to be surveyed, but it’s in a particularly inaccessible part of the colony. And that makes it one hill too many for a vocal minority of the surveyors. But mutiny is avoided by an original proposal. What if we just doodle a contour line on the map, pack up our gear and return to dear old Blighty?

And thus it happened. Nobody would have known about this dereliction of cartographic duty were it not for the fact that the line in question, connecting dots supposedly at an elevation of 300 feet, has the exact shape of… an elephant.

The Gold Coast Elephant as shown on QI.

Apparently, the group of young army officers took the image of the elephant out of a magazine they had with them and traced it on the map – a deception that was not picked up on until well after publication. In fact, some maps published years after 1923 still indicate the elephant hidden in the map. 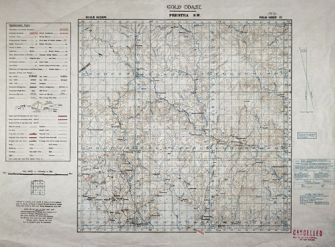 Sheet 17 of the Gold Coast Survey, containing the fictitious elephant (close to the top left corner, near the oblique inscription).

The Gold Coast Elephant occurs in the west of the Gold Coast, close by the words Ejamoli-Nzim, an enigmatic inscription the meaning of which is unclear. Not much more is known of the elephant, which was featured in an episode of the BBC trivia quiz QI, and is mentioned briefly on the British Library website. Any more information is very welcome. 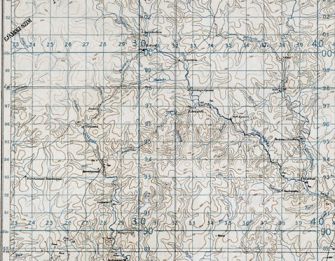 Detail of sheet 17, showing how invisible the elephant is, and why he could have remained undetected for so long.

Finally: the Gold Coast Elephant is completely fictitious, and should not be confused with the Southern Ontario Elephant, which does actually live in a map (#340); the South Sudanese Elephant, which inhabits the imagination of the local urban planners (#477), or the elephant whose trunk symbolises the @ in Scandinavia (#669).

Many thanks to Guy Yedwab for sending in this map.

A new study upends a long-standing theory on how the brain plans motor actions in uncertain environments.
Up Next
Culture & Religion

The Internet is a creative place, and it just became a whole lot more artistic. Over 400,000 high-resolution digital images have gone public domain thanks to The Metropolitan Museum of […]