An apple a day keeps the doctor away. But eating that apple is not enough. Where you eat it matters almost as much.  At least it did in the mid-19th century, as demonstrated by these two maps.

They show the territory of the United States divided, for the purpose of medical insurance underwriting, into zones with different levels of ‘safety’. Clearly, the insurance companies considered the area of residence a relevant factor in calculating the risk that the policy would need to be paid out. 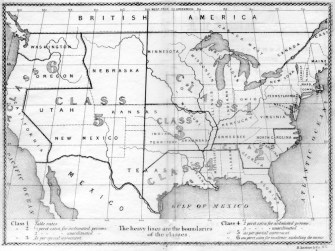 The first map, dating from 1855,  divides the states and territories of the time into six classes: 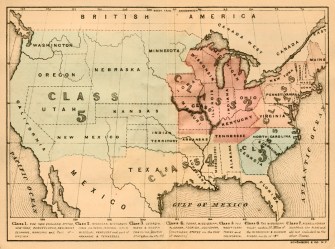 The second map, in colour, dates from 1860. It shows a significant reshuffle of the Classes, more in line now with state borders. Especially noteworthy is Class 6, which is centred on [t]he Mississippi Valley, within 10 Miles of the Mississippi & Missouri Rivers, north of 36˚.

This is “a special category based on malaria regions along the Mississippi Valley,” says Mark Teitelbaum, who sent in these maps.

Since moving to Big Think, there’s a viewpoint I’m encountering more and more often. This belief holds that the New Atheism is tilting at windmills, because most religion is moderate […]