Satellite navigation (SatNav) is a lot older than previously thought. In fact, it’s even decades older than man-made satellites themselves. This fantastic contraption, called the ‘Routefinder’, showed 1920s drivers in the UK the roads they were travelling down, gave them the mileage covered and told them to stop when they came at journey’s end. 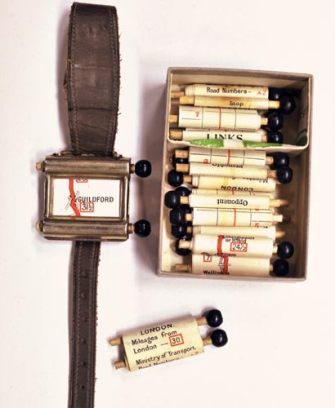 The technology – a curious cross between the space age and the stone age – consisted of a little map rolled up inside a watch, to be ‘scrolled’ (literally) as the driver moved along on their route. A multitude of scrolls could be fitted in the watch to suit the particular trip the driver fancied taking.

The system has several obvious drawbacks – a limited number of available journeys, and the inability of the system to respond to sudden changes of direction. Also: no warning of road works or traffic jams ahead. 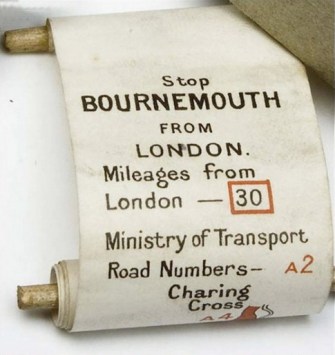 Not that there were that many traffic jams in 1920s Britain. The Routefinder, one of many bizarre patented gadgets now on display at the British Library, didn’t take off: there were too few drivers, i.e. potential customers, at that time in Britain. It may also have been a bit impractical, distracting drivers from what they were supposed to watch – the road. 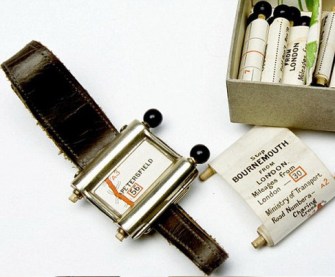 Many thanks to Toni Hudzina for sending in a link to this story. Images found here on Mr Muffin Blog.