Europe and Queen were two pretty awful soft metal bands from the Eighties. Fortunately, neither has anything to do with this anthropomorphic map of Europe as a queen, also known as Europa regina.

The map was made in 1570 in Basel (Switzerland) by cartographer Sebastian Munster. During the late 16th century, a few map makers created this type of map, wherein countries and continents were given human or animal forms. Among the earliest examples is this map of Europa by Munster, which appeared in his Cosmography. 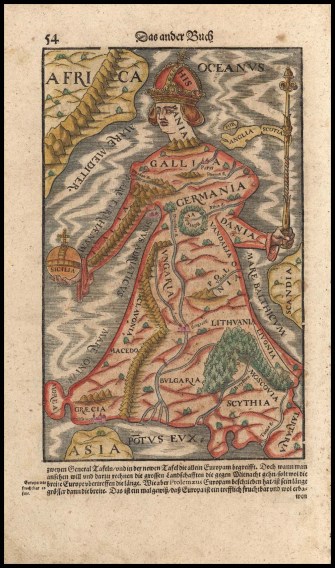 It’s unclear whether the correspondence between these nations and body parts is indicative of some kind of hierarchy among European states:

Surely they can’t be worse…can they?
Up Next
Strange Maps