People Love To Identify As "Introverts" — But What Does That Term Actually Mean?

The popular concept of introversion often differs from how psychologists define the term, but a new model seeks to clarify exactly what being an introvert means. 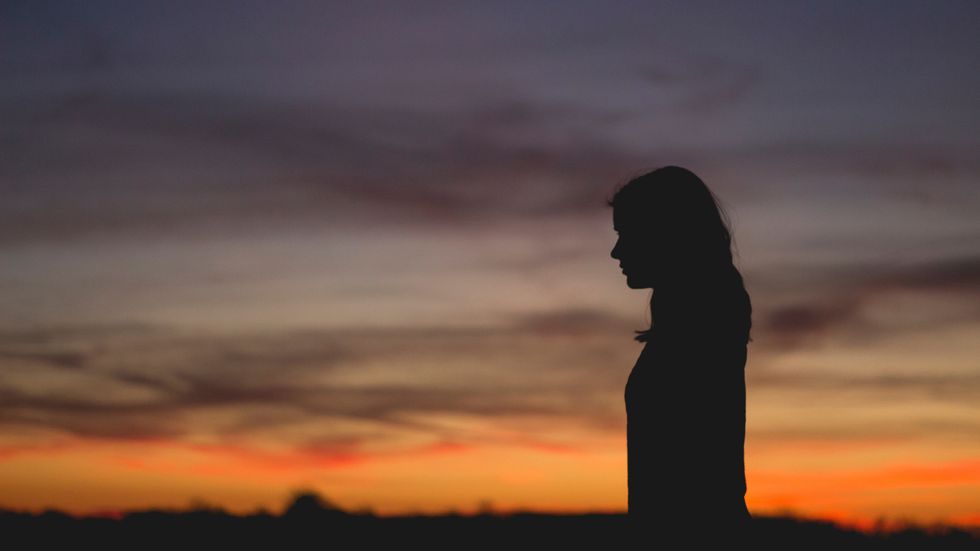 Why does it seem trendy to be — or at least call yourself — an introvert?

The label “introvert” hasn't always been fashionable. It used to carry mostly negative connotations in the West, where traits associated with introversion — quiet, reserved, reflective — aren’t exactly as championed. Some have even considered introversion a behavioral defect.

But in recent years, articles about introversion have become ubiquitous, especially in the BuzzFeed listicles: 37 Jokes That’ll Make Introverts Think “Yep, That’s Me” or 21 Pictures You’ll Only Understand If You’re Introverted. There have been best-selling books on the subject, like Susan Cain’s 2012 Quiet: The Power of Introverts in a World That Can’t Stop Talking. And, of course, numerous TED Talks.

Extraversion doesn’t get the same praise. I can’t recall reading an article or having a conversation in which someone felt the need to champion or defend extraversion, or drop the fact that they’re a bit of an extravert in that humble-brag way that self-identifying introverts do.

So, why the hype? Could it be the result of people trying to excuse unhealthy behavior, possibly aided by a misunderstanding of introversion?

“What troubles me, however, is the blurring of lines between introversion and other personality traits,” writes Sugandha for the Huffington Post. “... we have also been OKing, perhaps indeliberately (or perhaps not), the dark side of introversion—often and almost always made up of one or all of quirks such as a compulsive and unjustified hate of other people, an intolerance for difference of opinion, elitism, thanklessness rooted in narcissism, unfriendliness, or worse, an "ugh I hate the world" attitude that isn't exactly healthy.”

It’s hard to say exactly why introversion is having a “cultural moment.” But what's clear is that many people have an incomplete understanding of the term.

“When you survey a person on the street, asking them to define introversion, what comes up as the prototypical characteristics ... are things like thoughtful or introspective,” said Jonathan Cheek, a psychology professor at Wellesley College.

Neither of these terms, however, are found in the scientific literature, where conceptualizations of introversion have differed over the past century.

So what exactly is introversion?

Carl Jung popularized the terms “introversion” and “extraversion” (spelled with an “a” by Jung) in his 1921 paper 'Psychological Types'. The main idea behind his definition was that introverts focus their “energy” inward, while extraverts focus it outward:

“Extraversion is characterized by interest in the external object, responsiveness, and a ready acceptance of external happenings, a desire to influence and be influenced by events, a need to join in… the capacity to endure bustle and noise of every kind, and actually find them enjoyable, constant attention to the surrounding world, the cultivation of friends and acquaintances… The psychic life of this type of person is enacted, as it were, outside himself, in the environment.”

Another way of thinking about the two terms is how a subject relates to an object in the world, as Jung wrote:

“Whereas the extraverted type refers preeminently to that which reaches him from the object, the introvert principally relies upon that which the outer impression constellates in the subject.”

Psychologists have expanded Jung’s concept of introversion and extraversion over the past century, but it eventually became the foundation of many of tests used to measure personality — notably the Myers-Briggs Type Indicator and the Big Five personality traits.

Now, finding out if you’re an introvert or not depends on which book you read, as Scott Barry Kaufman of Scientific American points out in this list of popular definitions of the term:

What’s consistent across these definitions of introversion is Carl Jung's basic idea: that introverts tend to focus their energy inward.

Still, some psychologists argue that introversion is too broad a term, and that scales like the Big Five personality traits impose a possibly incomplete or skewed definition of introversion upon people. That’s why Jennifer Odessa Grimes and Cheek developed a more comprehensive model of introversion in their paper Four Meanings of Introversion: Social, Thinking, Anxious and Restrained.

Dubbed STAR, the model contains four dimensions of introversion. People can display traits in one dimension, or a combination of all four. Here’s a brief description of each:

The STAR model is more about expanding the definition of introversion than it is correcting popular misconceptions.

“Many people do not feel identified or understood just by the label introversion as it's used in the culture or by psychologists. It doesn't do the job — it helps a little bit, but it just doesn't get you very far,” Cheek says. “It turns out to be more of a beginning.”

Grimes, Cheek, Julie Norem and Courtney Brown created an introversion test based on the STAR model, originally published in Scientific American. You can take it below:

To find out where you stand on each of the four meanings of introversion, answer the following questions by deciding to what extent each item is characteristic of your feelings and behavior. Fill in the blank next to each item by choosing a number from the following scale:

____ 1. I like to share special occasions with just one person or a few close friends, rather than have big celebrations.

____ 2. I think it would be satisfying if I could have very close friendships with many people.

____ 4. I like to vacation in places where there are a lot of people around and a lot of activities going on.

____ 5. After spending a few hours surrounded by a lot of people, I am usually eager to get away by myself.

____ 7. Just being around others and finding out about them is one of the most interesting things I can think of doing.

____ 9. Other people tend to misunderstand me—forming a mistaken impression of what kind of person I am because I don’t say much about myself.

____ 10. I feel drained after social situations, even when I enjoyed myself.

____ 1. I enjoy analyzing my own thoughts and ideas about myself.

____ 4. When I am reading an interesting story or novel or when I am watching a good movie, I imagine how I would feel if the events in the story were happening to me.

____ 6. I generally pay attention to my inner feelings.

____ 7. I value my personal self-evaluation, that is, the private opinion I have of myself.

____ 8. I sometimes step back (in my mind) in order to examine myself from a distance.

____ 9. I daydream and fantasize, with some regularity, about things that might happen to me.

____ 1. When I enter a room I often become self-conscious and feel that the eyes of others are upon me.

____ 2. My thoughts are often focused on episodes of my life that I wish I’d stop thinking about.

____ 3. My nervous system sometimes feels so frazzled that I just have to get off by myself.

____ 5. Defeat or disappointment usually shame or anger me, but I try not to show it.

____ 6. It does not take me long to overcome my shyness in new situations.

____ 7. I feel relaxed even in unfamiliar social situations.

____ 9. My secret thoughts, feelings, and actions would horrify some of my friends.

____ 10. I feel painfully self-conscious when I am around strangers.

____ 3. For relaxation I like to slow down and take things easy.

____ 6. I generally seek new and exciting experiences and sensations.

Next, add together all the numbers to come up with a total score.

Here's a guide of how you scored compared to others in the general population: