Hawaii continues its history of progressive climate policy by pledging to become carbon neutral by 2045, a move that would make it the first such state in the country. 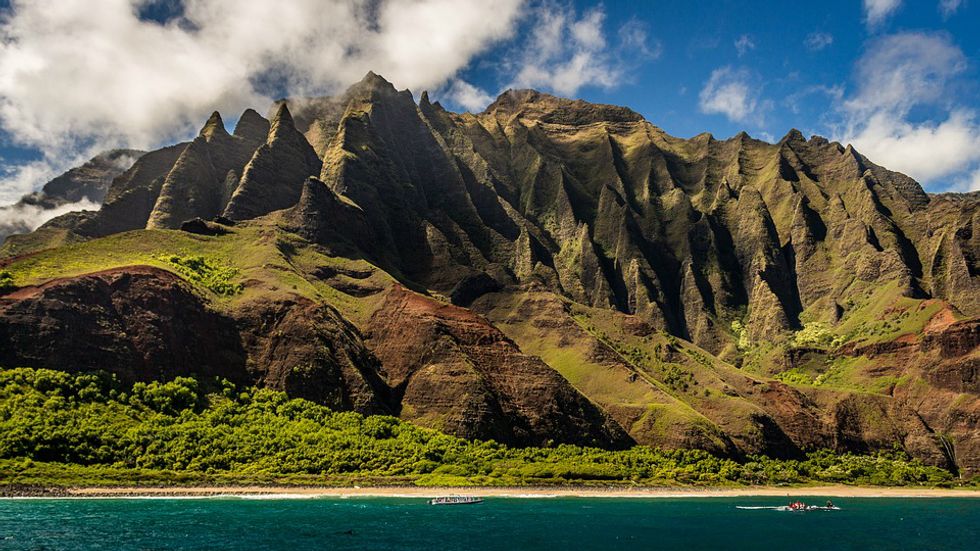 Hawaii Governor David Ige signed a bill on Monday that puts the state on track to become carbon neutral by 2045. It would be the first U.S. state to do so.

“We’re on the forefront of climate change impacts,” said Scott Glenn, who leads the state’s environmental quality office. “We experience it directly and we’re a small island. People feel the trade wind days becoming less. They notice the changes in rain. They feel it getting hotter. Because we are directly exposed to this, there’s no denying it,” he said, adding that state lawmakers are “unified in acknowledging that climate change is real and that we do need to do something about it.”

Hawaii has led the nation on climate policy in recent years. The state was the first to adopt the Paris Agreement goals as state policy after the U.S. exited the accord last year. In 2015, the state passed a law pledging to move to 100 percent renewable electricity by 2045.

“This isn’t just about getting off of fossil fuels. It’s as much about that as is saving money for the average consumer here in a place where we expend millions of dollars importing fossil fuels every year and the faster we can get off of that, the faster we can save money and boost our economy,” said State Rep. Chris Lee, D-Kailua-Waimanalo.

Ige also signed two other bills on Monday that will help Hawaii achieve its climate goals.

One creates a carbon offset program that will restore forests by planting trees. The second will require developers to conduct a sea-level rise analysis in environmental impact statements before building. The governor said that’s “just plain common sense,” considering high sea levels threaten to cause $19 billion in economic losses to homes, beaches, and roadways along the state’s shorelines.

“This bill to go carbon neutral by 2045 will tie together these efforts—clean energy and emissions reductions—into one that focuses on decarbonising our economy and restoring our native habitat through carbon offsets to do reforestation and carbon farming,” Ige wrote on his Facebook page.

Hawaii Governor David Ige speaks at a community meeting in the aftermath of eruptions from the Kilauea volcano on Hawaii's Big Island on May 7, 2018 in Pahoa, Hawaii. (Photo by Mario Tama/Getty Images)

U.S. Climate Alliance executive director, Julie Cerqueira, said Hawaii serves as a role model for the rest of the world.

“As we try as a global community to stay within two or one-and-a-half degree temperature rise, going carbon neutral is something that is absolutely essential and so, if Hawai’i can be one of the first to figure out how to do that, what that pathway is, it can really help to inform, not only other states but other cities, national governments as to how they can be champions and leaders in this area as well.”

The status carbon neutral means an area doesn’t release more carbon dioxide into the atmosphere than it absorbs, a balance typically achieved through offset measures like planting trees. So far, the South Asia country of Bhutan is the only nation to have achieved carbon neutrality, though countries like Iceland, Costa Rica, Norway, Sweden, and New Zealand have pledged to do so.

Hawaii is well on its way to joining them. The state currently has the ninth smallest carbon emissions level in the U.S., according to the Energy Information Administration.

Ige seemed optimistic about the legislation.

“We see tremendous potential for restoration, protection and management of forest areas in Hawaii to offer cost-efficient climate change mitigation,” the governor said. “That’s why this framework for capturing carbon through reforestation and carbon farming is an important step forward.”