The Lawrence Livermore National Laboratory has been working for years to preserve the estimated 10,000 videos of nuclear bomb tests made by the U.S. government during the Cold War. 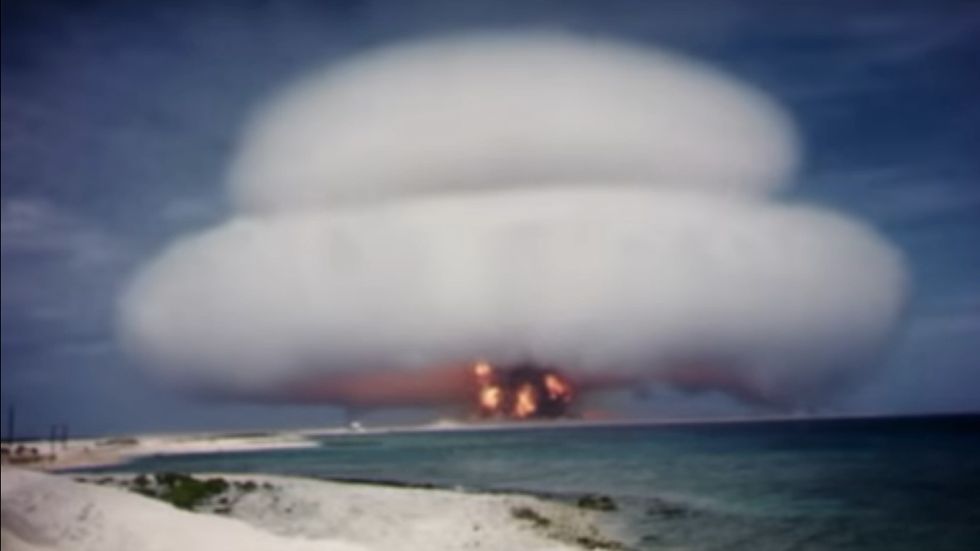 The U.S. military detonated more than 200 atomic bombs during the Cold War era as part of nuclear weapons testing. Each detonation was carefully recorded by multiple cameras filming at 2,400 frames per second. In 1962, that footage effectively became some of the only data available to scientists studying nuclear weapons after the U.S. agreed to stop all above-ground nuclear testing.

But over the years those films were scattered across the country in various classified archives.

Recently, a team at the Lawrence Livermore National Laboratory (LLNL), a federal research facility, released about 250 declassified videos of U.S. nuclear tests as part of a long-term project to restore and digitize the footage, which might have been lost to time had it not been for the preservation effort.

“The goals are to preserve the films’ content before it’s lost forever, and provide better data to the post-testing-era scientists who use computer codes to help certify that the aging U.S. nuclear deterrent remains safe, secure and effective,” reads a press release published on the LLNL website.

In past decades, scientists had to manually analyze nuclear testing footage. It was a long and often inaccurate process.

“When you go to validate your computer codes, you want to use the best data possible,” LLNL nuclear weapons physicist Greg Spriggs said. “We were finding that some of these answers were off by 20, maybe 30, percent. That’s a big number for doing code validation. One of the payoffs of this project is that we’re now getting very consistent answers. We’ve also discovered new things about these detonations that have never been seen before. New correlations are now being used by the nuclear forensics community, for example.”

Here’s a quick look at some of the declassified videos.

The NUTMEG detonation took place in 1958 on the surface of the Bikini Atoll at the Pacific Proving Grounds, a name the U.S. government gave to a series of sites in the Marshall Islands near Micronesia. A total of 35 nuclear weapons would be detonated nearby that year as part of Operation Hardtack I.

Detonated on May 27, 1956, Zuni was the first-ever test of a three-stage thermonuclear weapon. It was later developed into the Mk-41 bomb, the most powerful weapon ever deployed by the U.S. military.

In 1962, the U.S. military detonated Johnnie Boy, a portable atomic bomb, at the Nevada National Security Site about 65 miles northwest of Las Vegas. Now, thousands of tourists sign up each year to visit what the L.A. Times described as a “radioactive ghost town.”

Spriggs said he hopes the project supports nuclear deterrence around the world.

“It's just unbelievable how much energy’s released,” Spriggs said. “We hope that we would never have to use a nuclear weapon ever again. I think that if we capture the history of this and show what the force of these weapons are and how much devastation they can wreak, then maybe people will be reluctant to use them.” Victoria Wyckelsma & Peter John Houweling
KIRILL KUDRYAVTSEV/AFP via Getty Images
Surprising Science
Some people just aren't bothered by the cold, no matter how low the temperature dips. And the reason for this may be in a person's genes.
Keep reading Show less
genetics human body biology weather dna