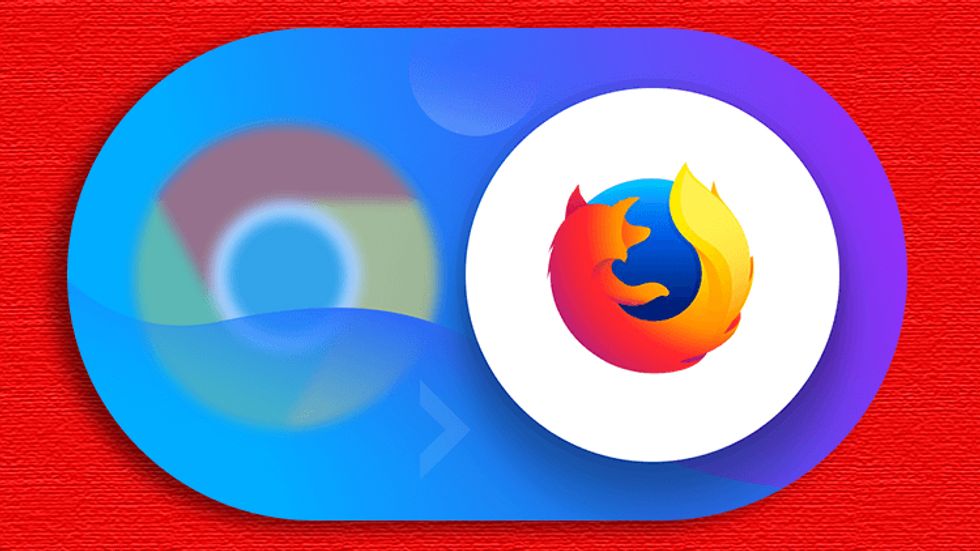 The revamped Firefox is faster, sleeker, and safer, with more native privacy tools, than past iterations of the browser. That’s undeniable. But the question is whether the non-profit browser can compete with Google Chrome, the world’s leading browser with 67 percent of the market compared to Firefox’s 12 percent. “If they don’t trust the web, they won’t use the web,” Mark Mayo, Mozilla’s chief product officer, told The New York Times. “That just felt to us like that actually might be the direction we’re going. And so we started to think about tools and architectures and different approaches.”

So, how does Firefox differ from Chrome?

In many ways, the two browsers come with similar features and performance ratings. For example, some tests show Chrome is slightly faster than Firefox in many of web use, but that edge seems to be barely noticeable.

Other tests show that Firefox tends to outperform Chrome when users open many tabs. Some analysts claims Firefox uses less battery than Chrome, but that seems to depend on how you’re using the browser.

Mozilla also seems to edge out Google in certain areas of privacy. Firefox comes with a tracking protection feature that identifies and blocks third-party trackers from recording your browser data across multiple websites. Chrome only offers this as an extension.

Firefox users can also download an extension called ‘Facebook Container’ that prevents the social media platform from following you around the web and tracking your data so it can target you with ads.

“Firefox does seem to have positioned itself as the privacy-friendly browser, and they have been doing a fantastic job improving security as well,” Cooper Quintin, a security researcher for the Electronic Frontier Foundation, told The New York Times. “On the other hand, Google is fundamentally an advertising company, so it’s unlikely that they will ever have a business interest in making Chrome more privacy friendly.”

Another fundamental difference is that Firefox has been a browser that’s committed to the idea of open source software since it first launched in 2002. That means anyone can look at the browser’s code to see how it works and what it’s up to, unlike Chrome.

Beyond privacy, Firefox also offers many options for customization. Users can change the themes of the browser and even rearrange the address bar and buttons however they like. Also built-in to the browser are user-friendly options like Reading Mode and Tab Groups.

To be sure, Chrome does have certain advantages over Firefox: a greater number of apps, Chromecast capability, easier integration with other Google and Android services, to name several.

But for those who consider privacy and trustworthiness paramount in a web browser, Firefox does seem to be the best long-term choice. The reason is simple: Unlike Chrome, Firefox isn’t the browser making money off of tracking user data and advertising.