Which States Are Best for Working Moms?

You might already have the lived experience of how difficult it can be to work and be a mom at the same time. But you might not have thought about how where you live plays a role. 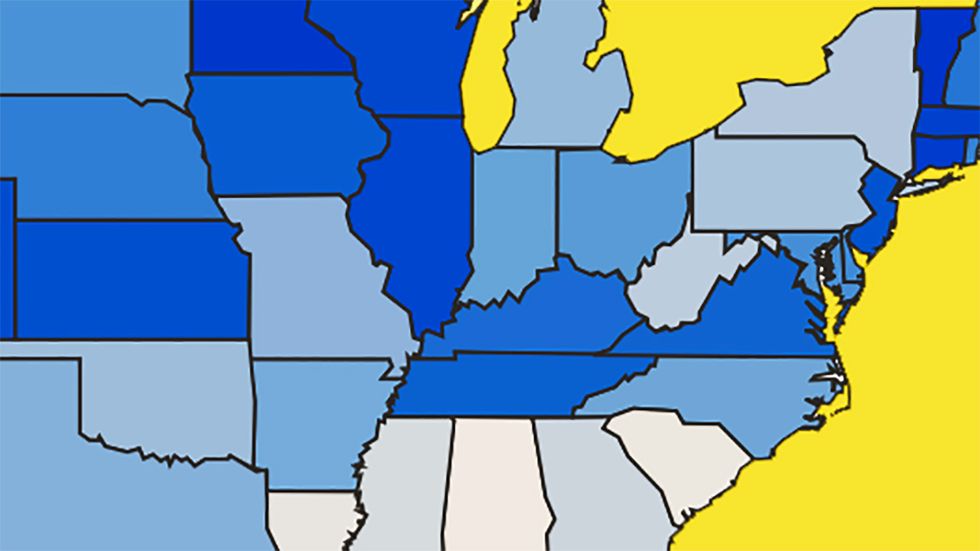 Around Mother’s Day weekend a timely topic is how mothers are doing in the workplace these days. It’s no news that women are still struggling to make as much as their male counterparts on the job. The gender pay gap has been an issue for a long time, and motherhood seems to set the disparity even higher. But inequality isn’t the only difficult thing about being a working mother. There are questions of career advancement, paying for childcare, and paying for everything else that kids need. Who has the ability to make sense of it all?

The company WalletHub recently stepped in with research showing the best and the worst states for working mothers to live in as of 2016. The study looks at three broad factors: childcare, professional opportunities, and work-life balance. At an individual level, that means questions like which states have the best quality of daycare, the highest median salary for women, and the most generous parental leave policies.

States that scored high overall as great places for working mothers include Vermont, Minnesota, Connecticut, and North Dakota. On the other end of the spectrum were the states of Nevada, Alabama, South Carolina, and Louisiana.

See the highest and lowest scoring states by color intensity below:

Sheryl Sandberg, COO of Facebook and outspoken advocate for women in the workplace, recently published a viral Facebook post about her own experience as a single working mother. She called for support of working mothers, particularly those without many resources, as well as legal reforms to mandate paid maternity leave.

Rankings of any kind are always subjective, so it would be intriguing to see the same study done using different variables. How do the industries available in each state impact women’s work options for instance? The data is a good conversation piece however, and bears thinking about further in the post-Recession economy.