What Jesus Means to a 21st Century Jew 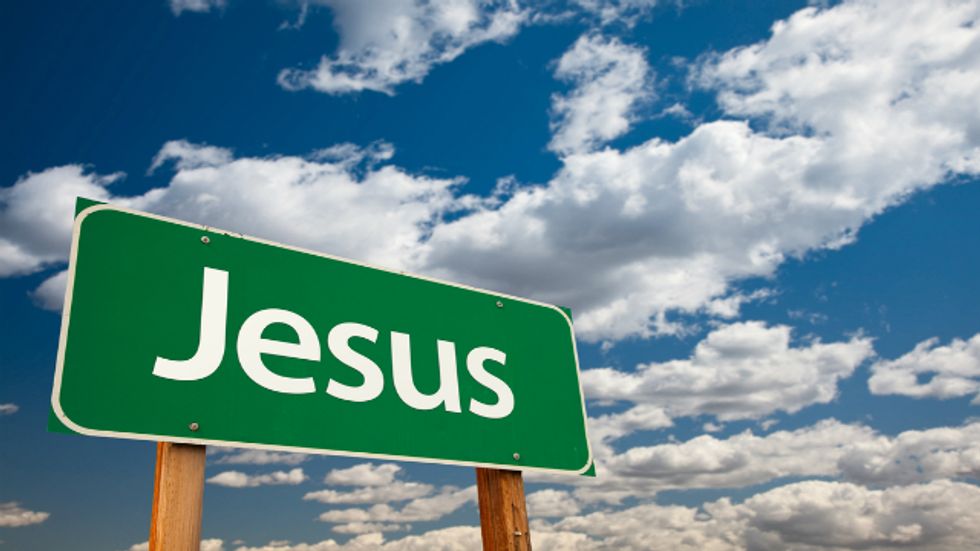 It was only about a century ago that Easter was considered by some Christians to be a good day for massacring Jews. Consider, for instance, the first Kishinev pogrom of 1903. In 21st century America, by contrast, Easter - with its bunnies, candy eggs, pink, yellow and baby blue - is not exactly threatening.

Nevertheless, I perceive an interesting ambivalence toward Jesus among contemporary Jewish Americans. On the one hand, there is a feeling that Jesus, as word and symbol and in every other iteration, is not at all menacing. Jesus is not challenging, mysterious or even intriguing. Instead, he is seen as sort of low-brow and banal. On the other hand, Jesus is still potent enough to be utterly unacceptable.

Maintaining the boundaries of Jewish American-ness

This ambivalence is reflected in the subtle ways that Jewish Americans maintain the boundaries of Jewish American-ness. There is always, for instance, hand-wringing at Christmas time about the "December dilemma." Jewish parents worry about how to explain to their children that, despite all of the Santa Claus and Jingle Bell fun, "we do not celebrate Christmas." But the annual saturation with Christmas cheer is experienced more as a gauche intrusion into the Jewish American aesthetic than a profound theological threat.

For many Jews, the aversion to having a Christmas tree is perhaps most aptly expressed with the sentiment: "a house with a Christmas tree just wouldn't feel like my home." An aversion to having a mounted deer's head on the wall or an old-timey shotgun on the mantel would reflect the same kind of judgment. Of course, Jewish American aesthetics vary, so I'm sure you will find at least some people who plausibly identify as Jews who have the tree, the deer, the shotgun, and more.

However much Jewish American parents may want to guard their "aesthetics of home," very few, I suspect, actually worry that their children will ever be tempted to accept theological claims about Jesus. And this is not because they presume their children's Jewish theological convictions to be ironclad. Plausible Jewish identification in America does not require assent to any theological claims whatsoever.

There is a standing exclusivity agreement

But there is a standing exclusivity agreement: while Jewish Americans are free to deny the existence of Yahweh, God, gods, spirits, the Force, or anything else that does not conform to a naturalistic worldview, it is generally considered apostasy to accept theological claims that you could not find in a reputable encyclopedia under "Judaism."

Of all the opportunities for apostasy, believing that "Jesus of Nazareth was the son of God, died on a cross for our sins, and was resurrected" seems to me among the least acceptable.

Seemingly exotic ideas are more readily tolerated. I gather that a disproportionate number of non-Asian Americans who identify as Buddhists are people whose parents or grandparents once identified them as Jews. To the extent that they are seen as "spiritual, but not religious," these individuals usually get a pass and are not deemed apostates by other Jews. It gets more complicated when there is a claim of "religious synthesis" between "Buddhism" and "Judaism." Still, JewBus (as they are sometimes called) are often uncontroversially accepted as Jews.

Any whiff of acceptance of Jesus as your personal savior and you are instantaneously outside of the Jewish circle.

Not so when it comes to Jesus. Any whiff of acceptance of Jesus as your personal savior and you are instantaneously outside of the Jewish circle. On the surface, this is not difficult to understand. Two particularly salient causes are worth noting. First, some of the specific unacceptability of Jesus comes from an historical consciousness that associates Jesus with events like the Kishinev pogrom.

A person's sense of history need not, and usually does not, rely on detailed historical knowledge. In the case of Jewish historical consciousness there is a vague sense that Jews throughout history have been persecuted in the name of Jesus. To be sure, this vague sense corresponds to a great deal of historical truth. But it obscures instances of papal intervention on behalf of Jews, Jewish-Christian intellectual symbiosis, and much else that complicates the story.

With respect to the second cause, recall my earlier suggestion that Jewish Americans do not feel threatened by Jesus. Jesus bumper-stickers, Sunday televangelists, actors, athletes, politicians all thanking Jesus on TV, and other public manifestations of Jesus are often dismissed as unsophisticated and even ridiculous.

But Jewish Americans still worry about "assimilation." As though we have not been since the Post-WWII period celebrated insiders in America. As though we were not a variety of American as authentic as New Englanders, cowboys, and California surfer dudes. As though we were not such core constituents of normative American-ness that newer immigrants might worry that their children will abandon their heritage in order to be more like us.

This worry about assimilation seems to derive mostly from persistent discomfort with the idea of Jews marrying non-Jews. Given the demographic and socio-economic factors that decide such things, the likely candidates for intermarriage are people who Jews think of as "Christians." (They may or may not actually "believe in Jesus" or go to church; Jews often think of Christianity, like Jewishness, as hereditary).

I wonder what would happen...

So, despite the apparent contradiction, Jewish Americans can be dismissive and condescending toward all things Jesus and, at the same time, fear the encroachment of "Christian" America.

I wonder what would happen if these causes were no longer compelling. Are there not American spiritualizations of Jesus that are as edifying as the Buddhist teachings that are tolerated within the circle of Jewishness?

Regardless, as far as I am concerned, an America without the distinctive cultural species of Jewish Americans - or New Englanders, cowboys, and California surfer dudes, for that matter - would be sadly diminished. Indeed, I would consider such an eventuality a personal tragedy.