Why pitting prejudices against each other keeps society free

Should all speech be free? How much intolerance should society tolerate?

Jonathan Rauch
Jonathan Rauch is the author of six books and many articles on public policy, culture, and government. He is a senior fellow in governance studies at the Brookings Institution, a contributing editor of The Atlantic, and recipient of the 2005 National Magazine Award.
01 May, 2019

JONATHAN RAUCH: We live in a liberal society - small 'L'. That means we're committed to values like free speech and toleration. It means we try to create an open forum. And it also means we understand there are going to be some obnoxious, and sociopathic, and racist, and anti-Semitic, and homophobic people in our midst. And, to some degree, we not only allow that, but we embrace it. Because it reminds us that these ideas are there. And it reminds us that we've got to refute them, and we've got to stay on our guard. As a gay person, I want to know where these homophobes are. And I want to have the opportunity to refute and debunk them. I don't want to put them into hiding because then they'll emerge all the stronger at the other end.

But there's this age-old debate: What happens if you're so tolerant that the intolerant people gain the upper hand in society? Should you be tolerant of people who themselves would not be tolerant? What about the neo-Nazi? This is someone who, if they come to power, would shut me down. So I'm supposed to advocate their freedom, knowing that they would never advocate mine? This is an age-old challenge. It's a hard question. But right now in America it's an easy question. Because here's the thing. The important thing is not that every individual in a society, in a country of 300 million people, should be tolerant. That's impossible. That will never happen. Humans aren't wired that way. The important thing is that the rules of the society force people to subject their ideas to testing. So a crazy bigot with a conspiracy theory will not get their ideas taught in the universities or in the textbooks, in the public schools. They'll be marginalized. By the same token, these societies also commit to free speech. If you have those rules in society as a whole, it's going to be a pretty safe place to express intolerance. Now, if you don't have those institutions solidly in place, if you don't have courts that will vigorously enforce the First Amendment, freedom of speech, if you don't have universities and an intellectual culture which will hold the line on fake knowledge and say, no, we're only teaching true stuff here, then intolerance becomes much more dangerous, because it becomes much more possible for the intolerant actually to gain control and power in the society.

Years ago, I was trying to think through the approaches that people have to how we talk to each other in a complicated country like ours and how we decide what's true and what's not. And I made a distinction between pluralism and purism that seems to capture a lot of what's going on. Pluralists I put myself in this camp believe that the way you find truth is not by eliminating prejudice from society, because we're all prejudiced. It's part of being human. We all have a point of view. We all have pre-existing ideas. We're all stubborn and very attached to the things that we think are true. Rather, the way you arrive at truth as a society is you pit the prejudices against each other. So that means you don't want to have unprejudiced people. You just need to have a lot of different prejudices. You need intellectual diversity. And then those things will talk to each other. They'll persuade each other. Sometimes they'll conflict and criticize each other. But it's through that process that as a group, as a country, as a society, we learn what's true.

And then I said, well, there's a very different group. That's not the way, for example, a church operates. There you've got an idea of some doctrines that are believed to be true. And that's a function of, they would say, a higher power. But it's also how we in that community define our community. We believe in the divinity of Jesus Christ, that he died for our sins. We also believe that, for example, homosexuality is a sin. "No one's born gay." All kinds of things, for example, a religious community might believe. And there are many secular communities that also have these kinds of sacred beliefs, things that bind them together. It could be anti-racism, for example, something that absolutely no one questions. And if you do, you're going to be shunned. Now, I happen to agree with anti-racism. But what I don't agree with is the implicit attitude that lies behind some of these communities, which is 'We already know what the truth is. And because we know the truth, we shouldn't tolerate or accept falsehood. We need to be pure as communities in our commitment to the truth. We need to drive out and exterminate prejudice and wrongheaded ideas. And it's through that process that we'll come to knowledge.' We are fortunate enough to live in a country where pluralism is well-established under law and well-accepted by the American public. So right now we are nowhere near a line where we would have to make the kinds of decisions that Germany had to make in the early 1930s. We can just say, yes, in America it's legal to be intolerant. It may not be right. It may not get you accepted or respected. But absolutely it's legal and it should be legal. 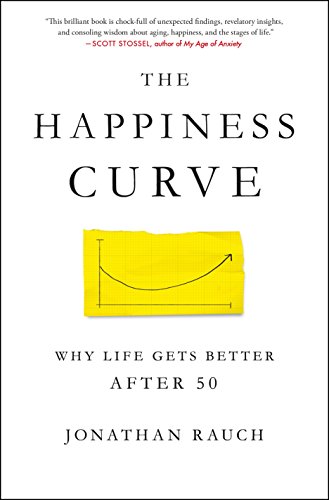