When we talk about our work, we talk about employee satisfaction, morale, engagement, a sense of being on a team, and a thousand other slightly vague variables that supposedly go into what makes a job good. All of this, however, feels slightly disingenuous. Office morale may indeed be an important part of having a good job, but the main thing that we work for is a weirdly taboo topic: money.

Some of you may even have registered the last sentence as somewhat shallow or materialistic, but the truth is that our reticence to discuss salaries in open terms with our employers and peers is the product of social conditioning. Somehow, it became dirty to think of one’s job in terms of the money one receives for doing it.

This tradition might be changing, however. A third of millennials have started to share their salary information with co-workers, which is four times as much as baby boomers report talking about their paychecks. Given this change, we have to ask: Is there a good reason why discussing salaries has been taboo for so long? 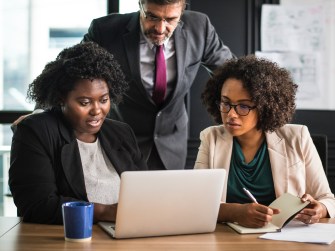 Photo by rawpixel on Unsplash

New research for the National Bureau of Economic Research took a look at what happens when we share our salaries with our coworkers. The research, conducted by Zoë Cullen and Ricardo Perez-Truglia, looked at 2,060 employees for a multi-billion-dollar bank in Asia.

The researchers sent each employee a survey asking them to guess at their managers’ salaries. Most of them didn’t do so well—the participants underestimated their managers’ salaries by 14%. Afterwards, the researchers randomly told half of the participants what their bosses’ actual salaries were, and then, thanks to some (somewhat concerning) monitoring by the bank, the researchers measured how much time the employees then spent in the office, how many emails were sent, and—for those employees in a sales position—how much sales revenue employees brought in.

Compared to the participants that were left in the dark about their managers’ salaries, those employees who learned the actual salary worked significantly harder. For every 10% the employees underestimated their bosses’ salaries, they spent 1.5% more hours in the office, sent 1.3% more emails, and sold 1.1% more. What’s more, this effect was stronger when their manager was closer to the participant in the office food chain; if an employee thought they could eventually reach the same position as their manager someday, they worked harder.

So, this appears to be an aspirational effect. When employees learn about their bosses’ higher-than-expected salaries, they felt motivated to work harder in the hopes of someday achieving those salaries. However, when we look at what happens when employees learn the real salaries of their peers, a different story emerged. 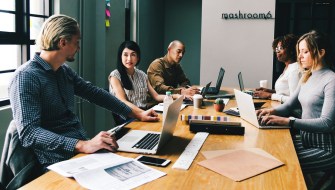 Considering millennials’ greater tendency to share salary information, this could have a potentially detrimental effect for everybody involved. Although sharing salary information might seem like a way to get more equitable pay, this research suggests that learning you are underpaid reduces productivity, ultimately reducing the likelihood that you’ll get the raise or promotion that would reward your work more fairly.

Based on this research, there are a few things employers can do to make sure that their employees feel like they’re being treated fairly. First, it’s not a bad thing if your employees learn about your salary—instead, it can be a motivating factor. Second, rather than rewarding employees with individual raises (which may lead to a sense of inequality and unfairness among your team), rewarding them with promotions coupled with a pay raise is likely to be more effective.

Other research has shown that transparency and communication about salaries can be good for productivity, but only if it’s done in the right way. A 71,000-person survey found that most workers tend to believe they are paid below market value even if they’re paid appropriately. What’s more, 60% of employees who believe they are underpaid (which is most of them) said that they intended to leave as a result.

There’s still plenty of social stigma around sharing salary information. But this stigma comes from outdated beliefs and labor practices. In the face of empirical research, maybe we should start reconsidering how and to whom we discuss salary requirements. After all, nobody in the office is there because the job posting said it had a fun and dynamic atmosphere—they’re there for a paycheck.

Tags
moneymotivationpsychologysuccessworkwork-life balance
In this article
moneymotivationpsychologysuccessworkwork-life balance
Related
If money doesn’t buy happiness, you’re spending it wrong
These money experts say you can buy happiness. There are some red flags to look out for, though.
▸
7 min
—
with
Lindsay Bryan-Podvin
Thinking
“Give a f***, actually”: The surprising benefits of being grateful for things you dislike
Radical Emotional Acceptance calls on you to celebrate all of life’s emotions — even the negative ones.
Health
What happens when regular porn watchers abstain for a week?
Researchers watched for signs of withdrawal — but didn’t find any.
Thinking
Why you should laugh at yourself, according to Seneca and Nietzsche
“It is more human to laugh at life than to lament it.”
Sponsored
4 misleading personal finance tips
Personal finance advice is often over-simplified and fails to consider economic research or people’s unique circumstances.
Up Next
The Present
In one coal state, renewable energy is set to win by 2028
Indiana ranks 3rd in coal consumption, but a primary energy utility there just declared the end of coal by 2028