Two Japanese researchers recently found themselves wondering what they could do to be more popular, or anyone really. Previous research found that a bowing female figure was perceived as more attractive. They wondered if nodding might have a similar effect. So, they investigated how those who nod often are perceived, as compared with those who are more prone to shaking their head.

Turns out, nodding frequently makes you 30% more popular, and more attractive too. Just as long as it’s natural and you aren’t standing there like a Bobblehead. Find the results of this study in the psychology journal Perception. Other research found that people tend to nod more often when those in power or at a higher status are speaking. Also, women generally nod more than men. 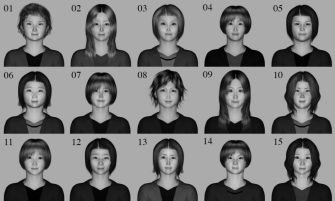 Other research has found that we can be persuaded into things by our own body language. In a 2003 study for instance, investigators found that those who nodded while listening to an editorial, were more likely to agree with its point of view. The reason given was, when we think about issues to ourselves, nodding becomes a form of “self-validation.” It gives us confidence in our own thoughts.

The researchers in this study were Jun-ichiro Kawahara, an associate professor at Hokkaido University and Takayuki Osugi, an associate professor at Yamagata University. They recruited 49 Japanese men and women age 18 and above, and had them rate computer-generated, female figures in likeability, attractiveness, and approachability. Volunteers assessed each trait on a scale from 0-100. Figures performed one of three moves. One shook its head, another nodded, and a third didn’t do anything at all.

Here’s a video clip as an example:

The nodding figure was seen as 30% more likeable and 40% more approachable, over the motionless one. Men and women gave similar results. Funny enough, head shaking didn’t change likeability. But nodding enhanced it. Kawahara said in a press release, “Our study also demonstrated that nodding primarily increased likability attributable to personality traits, rather than to physical appearance.”

This is the first study to show that just observing another person’s subtle motions can produce a positive impression. These findings may help those in the hospitality industry offer better service to their patrons. It can also help doctors, teachers, social workers and others, better reach those they serve. In addition, these findings are thought to help us design A.I. and robots who have a better chance of making a positive impression on humans. The robot revolution is coming and people are nervous.

There’s the uncanny valley or that certain point in a robot’s evolution, where its human-like appearance rather than ingratiating, becomes creepy. Perhaps this and future research can help us overcome the valley. The next phase for these researchers is to repeat the experiment, using male computer-generated figures, and eventually real faces. They also want to see how those from other cultural backgrounds react.

Related
13.8
The weirdness of quantum mechanics forces scientists to confront philosophy
Though quantum mechanics is an incredibly successful theory, nobody knows what it means. Scientists now must confront its philosophical implications.
Neuropsych
Why is a Starbucks loyalty rewards program making customers so angry?
The rewards price to get a free cup of hot coffee at Starbucks is going up.
Empowering growth
7 essential management training topics for every team leader
From emotional intelligence to problem solving, these management training topics will set team leaders up for success.
Thinking
What if you could rewire your brain to conquer suffering? Buddhism says you can
For Buddhists, the “Four Noble Truths” offer a path to lasting happiness.
Hard Science
Solved: 500-year-old mystery about bubbles that puzzled Leonardo da Vinci
The solution involves the infamous Navier-Stokes equations, which are so difficult, there is a $1-million prize for solving them.
Up Next
Hard Science
No Afterlife? No Problem! How to Face Oblivion Like a Pro
You are going to die. So am I. These are facts.