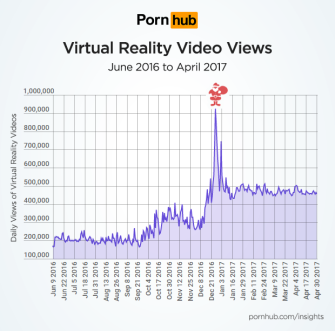 “Sex sells, and where there is money to be made, there will be entrepreneurs who want to adopt it and make money from it,” said Mark Kernes,senior editor at AVN Media Network that covers the industry, in an interview with The New York Times. He added that one way VR will spread will be for free, as some creators will offer it that way to increase clicks. 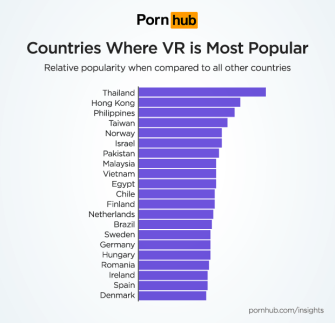 You aren’t just watching and thinking about it,” explained Richmond. “You are feeling it, and it’s not just your genitals. There is literally a mind-body connection.” 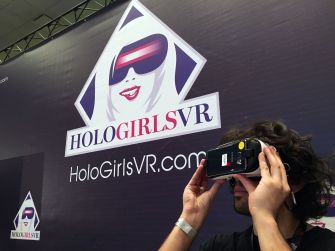 Some worry that combining VR and sex will open up new avenues for abuse.  Bryony Cole, host of the Future of Sex podcast, thinks there will be new lines to consider:

Related
Thinking
Finding your essential self: the ancient philosophy of Zhuangzi explained
Adopting a healthy scepticism towards inherited ideas means “emptying the container of the Self.”
The Future
Startup’s bladeless flying car is designed to reach Mach 0.8
One of Jetoptera’s VTOLs is expected to reach speeds of around 614 mph, about as fast as a commercial jet airliner.
Health
New blood types are often discovered following medical disasters
New blood types are regularly discovered by an unusual absence or an unusual presence — both of which can result in tragedy.
The neuroscience of loving music
Humans are musical animals four million years in the making, explained by music expert Michael Spitzer.
▸
8 min
—
with
Michael Spitzer
Life
Scientists use CRISPR to insert an alligator gene into a catfish
Disease kills off 40% of farmed catfish. This gene protects them.
Up Next
Personal Growth
The biggest European festival on the future will tackle tough questions once again
Scientists, artists, writers, and entrepreneurs will tackle the most exciting and controversial topics shaping our future at Brain Bar, Hungary’s most inspiring event.