Big Sugar Has Been Paying Off Science For Decades

A major report has come out identifying in no uncertain terms that sugar is bad and soda companies are lying to us. The sky, as it turns out, is also blue. 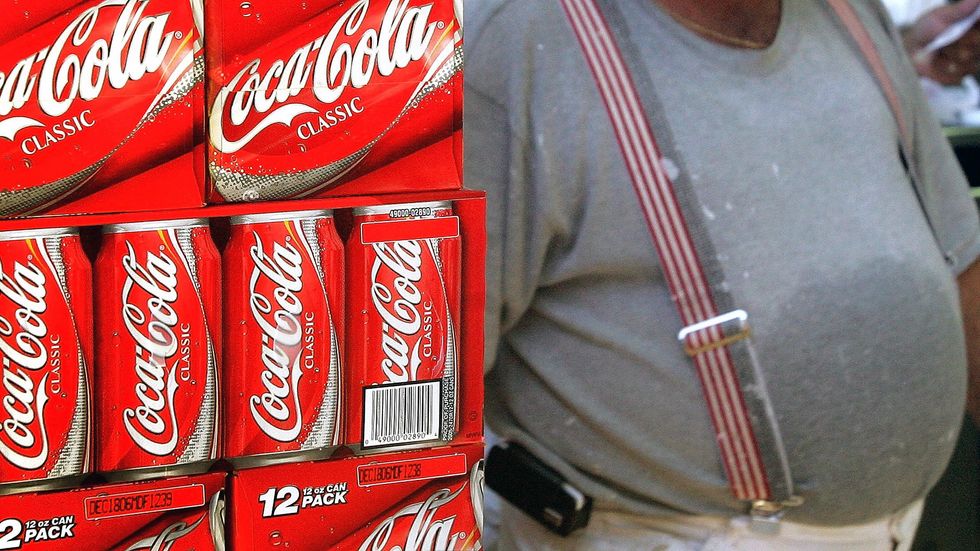 In a special report filed earlier this week in the Journal of the American Medical Association, the sugar industry's lobbying organization, the Sugar Association, stands accused of paying prominent nutritionists in the 1950s and 60s to downplay the connection between sugar and coronary heart disease, and to instead shift the blame to fats. These nutritionists' findings have been used to direct the course of federal regulation regarding nutrition ever since.

The Sugar Association, then called the Sugar Research Foundation, reviewed early drafts of reports that would later be published in the prestigious New England Journal of Medicine and edited them for content and overall message. They stand accused of doing this in the interest of Big Sugar's profit margins.

With over 370,000 deaths per year attributed to coronary heart disease over the past five decades, the industry behind this corrupted research potentially has the deaths of at least 18.5 million people on their hands.

So sugar, a highly addictive crystalline substance, wreaks havoc on our bodies and sends us to an early grave. What's more, a massive corporate lobby has paid for bad science in an effort to keep us from going cold turkey on the stuff.

...is anyone really that surprised? Anyone?

Think back to the last sugary substance you had. Think about how it made you feel afterwards. Now think back to roughly twenty minutes before that moment. What was going through your head?

The last sugary substance I had was three handfuls of Mike & Ikes at about 3:00 yesterday afternoon. Yes, three. I had gotten 7.5 hours of sleep the night prior, ran two miles that morning, and had three cups of coffee all before 11 AM.

Yet even with that optimal day of an energy lifestyle, ten minutes after my Mike & Ikes, I was falling asleep at my desk.

An hour later, my joints were sore.

My stomach was grumbling and my teeth hurt on my way home.

I didn't want the hamburger I grilled for myself (and I love hamburgers!) and I went to bed at 8:30 PM out of sheer exhaustion.

Twenty minutes prior to ingesting enough sugar to kill a gerbil, I thought to myself, "I think I'll pop over to the snack station and have a Mike & Ike or two. But only a couple! I deserve it."

Is anyone surprised that a substance which turned a healthy, grown man into a sore, sleepy grouch with zero self-control and a toothache might be bad for their heart?!

Is anyone surprised that a massively profitable industry has paid tens of thousands of dollars (nearly $50K in today's money) to keep its product's detriments a secret?

Candy makes you crash. Soda rots your teeth. Energy drinks light your blood on fire. I made up the last one, but after "rots your teeth," it doesn't sound so out of the blue, does it?

Why the hell does a nation full of free-thinking adults need scientists to tell them they shouldn't eat a whole lot of a powdered substance that can change the ways your neurons fire?

I'm not sure what the worst part about this is: the fact that sugar's true effects could have been identified decades ago, the fact that we needed someone to tell us it was bad, or the fact that fat has been utterly thrown under the bus in its place.

To be fair, fat is no cakewalk either. But ask yourself this: How do you feel after you drink a 20 oz bottle of Sprite, and how do you feel after you eat a freshly grilled hamburger? Assuming your burger isn't from the equally-as-dangerous end of the fat industry as the Sprite is (fast food), your burger probably leaves you feeling pretty good. You might be in need of a nap, but it's not as if your body is shutting down. Eating one home-cooked cheeseburger with a little homemade mayo doesn't leave one desperate for three more. An all-beef hot dog doesn't make one's joints seize up.

You might have to jog off a growing midsection, but that beef isn't going to literally send you into withdrawal.

Our bodies evolved to eat a few things pretty damn well. Fatty things can be found on every single continent in thousands of forms (beef, pork, poultry... you know, animals). Sugarcane comes from one place on earth, India. No shade towards India, but if a foodstuff needs to travel across a vast trading network before it can arrive on your plate, your body probably doesn't process it very well.

There's nothing wrong with eating outside of that diet in today's modern age - What's the point of being outside the food chain if not? - but we shouldn't need nutritionists to tell us that a substance that turns us from happy to miserable in twenty minutes needs to be consumed in measured moderation.

Eat less sugar. Try to consume things that you can at least conceptually link to something that actually exists in nature. Run a little bit farther every day. Stop letting marketers tell you how to live your life.

We can do this, folks.