Want to raise the next Socrates? How to teach children philosophy—and why you should

Does your kid ask “Why” all the time? Do you want to help them search for answers to the big questions but don't know how? Here are a few ways to encourage your little philosopher. 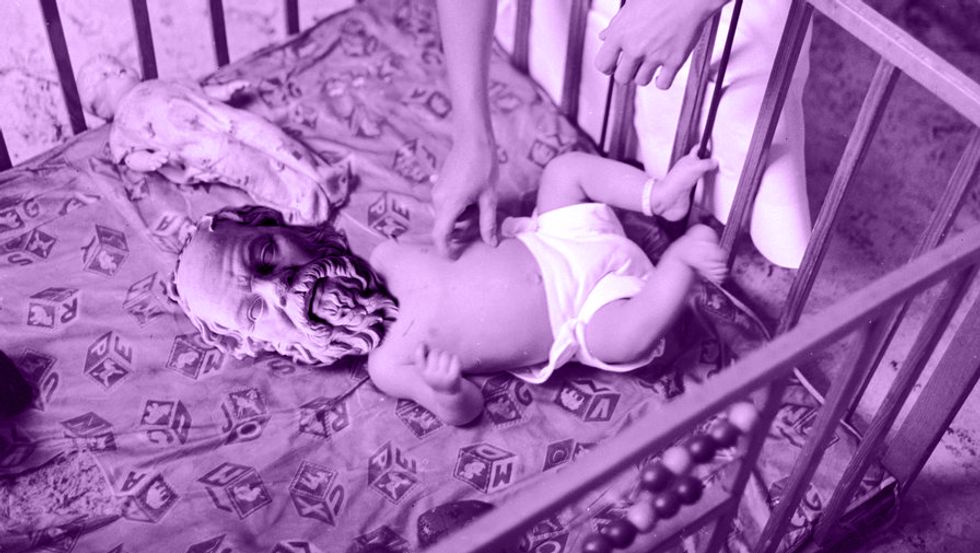 Every parent knows that children like to ask “Why?” at every possible moment. Such inquiries as "Why do I have to be nice?" can be irritating, but they are the exact sort of questions that philosophers ask as adults. Children are new to the world, and they have lots of questions about it. This natural curiosity lends itself to the study of philosophy, and there is no reason why we can’t harness that curiosity to teach it to children both in school and at home. You only need to have a starting point.

Why should we teach children philosophy?

We’ve discussed before how studying the humanities is all but required for good citizenship, can lead to a high wage, and helps to make life worth living. The skills needed to practice philosophy include some of the most vital skills for the modern age: critical thinking, tolerance for opposing viewpoints, and public speaking are just the tip of the iceberg of what can be cultivated by learning philosophy.

To learn philosophy is to learn these skills and to start young is to get a head start. If you're seeking a more immediate payoff, it has also been shown that children who study philosophy have higher scores on tests of verbal and computational intelligence than those who do not.

The School of Athens by Raphael. We can presume the test scores there were very high. (Public Domain)

However, we mustn’t just look at it as a means to an end. Philosophy is a vital part of a life well lived. Indeed, it allows us to ask the question of what a well-lived life even is. Socrates told us that “The unexamined life is not worth living,” and his axiom is as true today as it was when he said it.

Teaching children philosophy makes a life of learning more accessible, helps them to ask how they might better themselves and the world around them, and opens up new worlds to explore that they might never have known existed otherwise. These details are harder to quantify or put on a resume, but they are no less critical.

How do you teach children philosophy?

It can be as simple as discussing philosophic questions. Programs that teach philosophy to children often start with a story—The Emperors’ New Clothes for example—and then discuss questions related to it.

Almost all books have some profound questions in them, and children’s books frequently venture into some profound territory. The legendary Dr. Seuss tackled problems of racism, environmentalism, the cold war's ideological divide and arms race, fascism, equality, the nature of knowledge and the atomic bombing of Japan.

A reasonably in-depth discussion can be sparked just by asking questions about a book that was just read. Teaching Children Philosophy has a list of popular children’s stories and guides on how to discuss them.

At home, you can do something as simple as responding to a question with a clarifying question. If a child asks you, “Are numbers real?” you might respond, “What do you think it means for something to be real?” and then go from there. More ideas and resources can be found here.

Does anybody teach philosophy to children regularly?

Yes, lots of schools do. Most other countries require some form of it at the high school level. France has a particularly strong system for teaching it to teenagers, and my European friends were shocked to hear that I didn’t have to learn it in high school.

To be fair, the French have had a slew of very socially engaged philosophers in the last century, such as Simone de Beauvoir and Jean-Paul Sartre. American philosophers tend to keep a lower profile. (Getty Images)

Programs that teach philosophy to American children are few and far between, but there is a growing interest in the concept. At the University of Washington, The Center for Philosophy for Children works to engage kids in discussions around ethics, freedom, and other ideas that we often think are too complex for kids. As their website shows, kids can do more than you think.

It is often thought that the people of the United States are averse to philosophy. Our limited effort to teach it in the public school system is undoubtedly a major cause of this sentiment. However, given the relative ease of introducing children to thinking like a philosopher, the benefits of doing so, and the costs of not trying, perhaps it is the time that we make a strong go of it.

After all, if your kid is going to ask “Why?” every ten seconds shouldn’t they at least be getting some critical thinking skills out of the deal?