The Economic Glory That Was Greece

What made the Golden Age of Greece, and Western Civilization, possible? One author says "free trade". 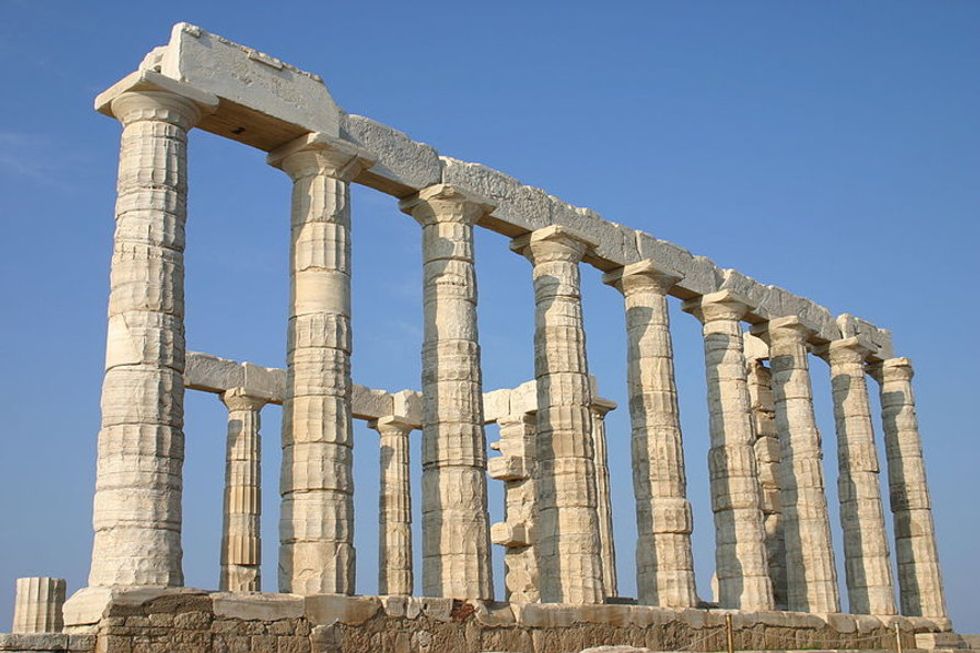 Greece, the land that created Western civilization. The home of more philosophers, playwrights, and producers of knowledge then anybody can remember. The foundations of the modern Western world can be traced back to that collection of bickering city states and their varied systems of thought. If any nation can claim to be the most influential in history, Greece has a strong argument to make.

But, how could a small area on the rocky shores of the Mediterranean do this?  After all, look at it now. What has it done for us lately?

According to author Josiah Ober there was a reason Greece was able to crank out such incredible cultural works, and that was a sound trade policy. One based on largely free trade between city states which specialized in goods for which they had a comparative advantage. Generating enough wealth to allow for artisans to perfect their craft, a middle class demand for high quality goods, and for major building projects to be undertaken for nothing more than glory and pride.

How does this trade principle work?Comparative advantage is one of the most firmly held ideas in all of economics. Formalized by David Ricardo in 1817, it is simply the idea that the greatest amount of wealth can be produced by trade between two regions specializing in a particular commodity they are good at making rather than by everybody trying to make everything. While the exact policies this notion can be used to endorse can vary, ranging from utterly free trade to reciprocal tariffs, the principle holds in many scenarios.

In Greece, some areas produced marble, others mined precious metals. Colonies exported wheat to the Greek homeland where poor soil made large scale food production inefficient. Athens, famously, built ships. By focusing on what they were best at and trading for the rest, Greece built up a rather strong economy- one that left its people better off than they would be for another millennium.  The result of this was several hundred years of unparalleled prosperity and cultural output.

This prosperity is seen in archaeological findings. The number of shipwrecks found in the Mediterranean shows us that trade volume increased thirty times over in the 400 years between the 8th and 4th century BCE.

Now, don’t presume that it was all sunshine and olive oil for Greece. Slavery was common in every city state, and women were not citizens in Athens. While Greece did better than many societies before it. It was never ideal, and the prosperity didn’t get to everyone. Greece also wasn’t totally devoted to free trade either; Athens had state control over the import of wheat and did have marginal tariffs for income purposes.

And, in the end, it couldn’t last. Conquered by Macedon and then by Rome, the memory of the Greek golden age has been passed on to us by others.

Was the Greek golden age made possible by wise economic policy? One author thinks so, and his ideas have a strong resonance for us today in a world where protectionism and economic nationalism are surging. Perhaps the glory that was Greece was based on economics, perhaps it was the culture of competition, perhaps it was a fluke. In any case, the legacy lives on.