6 famous writers who never made a dime

We all love the art, but we often forget the difficulty of being an artist. Here are some of the most famous, greatest writers of all time who never could quite make a living doing it. 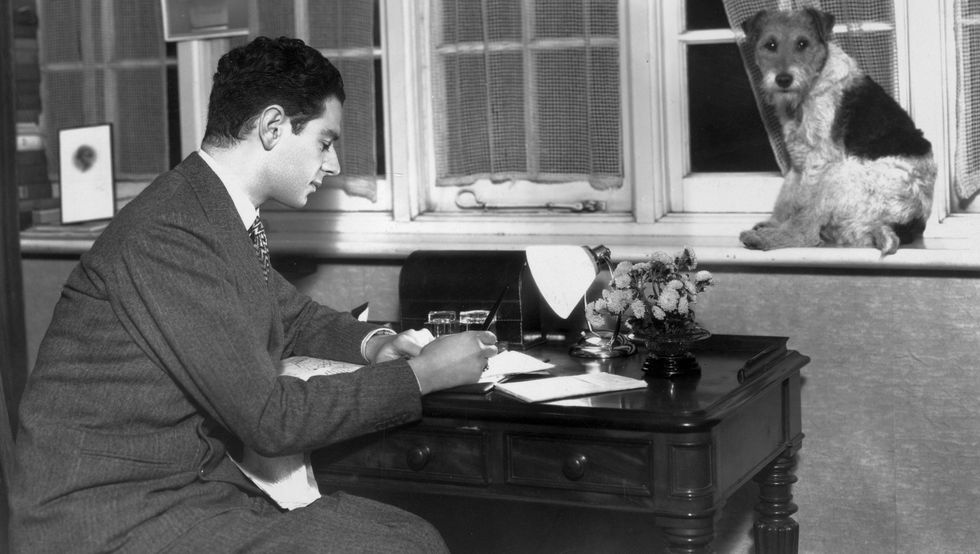 How long until he has to sell the dog? (Getty Images)

The image of the broke writer is engrained in the popular imagination. The often tortured artist who writes until they remember to eat, and then eats too little as to stretch out their failing budget.

While this image doesn’t apply to most writers, there are a few remarkably famous authors who hardly made a dime by writing. This didn’t stop them from joining the ranks of the most celebrated poets and novelists of all time. Here we have six such authors for your consideration.

Lovecraft was an American writer whose work in “weird fiction” has had a lasting influence. His Cthulhu mythos, a collection of interconnected novellas and short stories, has inspired authors from Stephen King to Alan Moore. The word Lovecraftian has come into use to describe his brand of cosmic horror and Cthulhu himself often appears in popular culture.

Despite working his entire life as a writer, he was never able to earn enough money doing it to cover even his most basic expenses, at the lowest points of his life he was forced to skip meals to afford postage stamps. A planned project with Harry Houdini which would have earned him a great deal of money had to be abandoned with Houdini’s death. A lack of business acumen also cost him; he once failed to reply to a publisher that inquired about any novels he might have ready.

Lovecraft, whose desire to make a living as a writer never faltered, died in 1937 of cancer at the age of 46. The entirety of his work can be read here.

(Translation: In his house at R’lyeh dead Cthulhu waits dreaming)

- The Call of Cthulhu

Kafka was a Czech writer living and working in Prague in the early 20th century. His writing often focused on the alienating powers of bureaucracies, byzantine systems that worked to promote themselves, and the isolating features of modern life. Among his works are The Metamorphosis and The Trail, both of which inspired the existentialist philosophers and have had such an influence on literature that the word “Kafkaesque” was created to describe his style.

Like Lovecraft, Kafka did publish some works in his lifetime. Kafka, however, kept most of his work to himself and ordered it burned after his death. His friends went to the publishing house instead. Unable to support himself by writing, Kafka took up several jobs that allowed him to write in the evenings and quit those which took up too much of his time. He had a long, relatively prosperous, stint as an insurance clerk at a work safety agency where he may have invented the hard hat.

Kafka was relatively unknown during his life but became famous almost immediately after his death of Tuberculosis at age 40. Several of his works can be read here.

"As Gregor Samsa awoke one morning from uneasy dreams; he found himself transformed in his bed into an enormous insect."

Emily Dickinson was an American poet who wrote nearly 1800 poems, of which less than a dozen were published during her lifetime and were often heavily edited.  Dickinson’s poetry has been continuously published since her death in 1890 and has been highly praised.

Dickinson wrote prolifically during the American civil war and carried on correspondence with others to gain feedback on her experimental style. She, like Kafka, asked that her papers be burned after her death in 1886. Luckily for us, that promise was not kept. Her younger sister found the trove of unpublished poems and had them printed four years after the burn by date. A collection of her poems is available online.

"Because I could not stop for Death –

He kindly stopped for me –

The Carriage held but just Ourselves –

- Because I Could Not Stop for Death

A French writer in the early 20th century, Proust is best known for his monumental work In Search of Lost Time, parts of which were only published after his death. It is often considered one of the greatest novels ever written.

He halfheartedly held other jobs, he once took a post at a library and had such an extended sick leave that he was presumed to have resigned. He lived with his parents and then on an inheritance left to him. While Proust did make some money as a writer, his work was unfished and not fully appreciated until after his death at age 51.

"We are healed of a suffering only by experiencing it to the full."

- In Search of Lost Time

An American writer who hardly needs any introduction. Poe was a master of Gothic horror and the inventor of the detective fiction genre. His works are required reading in any American literature class and his most famous work, The Raven, has been recorded and parodied countless times.

The Raven was extremely popular upon publication and earned Poe precisely nine dollars. He was the first notable American author to attempt to make a living on writing alone. He was often unable to do so and held several other jobs during his lifetime. He was found delirious in a gutter in Baltimore and died of still unknown causes at a nearby hospital. To add insult to his death; a popular biography falsely depicting Poe as a degenerate made a great deal of money and has poisoned our image of him ever since. A collection of his work can be found here.

"Ghastly grim and ancient raven wandering from the Nightly shore —

Tell me what thy lordly name is on the Night’s Plutonian shore!”

A Germanic philosopher who co-founded existentialism, Nietzsche has had a tremendous influence on philosophy, politics, psychology, and the popular image of a philosopher. His works are often referenced by people who have no idea what they are talking about, and he remains a philosopher who is well known even to those who have never studied philosophy.

He abandoned a career in academia, where he was made a professor right out of college, to try and make a living as an independent writer and philosopher. He was unable to make much money from selling his books and often begged from friends. This didn’t deter him, and at the height of his writing he was cranking out a book a year of high quality. At the time of his death, he had achieved some fame, if not wealth, from his writings. Slightly older versions of his work can be read here.