The “Philosopher-King” of comedy is Louis C.K. You may know his work, but you might not realize there is some serious philosophy behind some of the best jokes. 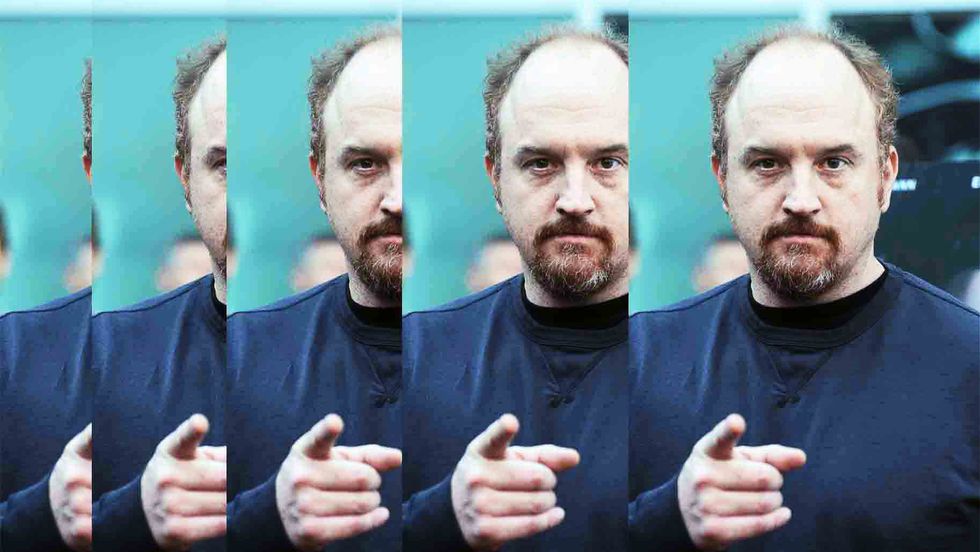 Louis C.K. arrives at the premiere party for FX's 'Wilfred' and 'Louie' on June 20, 2011 in Los Angeles, California. (Photo by Katy Winn/Getty Images)

Remember a great comedian who made you both laugh and think? George Carlin perhaps? Richard Pryor? Or maybe Bill Hicks? Only the best comedians can do that, and when you manage to find one that can do both, it is a moment to always recall with a smile. If only there was someone today whose comedy matched the philosophical edge of the old comedy gods.

Allow us to suggest for you a new Clown Prince of Philosophy.

The “Philosopher-King” of comedy is Louis C.K. You may know his work, but you might not realize there is some serious philosophy behind some of the best jokes.

On his hit television broadcast Louie, Louis C.K plays a slightly fictional version of himself, who is overweight, aging, depressive, bald, and divorced. Basicly he plays himself, but a more depressing version. In the show, despite meeting a series of hilariously absurd roadblocks to happiness, Louie basically enjoys life, despite it all, including his tendency to be a bit depressed.

“Oh no, I know the darkness,” Louie says in one episode. At the same time, he demands that we understand how good life is. Replying to his daughter, who says she's "bored," Louie responds: “‘I’m bored’ is a useless thing to say. I mean, you live in a great, big, vast world that you’ve seen none percent of. Even the inside of your own mind is endless; it goes on forever, inwardly, do you understand? The fact that you’re alive is amazing, so you don’t get to say ‘I’m bored.”

Louis’ character, and to some extent the real man, are manifestations of what is often called “The Absurd Hero”, first described by Albert Camus. Who is this hero? The man who understands that life is absurd and meaningless, but who finds joy in it anyway. Louie, in encouraging us to laugh at such horrible topics as death, meaninglessness, and the problems of doing the right thing, is a kind of hero in this way.

Death is, indeed, a favorite topic of his. Covered brilliantly in many of his best stand up routines. Louis’ system of stand up writing is perfectionistic, and only the best jokes which appeal to all of us make it to his standard line up; only to be removed after one year’s use. Since death comes for us all, this subject often makes the cut. As was explained by Martin Heidegger, death is the one thing we all move towards at all times.  Louis, similarly, hardly goes a minute into a routine based around death before reminding the audience a few times about that fact. The subject of death was a major one for the existentialist philosophers, Nietzsche, Sartre, and Heidegger among them, who saw the end of life as the major problem in understanding it, and a focus of all of their work.

Louis takes this and runs, showing us how death can be hysterically funny, especially when we know it is inevitable but try to avoid it or ignore it anyway. He points out the pointlessness of this attitude, and makes death as mundane an issue as playing hide and seek with a child. Not to belittle either event, but to show us that both are inevitable, relatable, and unintentionally hilarious. A great comedian can make you laugh until you cry. The best comedians can make you laugh until you think. As the above jokes show you, Louis is one of the best. In the course of giving us what Time magazine called “reflections on what it means to be human” he makes us laugh, forget our troubles for a bit, and then return to our lives better able to face the problems he just made fun of so well.