The Matthew effect: Is inequality just a fact of the universe?

The Matthew effect or Price's law shows us how inequality can be a fact of nature. What does this mean for our debate on inequality in our society? 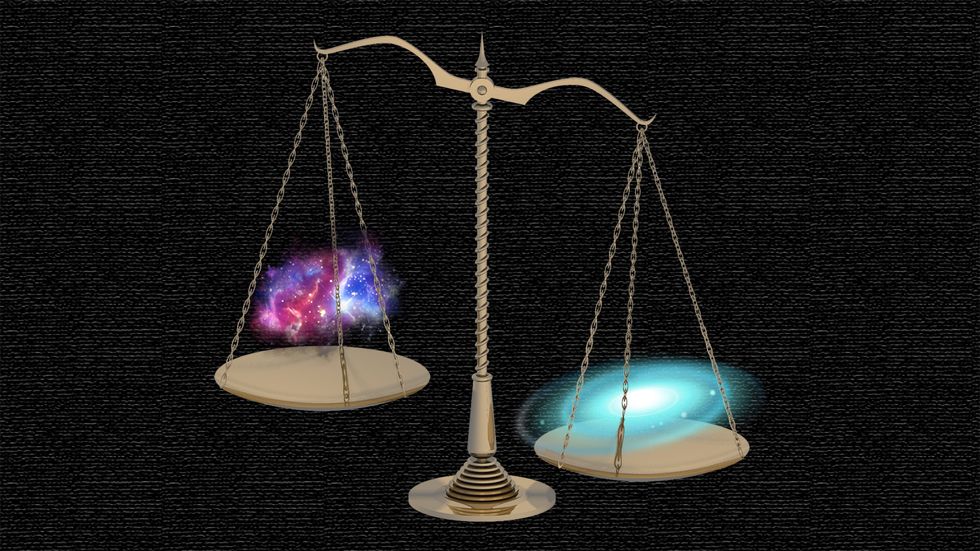 There is an old saying: the rich get richer, and the poor get poorer. You might suppose that such a pessimistic adage would be attributable to a great robber baron or tyrant of ancient Greece. The genesis of the idea, however, belongs to Jesus Christ as depicted in the gospels of Luke, Mark, and Matthew—even if he didn’t phrase it exactly as above.

It might be bad news for the people who want to reduce inequality if even a prophet who flogged bankers and preached on the nobility of the poor thinks inequality is inevitable.

However, the phrase is relevant to more fields than just economics.

The Matthew effect, or Price’s law as it is sometimes called in science, is the principle that states that inequality is both the rule and tendency in many systems. Examples abound in human-made systems and can even be found in nature.

It is an often referenced, and accurate, notion that the lion's share of our communication uses less than a thousand different words, giving those few terms a massive weight in our discourse. In classical music, where one would suppose that the occasional one-hit wonder would be able to break out, we find that only four composers are responsible for most of the music you are likely to hear played by an orchestra in this day and age.

In the world of science, we find that a small number of scientists produce most of the papers you read or hear about. There is also Stigler's law, which posits that naming rights will often go to the second, often more famous, person to discover something, which is named for Stephen Stigler despite the tendency being described first by a man named Merton.

In the natural world, the effect can also be seen as the direct result of the laws of nature. For example, when you weigh the masses of heavenly bodies, a small number of them contain most of the mass. Since more mass is tied to a stronger gravitational pull, massive objects are also better able to pull other objects into them, increasing their mass further.

In the wild world of lobster social hierarchies, lobsters that lose fights are statistically more likely to lose their next fight than you would expect based on their previous history alone. Meaning that the losers will fail more often for no other reason than that they already lost once.

A massive amount of interstellar material. Since gravity is tied to mass, the most massive objects in the universe are best able to draw more mass to them, making them even larger and better able to grow. The perpetuation of inequality on a cosmic scale.

So, is trying to fight inequality a fool’s errand?

Is massive inequality just the way of nature? Should it exist because it does exist? To say that inequality is okay because it is natural is to commit the naturalistic fallacy. As was explained by David Hume in 1739, we cannot derive morality or how the world should be from how it is. In his own words:

“In every system of morality, which I have hitherto met with, I have always remarked, that the author proceeds for some time in the ordinary way of reasoning, and establishes the being of a God, or makes observations concerning human affairs; when of a sudden I am surprised to find, that instead of the usual copulations of propositions, is, and is not, I meet with no proposition that is not connected with an ought, or an ought not. This change is imperceptible; but is, however, of the last consequence. For as this ought, or ought not, expresses some new relation or affirmation, 'tis necessary that it should be observed and explained; and at the same time that a reason should be given, for what seems altogether inconceivable, how this new relation can be a deduction from others, which are entirely different from it.”

What this means is that we cannot obtain a moral ought from facts about the world alone, we need something else to help us complete the jump. For example, if we try to say that eating meat is natural and therefore we ought to eat meat, we don’t have a full argument. We would have to add the idea that doing what is natural is good or another idea which can bridge the Is-Ought gap.

Now, this isn’t to say that we can’t look to facts about the world to help guide us in deciding what we ought to do or how the world ought to be. But it does mean that we can’t just say: “X is the way of the world. Therefore X is good,” or "X is the way of the world. Therefore we ought to do Y." So before you run off and say that inequality is natural, know that this doesn’t mean it is good or that we shouldn’t try to prevent it.

After all, getting cancer is natural too.

So, what can we take away from this?

The existence of the Matthew effect in our social systems, the natural world, and even our languages, does provide a real and challenging obstacle for those who wish to promote equality. It also, however, provides them with a potential tool to use in the promotion of their goals.

In the book The Better Angels of Our Nature: Why Violence Has Declined, Steven Pinker describes how the Matthew effect can be understood as part of a virtuous cycle of progress or a vicious cycle of violence.

He cites research examining large cities where it was found that:

“the shorter the expected lifespan (from all causes other than violence), the higher the rate of violent crime. The correlation supports the hypothesis that, holding age constant, people are more reckless when they have fewer years of unlived life at risk. A rational adjustment of one’s discounting rate in response to the uncertainty of the environment could create a vicious cycle, since your own recklessness then figures into the discounting rate of everyone else. The Matthew effect, in which everything seems to go right in some societies and wrong in others, could be a consequence of environmental uncertainty and psychological recklessness feeding on each other.”

While he notes that this often means that wealthier societies will make progress on domestic issues that poorer nations are unable to tackle, it also provides a roadmap to closing those inequalities if it is genuinely the case that it only takes a few institutions in place to start a virtuous cycle. Similarly, in his book Capital in the 21st Century, Thomas Piketty argues that ever-increasing inequality is not a bug but a feature of modern capitalism. He suggests that we try to understand this tendency and act on it directly rather than pretending that these inequalities are flukes that can be treated on a case by case basis.

Is inequality natural? In many ways it is, but that is no reason that our society should have massive inequalities. What is natural is not always good and what is good is not always natural. In any case, to understand how the world functions and often tends to inequality is a vital part of any discussion on the subject. Should we take steps to reduce economic and political inequality? Or are we going to let nature take its course?