A New Hypothesis Suggests That Parallel Universes Might Interact after All

A new conception of quantum mechanics rests on the idea that parallel universes exist, and that they interact with our own to create weird and wonderful quantum phenomena. 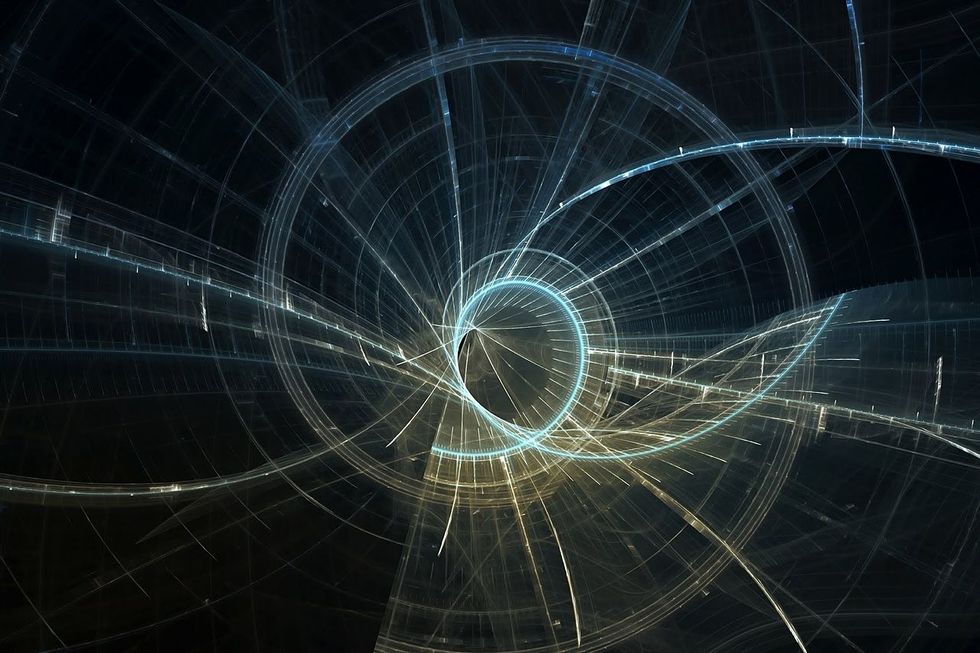 Quantum mechanics is hard to do. The great physicist Richard Feynman once remarked “It is safe to say that nobody understands quantum mechanics” and that statement was regarded as correct. The problem isn’t in the math, even an undergraduate can use Schrödinger’s equation, it is in what the math means.

We are all familiar with several interpretations of what the math could mean, from cats that are both dead and alive to an infinite multiverse where every possible history does happen. How to prove which of these interpretations is correct is another problem; as parallel universes are postulated to not interact with one another and scientists don’t quite have the stomach to put cats in quantum booby traps. With no ability to experiment, the math is all we know for sure.

But, a radical new interpretation might hold the answer, and in a manner that could be tested.

The idea is called the Many Interacting Worlds hypothesis, the or MIW. The core concept is that a plethora of universes have always existed side by side, and that they subtly influence the ones near them to differ from themselves. The bizarre effects of quantum mechanics that we observe and are confused by, such as quantum tunneling and the double slit experiment, are really caused by the interactions between these universes. The hypothesis says the probabilistic nature we ascribe to certain events is really uncertainty caused by our not knowing which universe we are in, and that if we knew where we were physics would again be deterministic. The authors of the study say as little as two existent universes would be enough to assure quantum effects take place. They show they can account for basic quantum phenomena using their ideas.

What makes this model different from the others?

Firstly, it “contains nothing that corresponds to the mysterious quantum wave function,” except when the number of modeled universes is infinite. When the model contains only one universe, it simplifies to a classical, Newtonian system. Quantum physicist and author of the hypothesis Michael Hall called this element “surprising” and said that it means that their hypothesis “incorporates both classical and quantum theory”.  A vital step for any interpretation that wants to make headway.

Another key difference is that the proposed words in this hypothesis interact with one another. Because of this, scientists could devise an experiment to show if the predicted interaction was taking place; supporting or disproving the hypothesis. Since science typically holds falsifiability to be a gold standard, this is a great leap forward for quantum theory.

So, is this model going to be of any use?

At the moment, the model is still speculative and unlikely to become the new standard interpretation anytime soon. The authors of the hypothesis hope that their concept “will be useful in planning experiments to test and exploit quantum phenomena such as entanglement. Our findings include new algorithms for simulating such phenomena and may even suggest new ways to extend standard quantum mechanics.”

Even if the ideas are proven false, or never catch on as a paradigm for interpreting quantum phenomena, the researchers hope to advance our understanding of science anyway. As they say in their press release, “while Richard Feynman may have had a point when he said ‘I think I can safely say that nobody understands quantum mechanics,’ there is still much to be gained by trying to do so”.