The U.S. States Most Dependent on the Gun Industry

Rural states dominate the list of those most dependent on the $43 billion firearm industry for jobs, tax revenue, political contributions, and gun ownership, a fact that could prove decisive for Bernie Sanders this month. 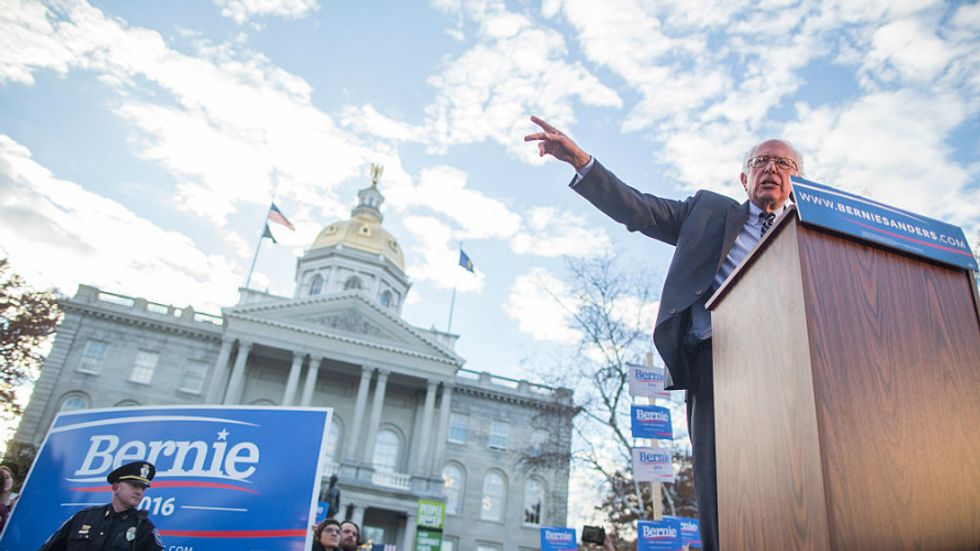 Idaho, Alaska, Montana, South Dakota, and Arkansas are the five U.S. states most dependent on the gun industry.

These rankings were determined by the analysts at WalletHub, who were spurred by President Barack Obama's recent executive actions on gun control to compile a report on the social, economic, and political influence of the $43 billion firearm industry. Their findings offer a whole lot of data to process and digest.

You'll notice in the interactive map below (the darker blue states are the ones most gun-dependent) that the data doesn't withhold too many surprises. States that most would consider "pro-gun" have considerably more skin in the firearms game. States more associated with gun control have fewer ties to the industry.

How the rankings were determined

This analysis is built upon a methodology in which weighted scores are applied to various facets of these three primary categories:

Idaho, which was determined to be the most gun-dependent state, ranked second in the firearms industry category, eighth in gun prevalence, and fourth in gun politics.

Delaware, the least-dependent state, ranked 51st, 48th, and 51st in those same categories. (Note: The District of Columbia was included in these rankings, which is why Delaware is ranked 51st.)

Here are some key takeaways:

1. Presidential candidate Bernie Sanders polls well in New Hampshire for several reasons. The most obvious is that he's a popular senator from adjacent Vermont. Another, subtler reason is that he's decidedly more "gun rights" than his Democratic counterpart Hillary Clinton. New Hampshire ranks seventh on WalletHub's list. It ranks no. 1 in number of firearms-related jobs per capita, as well as no. 1 in total industry output per capita.

2. Gun ownership is highest in rural states. The top five: Alaska, Arkansas, Idaho, West Virginia, and Wyoming. Interestingly enough, New Hampshire ranks 47th in total gun ownership, indicating that the state's ties to the gun industry stem more from the presence of major gun manufacturers than via private ownership, though in-state sales appear to be on the rise.

3. WalletHub presents an estimate that the gun industry was worth about $43 billion to the U.S. economy in 2014, and that it accounts for over 263,000 jobs. Many states — particularly those dark blue ones up above — take in a considerable amount of tax money from the industry. This suggests that efforts to maintain the firearm status quo aren't just the result of fervent devotion to the second amendment. Economics play a major part as well.

4. There's a huge difference between costs/benefits seen and unseen. You can touch and measure dollar amounts created by an industry, but can anyone adequately measure the more complicated losses caused by an industry? Here's a report that estimates the total cost of gun violence in 2012 to be around $235 billion. That's not a figure likely to be included in any firearm industry budget estimates.

The figures above don't offer any answers to whether "gun rights" or "gun control" is the way to go. They do present perspective on why politicians from certain states feel compelled to act in certain ways. Guns mean different things in rural states than in urban states. States where gunmakers reside aren't going to take kindly to real or perceived threats to their operation.

This is why "gun control" politicians hail from states like California or Delaware, where voters' lives aren't directly linked to the gun industry, rather than from Alaska or Arkansas, where guns form a key part of the economic culture (and the NRA boogeymen most actively thrive).