You Can Stop Apologizing for Your Sick Sense of Humor

A new study tries to figure out who finds dark humor funny. 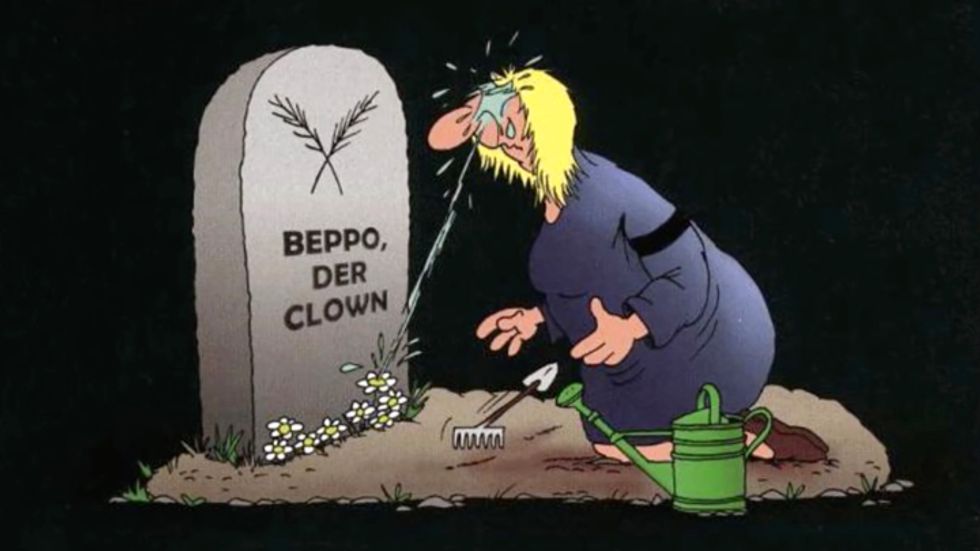 Humor is one of those things that is hard to put together once you pull it apart — nothing kills a joke quite so effectively as explaining it. Maybe this is part of its appeal for the academic. It hides in plain sight, and clearly involves interesting thought processes that find fun in paradox, but it’s difficult to approach directly. Maybe the most extreme form is dark humor, or “gallows” humor, which juxtaposes serious, not-at-all-funny things in such a way as to make them absolutely hilarious. A new study by the Medical University of Vienna was curious to see what kind of people are drawn to it.

It turns out it’s not sickos. While someone laughing at this kind of thing may wonder, “What is wrong with me?” the answer is “nothing.” Some believe it’s a way we have of defanging things that scare us, but the study came to the conclusion that your love of gallows humor may simply mean you’re very intelligent and emotionally stable.

Researchers presented 156 adults with what it terms “black humor,” defined thusly: Black humour is defined as a kind of humour that treats sinister subjects like death, disease, deformity, handicap or warfare with bitter amusement. In particular, they were looking to see how the subjects deployed “frame-shifting” and “conceptual blending.”

Here’s how they explain frame-shifting in their study.

Reading the joke ‘I let my accountant do my taxes because it saves time. Last spring it saved me ten years!’, the first sentence provokes the image of a busy-professional paying an accountant to do his taxes as the reader recalls his knowledge about relationships between business people and their accountants. However, the word ‘years’ in the latter sentence calls forth a reinterpretation of the word ‘time’ as time in prison, evoking a shifting of the initial frame ‘busy-professional’ into the frame ‘crooked-businessman’ (Coulson and Williams 2005).

To explain conceptual blending, the researchers describe a cartoon:

The cartoon shows the suicide of a husband who hanged himself with a green tie and is found by his wife and her friend. Finding her husband dangling from the ceiling, the wife is supposed to have feelings like shock, sadness or desperation. However, the elements of the tragic suicide of the husband are blended with the elements of the stereotypical complaining of a wife about her husband’s taste for clothing (‘And once again the green tie with the blue suit. Come on, what have I been nagging him about for all these years?’).

The cartoon is by Uli Stein, a popular German humorist, and the study subjects’ reaction to 12 of his cartoons formed the basis of the study. (They, too, are German.)

The samples were taken from Stein's collection Das Schwarze Buch, (“The Black Book”). Remembering that something may be lost in translation, there are descriptions of the carefully chosen cartoons with their captions translated into English in the study. The funnies dealt with death (50%), disease (17%), physical handicap (25%), or medical treatment (8%).

The subject were asked to rate the cartoons’ attributes:

And the punch line is?

It turns out the people who most understood and enjoyed the cartoons were also the most intelligent, educated, least troubled, and least aggressive subjects. Apparently if you’re smart and in a manageable emotional state, you’re ready for a dark joke. The people least likely to be black-humor fans were the average folks, with medium values for intelligence, education, stability, and aggressiveness. All of which may suggest another reason why people who enjoy dark humor are snickering all the time: We’re better than everyone else. (Just joking.)