The NIH Restarts Funding for Work With Deadly Pathogens

The government decides the risk of research into dangerous viruses is worth the reward. 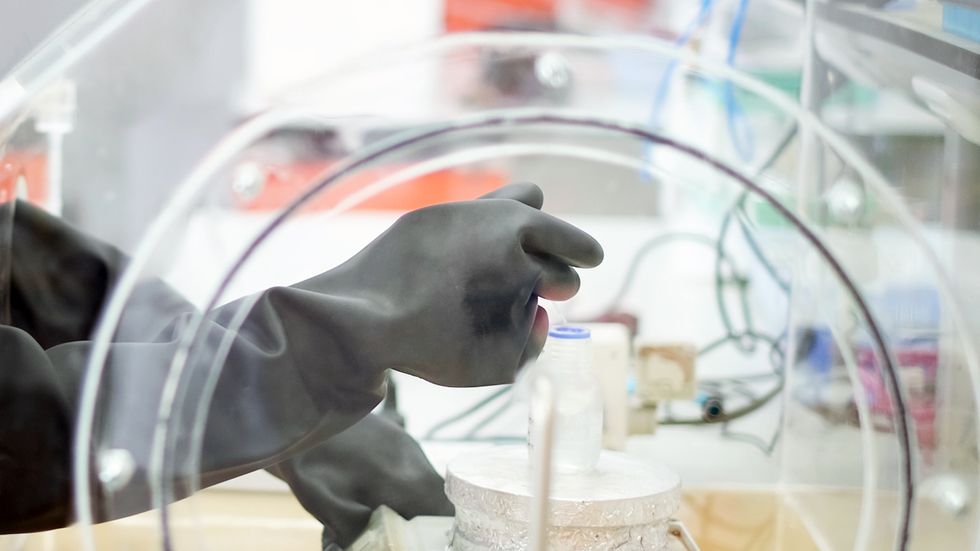 "I believe nature is the ultimate bioterrorist,” says chair of the National Science Advisory Board for Biosecurity, Samuel Stanley, “and we need to do all we can to stay one step ahead." Certainly deadly pathogens on the loose have been the stuff of horrible narratives, including books like The Hot Zone and movies such as Contagion and Outbreak. And then there’s biological warfare, the deliberate weaponization and dissemination of deadly diseases to achieve military or political objectives. It’s all terrifying stuff. This week, in hopes of getting ahead of such threats, director Francis S. Collins of U.S. the National Institutes of Health (NIH) has lifted the three-year moratorium against the funding of “gain-of-function research,” the study of potentially deadly viruses including influenza, MERS, and SARS. The goal, his announcement says, it to “identify, understand, and develop strategies and effective countermeasures against rapidly evolving pathogens that pose a threat to public health.”

The moratorium had originally been implemented in response to some unnerving biocontainment errors. In one case, staff at the CDC was inadvertently exposed to anthrax, and in another case, a harmless flu sample was mistakenly replaced by a strain of the dangerous avian flu.

The Obama administration began the moratorium, and many scientists oppose the NIH’s new policy, alarmed that such lapses are inevitable should humans are begin interacting with lethal pathogens again. Richard Ebright of Rutgers University, for one, recently told STAT, “I am not persuaded that the work is of greater potential benefit than potential harm.”

Advocates of the NIH’s action are convinced that only through further study of these diseases can we stand a chance of defending ourselves against the deliberate or accidental release into the population. “The only way to get ahead of the risk is to do the research, but in a way that tries to minimize the risk of accidental release,” says L. Syd M Johnson, a bioethicist at Michigan Technological University in an email to Big Think.

The urgency to learn more about dangerous pathogens was reinforced in July, 2011 when a team from Erasmus University led by virologist Ron Fouchier, and another team at the University of Wisconsin led by Yoshihiro Kawaoka “easily” created airborne variants of deadly avian flu. It’s a nasty virus that otherwise only rarely spreads between humans but that has nonetheless killed a minimum of 386 people since 2003. The new airborne strain is especially dangerous, only 3% different from the 1918 flu that killed about 50 million people.

The outcry was immediate. According to Lord May, former U.K. chief science advisor, “The work they are doing is absolutely crazy. The whole thing is exceedingly dangerous.” Ebright said simply, “This research should not have been done. It will inevitably escape, and within a decade.” And yet, says Johnson, “There was initially a lot of handwringing about Fouchier’s research, and whether it should be published. It seemed to provide a blueprint for bioterrorists, showing them how to produce a deadly, airborne avian flu virus. But Fouchier’s work was published five years ago, and the worst did not happen.”

Fouchier explained that the purpose of his work was to convince scientists that others could find it relatively simple to weaponize such viruses, or that the mutations could simply arise naturally. Though other scientists found comfort in their present low communicability, Fouchier told New York Times, “I wasn’t convinced. To prove these guys wrong, we needed to make a virus that is transmissible.”

Harvard’s Marc Lipsitch tells STAT, "A human is better at spreading viruses than an aerosol. The engineering is not what I'm worried about. Accident after accident has been the result of human mistakes." Still, he agrees with the NIH that newly strengthened handling guidelines can ensure safety, with researchers seeking to study pathogens having to prove that their labs are secure. “We see this as a rigorous policy,” Collins tells the Times.

“The new NIH policy allows the agency to resume funding of research involving ‘Potential Pandemic Pathogens,’” says Johnson. “It’s not like no one has been doing research on these pathogens — the scientists of the world are not beholden to the NIH. And importantly, viruses mutate all by themselves in nature, which is how avian flu occasionally jumps into humans already. It’s just a matter of time before the next deadly pandemic emerges. Does the US want its scientists working on this research? Given the potential threat of these pathogens, and of deadly discoveries falling into the wrong hands, I think we do.”