Someone You Know May Be a Victim of Sextortion

A new organization, Thorn, has been launched to help victims of a new crime called "sexploitation" in which abusers extort victims over the publication of intimate images. 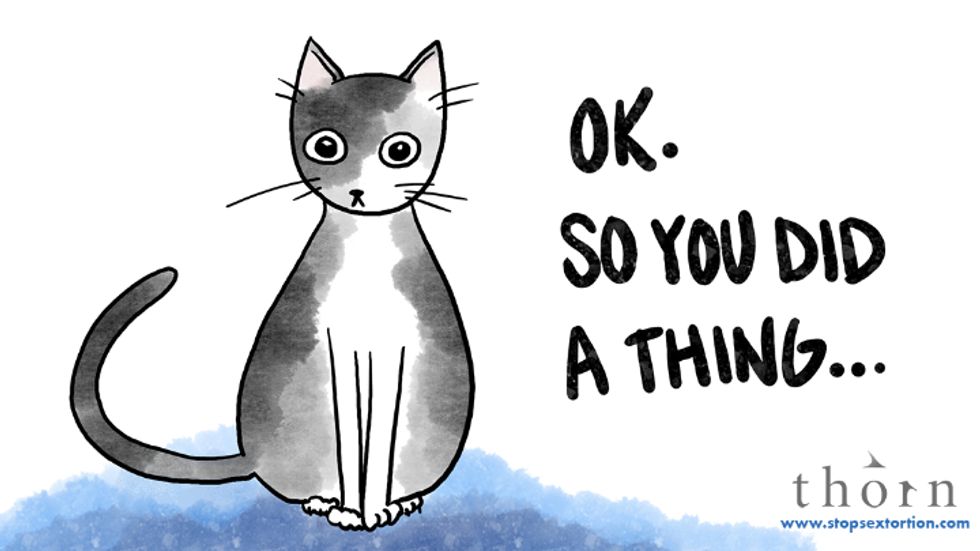 One of the most precious things two people can share is trust. In new relationships, though, it’s often the case that the person we see isn’t the actual person in front of us, but a construction of our hopeful imagination. We’re eager to trust, and everyone has had the experience of doing so with someone who turns out, in the end, to be unworthy. When this happens, secrets we’ve shared, including our bodies, feel misspent. And if those secrets include intimate photos given to a romantic partner or anyone else, we feel especially exposed. And we should: An increasing number of people, from teenagers through millennials, are finding themselves victimized by others threatening to publish compromising photos unless they get what they want: typically money, sex, or more photos. It’s called “sextortion,” and 45% of its perpetrators do carry out their threats. It can ruin lives, and it happens in-person, and increasingly, online.

One of the most tragic aspects of sextortion is that the victim is often too ashamed to reach out for help, so new non-profit has been co-founded by Ashton Kutcher to help. It’s called Thorn.

It’s Thorn's hope that the more aware people become of sexpolitation, the less likely it is that they’ll fall victim to it, and if they do, they’ll be better equipped to escape.

Much of the power the perpetrator of sexploitation has is that this is a crime that often occurs in the shadows — in fact, they're counting on it. Thorn advises first and foremost breaking that hold, no matter how afraid one may be to ask for help. As one teen responded to a survey Thorn conducted:

“Reaching out is the best thing you can do. The people around you want what is best for you. They may be angry at first, but in the end, they will not love you any less…They might even gain some respect for your courage.”

Thorn also offers online guidance for victims and tips for worried friends and families. And if there’s no one safe available, Thorn itself keeps a crisis counselor available at all times via text — victims can text “thorn” to 741741.