People Have Been Hearing This Hum for Years. No One’s Sure What It Is.

A mysterious, unidentifed, low-frequency hum as been baffling people for years. 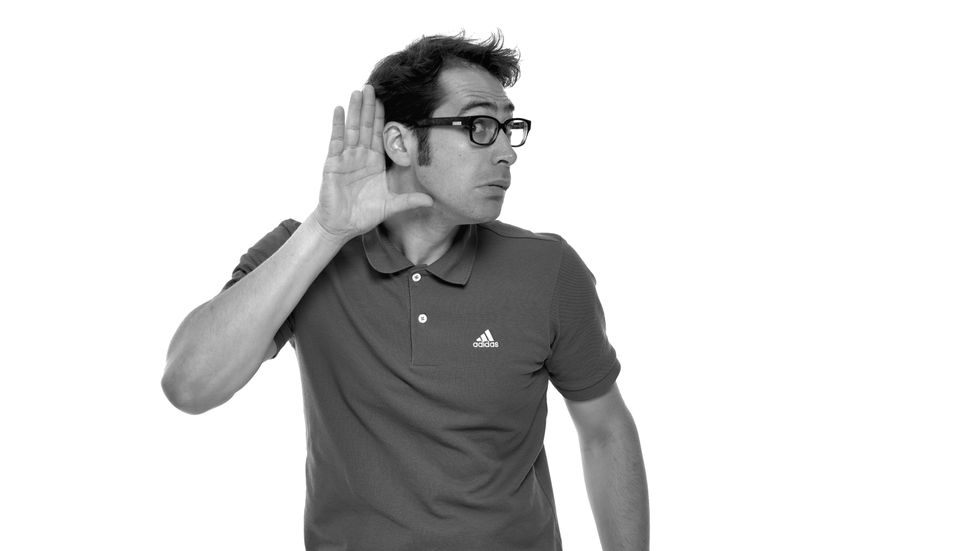 This is the World Hum Map.

For every little red dot on the map, someone has reported hearing a low-frequency hum whose source they’ve been absolutely unable to identify.

It’s not a new phenomenon, either. When Britain’s Sunday Mirror tabloid published an article about it called “Have You Heard the Hum?” in 1977, 800 people contacted the paper to say they had. There are accounts of what could be the hum dating as far back as 1828 when travelers to the Pyrenees heard a ”dull, low, moaning, aeolian sound” they couldn’t identify. And as recently as early April 2016, residents of Plymouth near the south shore of England were experiencing the return of an unexplained hum they’d first heard a year earlier.

Some people describe the sound as hum, and some as a rumble. Whatever it is, for some people, such as retired nurse Sue Taylor of Roslin, Scotland, it’s a real problem. According to Colin Dickey, writing in the New Republic, Taylor has said the incessant hum makes her dizzy and nauseous and that she feels like her head is about to explode. Her case is not unusual, either, with people hearing the mysterious noise all over the world, and many of them suffering from its constant presence.

There’s a recording of the hum on YouTube captured in Taos, New Mexico.

Full Disclosure: When I listened to the recording above, I immediately recognized it as the sound I heard constantly growing up in northern New Jersey. I’d chalked it up back then to some kind of cumulative sonic buildup from cars on the Garden State Parkway a quarter-mile away. I’d forgotten about the sound until I heard the recording.

Some theorists have suggested on a Facebook page dedicated to Hum sufferers that it’s somehow part of a conspiracy, possibly being broadcast from satellites as a form of remote torture or maybe mind control. They suspect a woman who drove through a White House checkpoint before being killed by police was under its influence.

And then there was Aaron Alexis, who killed 12 people at a D.C. Navy yard in 2013. Investigators later found this note on Alexis’ computer:

“Ultra low frequency attack is what I’ve been subject to for the last three months. And to be perfectly honest, that is what has driven me to this.”

Over the years, authorities have embarked on a number of serious and semi-serious investigations of the Hum. They’ve turned up nothing conclusive, and skeptical doctors have dismissed the phenomenon, saying its hearers were at best simply suffering from tinnitus.

The man behind the World Hum Map is Dr. Glen MacPherson, a former lecturer at the University of British Columbia. His map is a crowd-sourced effort to start figuring out, in some scientific way, what on earth—or above it?—causes the Hum. McPherson himself suspects the Hum may be a product of VLF (Very Low-Frequency) radio transmissions.

Now Fabrice Ardhuin, a senior researcher at Centre National de la Recherche Scientifique in France announced in Geophysical Research Letters, a journal of the American Geophysical Union, that he’s figured out what produces the Hum: Pressure from waves on the seafloor are causing the Earth to oscillate and produce low-frequency sounds for 13 to 300 seconds. These microseismic waves can be picked up by seismic instruments and by the small number of people sensitive to these low frequencies.

Is this really the answer? Do subterranean vibrations that last only five minutes at maximum explain the constant, maddening Hum? We’ll be listening.