Is Dog Man’s Best Friend Because of Oxytocin?

A new study shows that oxytocin plays a similar role in dogs’ emotions as it does in humans. 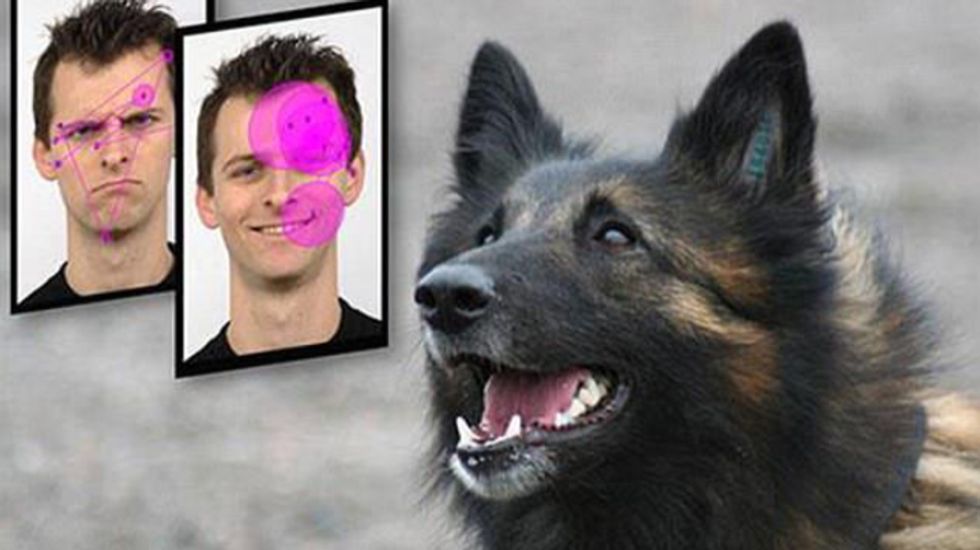 According to the scientists involved in the University of Helsinki's Canine Mind project, a dog’s eyes are the window to his or her souls just as much as a human’s are. Especially dog’s pupils, whose size is affected by their emotional state and their level of attentiveness. "We were among the first researchers in the world to use pupil measurements in the evaluation of dogs' emotional states,” says the head of the group, Outi Vainio, “This method had previously only been used on humans and apes.” The Canine Mind team decided to see if the neuropeptide oxytocin, the “love hormone,” had the same effect on dogs’ emotions as it does in other mammals, and has just released their findings in Frontiers of Psychology.

Researchers discovered oxytocin in humans as they were trying to understand why, as the American Psychological Association puts it, “breastfeeding women are calmer in the face of exercise and psychosocial stress than bottle-feeding mothers.” Since then, oxytocin has come to be associated with feelings of empathy, bonding, and trust-building, and it’s present during breastfeeding and sexual activity. In childbirth, it causes contractions that widen the cervix and vagina for labor and delivery. Oxytocin is produced in the hypothalamus and distributed via the pituitary to the bloodstream or elsewhere in the brain and spinal cord.

Recently, scientists have come to the conclusion that oxytocin’s not so one-sided, since it can also be present during stress, while feeling of isolated, and when experiencing difficulty with another.

Both of these aspects in dogs are reflected in the Canine Mind study.

The researchers used eye-tracking devices to study the dogs’ gazes and pupil size as they were shown pictures of unfamiliar smiling and angry male faces on a computer display. The dogs were allowed to look where they wanted, and this was interpreted — reasonably enough — as an indicator of their attentiveness to the pictures. And pupil size is known to indicate emotional intensity: The larger the pupil, the more powerful the feeling.

There were 43 dogs involved in the experiment, each of whom was tested twice: once after receiving a placebo saline nasal spray treatment, and once after being administered oxytocin via nasal spray. The dogs’ responses to the pictures were, as it turns out, quite different in the absence of presence of the oxytocin.

In terms of emotional intensity, the story was much the same. When the dogs hadn’t received the placebo, their strongest reactions — that is, their largest pupil sizes — occurred when they viewed angry faces, probably out of concern. With oxytocin, it was just the opposite: Smiling faces got the most pronounced response from the apparently chill dogs.

It’s not that surprising that the “love hormone” would play a role in the personalities of dogs, who are understood to be emotional, usually highly affectionate, animals. It helps humans bond with and react to each other, after all. Why not dogs and humans?