How About a New Theory of Evolution with Less Natural Selection?

Biologists debate adding a controversial new aspect to the understanding of evolution. 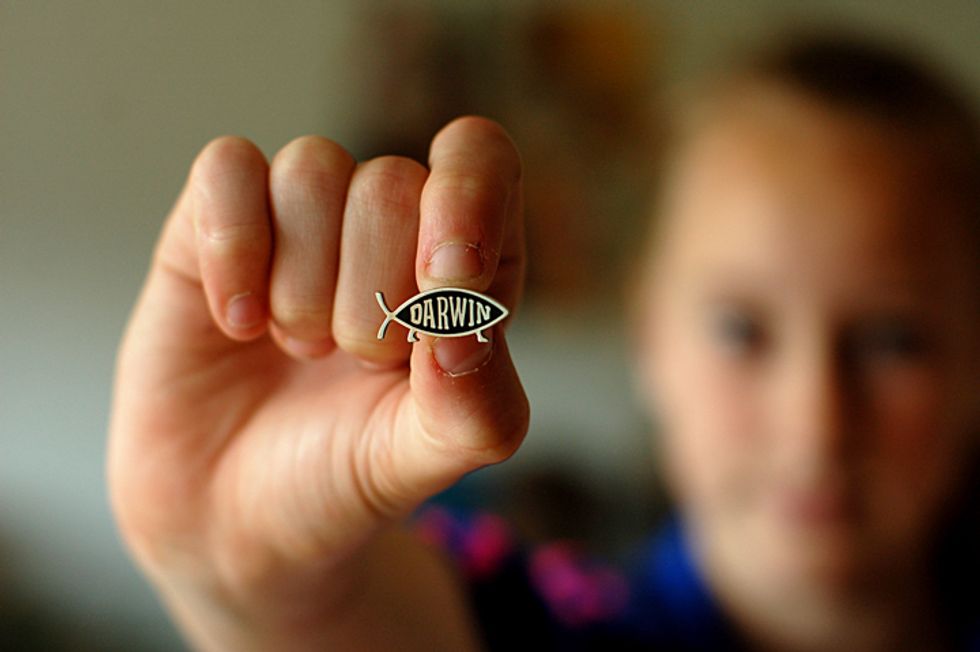 In early November, a group of preeminent biologists, doctors, anthropologists, and computer scientists met in London to consider making a major change to the concept of evolutionary biology introduced by Charles Darwin in Origin of the Species in 1859. It's not that they're interested in throwing out the idea of natural selection. It's just that they think recent research suggests it doesn't account for evolution all by itself. This isn't the first time such a revision has happened, actually. And it's not clear that it will this time: Conference co-host Kevin Laland told Quanta magazine mid-conference, “I think it's going quite well," Laland said. “It hasn't gone to fisticuffs yet."

The current understanding of evolution, known as “modern evolutionary synthesis," is itself a combination of natural selection and the 1865 genetics work of Gregor Mendel, published six years after Origin of the Species.

The modern synthesis emerged in the 1930s and 1940s, and it's what's taught in schools today. It states that evolution is the product of small genetic variations (Mendel's contribution) that survive, or not (Darwin's process of natural selection).

Some of the scientists at the Royal Society's “New Trends in Evolutionary Biology" meeting say that this isn't quite the case, and that there's a third element that needs to be incorporated: Behavior and environment can also cause evolutionary changes. Carl Zimmer of Quanta, who attended the conference, says, "The researchers don't argue that the modern synthesis is wrong — just that it doesn't capture the full richness of evolution."

To that end some attendees at the conference proposed a new understanding they call the “extended evolutionary synthesis." What it adds to Darwin's and Mendel's work is an awareness of epigenetics.

The word “epigenetics" means “in addition to changes in genetic sequence." According to science journalist Tabitha M. Powledge, “Broadly speaking, epigenetics is how nurture shapes nature." The field looks at inheritable genetic changes that don't involve the changing of a DNA sequence, but rather the activation or deactivation of genes via the epigenome, a layer of chemical tags covering and shaping the structure of a genome to turn individual genes on or off depending on the purpose of a cell, using a variety of chemical processes. The University of Utah has a great video explaining what an epigenome is.

According to the University of Utah, “The epigenome dynamically responds to the environment. Stress, diet, behavior, toxins, and other factors regulate gene expression."

Scientists used to believe that when a offspring is born, it starts with a clean epigenomic slate. This turns out not to always be the case, at least in plants and fungi, and maybe in invertebrates. Some epigenetic tags survive, and thus “epigenetic inheritance" may play a role in the organism's evolution. There's some evidence it also occurs in vertebrates, but the jury is still out, and the presence of epigenetic inheritance is difficult to establish. A trait may turn out to be the result of obscure or subtle DNA changes, or a common environment may cause the persistence of a trait in a subsequent generation rather than epigenetic inheritance.

Still, epigeneticists hope the field can help explain evolutionary changes that don't seem to be accounted for by modern evolutionary synthesis.

For example, speaking at the Royal Society was Melinda Zeder, who talked about the way in which modern synthesis fails to provide a reason for mankind's turning to agriculture 10,00 years ago and its ensuing evolutionary impact. Growing crops may have taken years, so there could not have been a short-term evolutionary benefit to it. As Zeder told Quanta, “You don't get the immediate gratification of grabbing some food and putting it in your mouth." It's also been theorized that a climate shift caused agriculture to bloom, but there's no evidence of such a shift.

Zeder suggests we take a different view of humans at the time as creative individuals who deliberately decided to change their environment by farming, pushing human evolution in that new direction. This process is called “niche construction," and it's more than just a human behavior; think beavers and their dams.

Not everyone agrees that epigenetics warrants a revision to the understanding of evolution, and there were plenty of skeptics at the Royal Society conference. Not everyone agreed with the conclusions of some experiments that putatively demonstrated epigenetic at work, and others noted that epigenetics undervalues the flexibility, or “plasticity," provided by plentiful genetic variations. Biologist Douglas Futuyma suggested the appeal of epigenetics was that it changes the organism from a passive receiver of genetics changes to an active participant in evolution. “I think what we find emotionally or aesthetically more appealing is not the basis for science," he said.

As Laland noted to Quanta, “This is likely the first of many, many meetings."