Alice, Bob, and Eve Are Neural Networks. And They Have Secrets. 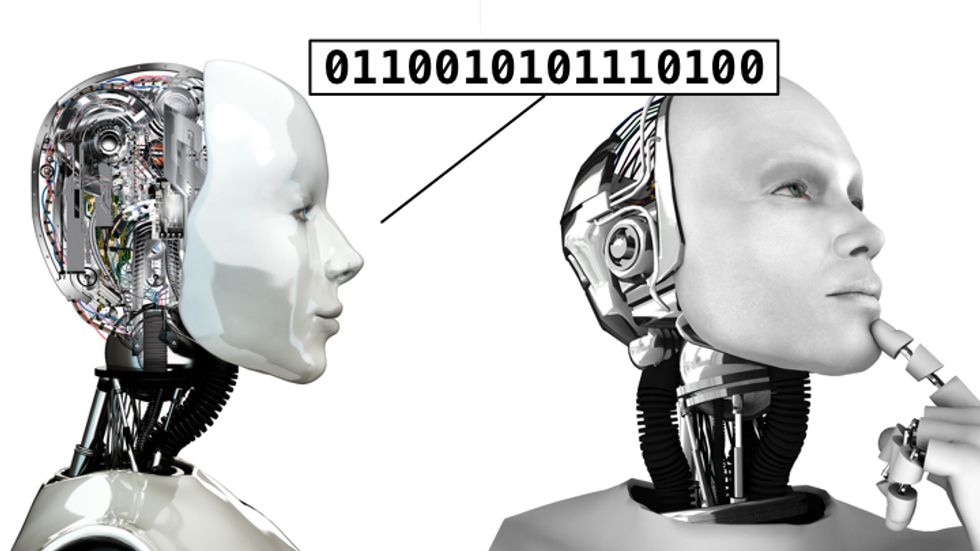 Google’s Deep Brain team has been working on artificial intelligence from a variety of angles. Last May, for example, their Magenta project attempted to teach AI how to create art and music.

A lot of what the team does is fairly abstruse to the non-scientist, but they’ve just announced something we can all understand, and it’s a doozy: Two Deep Brain scientists, Martín Abadi and David Andersen, recently tasked two neural nets with keeping a secret from a third. What they found was that “neural networks can learn to protect the confidentiality of their data from other neural networks: they discover forms of encryption and decryption, without being taught specific algorithms for these purposes.”

Neural nets — artificial-neuron-based systems — aren’t designed for cryptography, so Abadi and Andersen had been curious to see if neural nets could teach themselves to master it.

The neural nets were named Alice, Bob, and Eve. In the experiment, Alice was set the task of sending Bob message only he could read. (I’m going to use human pronouns here instead of the more correct “it” to make this easier to follow.) The two neural nets shared a numeric encryption key to use. Eve had no key, and was left to her own devices to figure out the message.

In this diagram, P is the original message and K is the key Alice and Bob shared. C is the encrypted message Alice produced, which is received by Bob and Eve, who each attempted to decipher it. (GOOGLE)

At first Eve was pretty good at it, but as Alice and Bob got more clever during 15,000 attempts, Eve’s failure rate remained consistently as Bob and Alice’s communication began to consistently succeed.

Alice and Bob got into some interestingly odd encryption tricks that leveraged calculations that human-generated encryption schemes don’t use. Much like the different logic with which Google’s AlphaGo surprised and defeated human Go master Fan-Hui last January, Alice and Bob did things to hide their messages that might never occur to a human.

While it’s easy to see that AI-devised encryption might ensure the integrity of machine-to-machine communications during secure multi-device operations, it’s also a little worrisome. Alice and Bob are the first neural nets who’ve kept secrets from their programmers. That we know of.