The l’Aquila Verdict. A Judgment Not Against Science, but Against A Failure of Scientists to Communicate 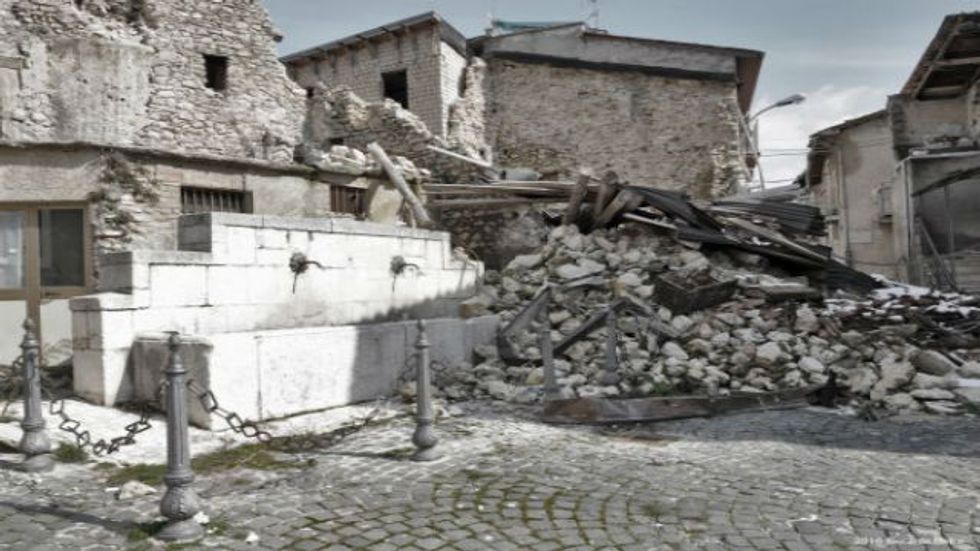 A court in Italy has convicted six scientists and one civil defense official of manslaughter in connection with their predictions about an earthquake in l’Aquila in 2009 that killed 309 people. But, contrary to the majority of the news coverage this decision is getting and the gnashing of teeth in the scientific community, the trial was not about science, not about seismology, not about the ability or inability of scientists to predict earthquakes. These convictions were about poor risk communication, and more broadly, about the responsibility scientists have as citizens to share their expertise in order to help people make informed and healthy choices.

It is ludicrous and naïve for the American Association for the Advancement of Science to condemn the verdict, as they did the charges when they were filed, as a misunderstanding about the science behind earthquake probabilities. That this was never about the ability of seismologists to predict earthquakes is clear from the very indictment itself; the defendants were accused of giving "inexact, incomplete and contradictory information" about whether small tremors prior to the April 6 quake should have constituted grounds for a warning. It was never about whether the scientists could or could not predict earthquakes. Even the leader of the 309 Martiri (309 Martyrs) who pressed for the case to be brought said so; Dr. Vincenzo Vittorini, who lost his wife and daughter in the quake, said back when the trial began "Nobody here wants to put science in the dock. We all know that the earthquake could not be predicted, and that evacuation was not an option. All we wanted was clearer information on risks in order to make our choices".

Dr. Vittorini’s frustration and anger are understandable. The scientists did a horrible job of communicating. In fact, the scientists didn’t communicate at all! Italy’s national Commissione Nazionale dei Grandi Rischi asked the experts to convene after a series of tremors in the seismically active Appenines led a local physics lab technician to predict a big quake (based on radon levels). The experts met for several hours, discounted the radon-based prediction, and agreed that the tremors could not help predict whether there would be a major quake. The scientists then left town without speaking at all. A local civil defense official who ran the meeting was asked about it by a reporter and casually and inaccurately described the discussions. "The scientific community tells us there is no danger, because there is an ongoing discharge of energy. The situation looks favourable." Dr. Bernardo De Bernardinis, deputy chief of Italy’s Civil Protection Department, added laconically that local citizens should go have a glass of wine. A little over a week later 309 of them were dead.

THAT is what this trial was all about; the poor risk communication from Dr. De Bernardinis – one of those convicted – and the NON-communication by seismic experts, who would certainly have offered more careful and qualified comments. Did that poor communication cause those tragic deaths and warrant manslaughter convictions? Certainly not, as the defense attorneys argued. But did it fail a frightened community looking to the scientific experts for help, for guidance, for whatever insights they could offer…a community so scared by the tremors and that lab tech’s prediction that hundreds of people were sleeping outdoors? Yes, the poor communication was a serious failure, although scientists share the responsibility with the Italian national government.

While these scientists were there for their expertise in seismic risk, not as communicators, they also knew full well how frightened people were, and how important their opinions about the possibility of a major earthquake would be, and how urgently the community wanted…needed…to hear from them. But they just left town, and let a non-seismologist describe their discussions. For his failing to do so accurately and without appropriate qualifications, the scientists themselves are also surely to blame.

But so is the national government. How can a Commissione Nazionale dei Grandi Rischi, which convenes experts to try to predict and plan for various possible disasters, not include someone responsible for the vital job of risk communication? This is a critical part of overall risk management, because it shapes the way the public perceives a risk, and that has everything to do with how prepared people are for natural disasters, how they respond when a disaster strikes, and how they recover, both physically and psychologically. The psychological recovery matters a lot to physical health. Chronic stress does great harm to human health in many ways and it is often the case in disaster recovery that the psychological damage does as much damage to the effected community, and in some cases more, than the disastrous event itself.

That there was no one at that experts’ meeting trained in and responsible for communicating the results of the discussion to the public, is a gross failure in and of itself. At the very least the experts in the meeting should have been expressly told that as members of the Commissione Nazionale dei Grandi Rischi they had an obligation to communicate to the public they were there to serve. Any risk management program that overlooks the importance of risk communication is dangerously inadequate. This entire affair could well have been prevented but for that oversight.

But there is a subtext here that brings us back to the role of scientists as communicators and educators, particularly scientists with expertise about issues involving risk. Indeed, this trial sends a message to anyone with such credentials. As much as we need experts to help predict and plan for risk to society in general, we also need experts to help us understand what we need to know to protect ourselves as individuals. Scientific experts are among the most highly trusted sources of information in society, and as much as they share their expertise about risk with governments, they should also communicate with and educate individuals looking for the same kind of guidance. Small wonder then that the people of l’Aquila are celebrating what is essentially their revenge against those they hoped would help them make informed choices about how to stay safe, experts who – quite innocently, to be sure – let those people down.