The massive damage humans have done to the natural world has provoked a backlash that could be just as dangerous, or more. There is a growing global rejection of technology and almost anything human-made in favor of whatever is more 'natural'. But a simplistic rejection of modern technologies eliminates many of our best options for solving the problems we've created. 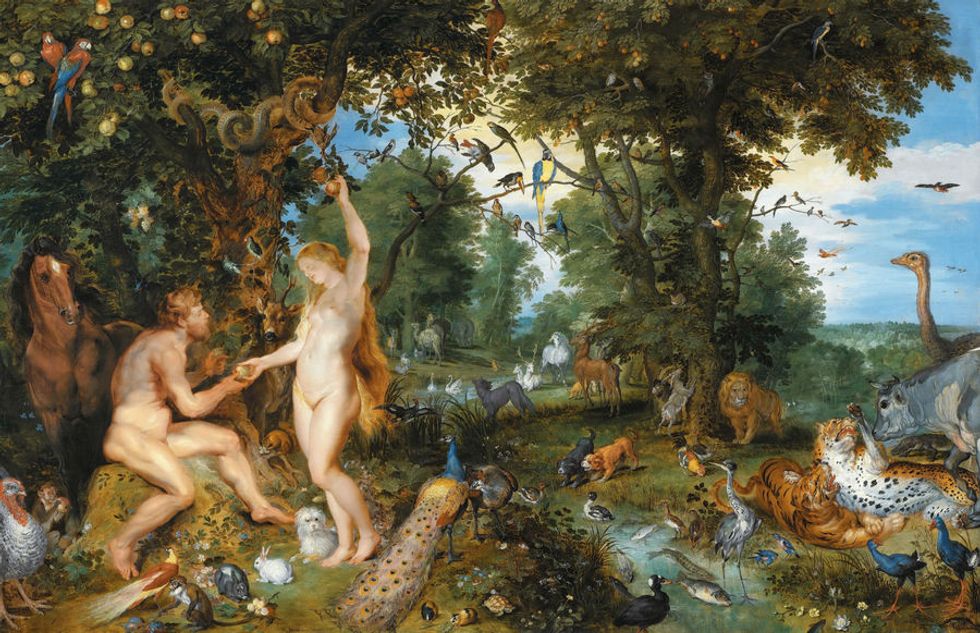 The one lane road weaves through a rough valley of boulder-strewn fields in the mountainous Western Autonomous Region of China, just east of Tibet. An occasional Buddhist monastery sits on a hillside, decorated with strings of waving colored prayer flags that brighten the otherwise austere landscape. We drive along, peering anxiously up at the overcast sky, hoping the clouds will break and allow us the once-in-a-lifetime experience of a glimpse of a total solar eclipse

The sky begins to dim, and like a gift, the clouds thin, just enough that we can see it has begun. We pull over next to a small white prayer Stupa along a stream and gaze up. A dark sharp curving shadow is spreading down from the upper edge of the sun! Through thin clouds we can see it all, see the curved shadow growing, watch it move, see the sun steadily disappearing in the middle of the day! Our hearts race! Buddhist prayer chants echo from distant monasteries all along the valley, to honor a moment so special that it is believed to magnify the Karmic results of one’s actions millions of times.

The sun slowly disappears until only a sliver at the bottom is left, a bright Cheshire cat grin, and then, as if a switch was flipped, it is fully gone and the dim afternoon falls suddenly into nighttime darkness, only a glowing shimmering edge around the shadow left to mark where the sun is hiding. It is magical. We know it is no more than a well-understood physical phenomenon, a predictable astronomical coincidence. But it feels magical, special, a privilege, and a reminder to be humble, almost like a purposeful message from Nature saying, “Hey you puny humans, don’t get so proud that you forget who is really running things!”

The moon’s shadow slides slowly on, and after a few minutes of complete darkness, the tiniest sliver of the sun appears, and night snaps back into day. Grinning, we tuck the gift of this moment in our hearts and drive on.

The belief in an idealized Edenic Nature, that we are separate from that Nature, that we are so powerful that we are destroying all of Nature, and by dint of our superior reason that we can outsmart our own natural instincts, poses a serious threat to human and environmental health in two ways. As mentioned in Part Two, it’s dangerous to place so much faith in a solution that simply cannot be achieved given the inherently instinctive nature of human cognition and the overpowering "me first" imperative of survival. But more, the narrow anthropocentric view that modern civilization is ruining Nature — that modern civilization is almost antithetical to the very concept of Nature — animates a growing opposition to many of the modern tools, which, if more wisely applied, can help reduce some of the damage we’re doing. Consider just a few:

These products and technologies, and many more, are the "monsters" in Bruno Latour’s insightful essay Love Your Monsters, Why We Must Care For Our Technologies As We Do Our Children. In the eyes of environmental leaders like Vandana Shiva, who preach that we need to get Back to The Garden, these technologies and others, and even modern civilization itself (as Professor Wilson laments), are evil. Threats. Only harmful, not also potentially helpful. The products of our intelligence, modernity itself, have become the bad guy. As Shiva has written, modern humans and science are at war.

“The war against the Earth began with ... Francis Bacon, called the father of modern science, who said that science and the inventions that result do not ‘merely exert a gentle guidance over nature’s course; they have the power to conquer and subdue her, to shake her to her foundations.’"

Of course Bacon wasn’t necessarily advocating that "science and inventions" should go to "war against the Earth," though in many ways they have. Perhaps he was also warning against just such harms, that we should use our tools and our intelligence carefully, responsibly. But he would have laughed at the modern extreme version of the Precautionary Principle idea proposed by more ardent classical environmentalists, the idea that because those tools might do harm, that we reject them outright for even the most speculative harm they might do. Were Bacon around now, the father of the scientific method would mock the Back to the Garden naïveté of those who more and more think of science and its inventions as threats, monstrous Dr. Frankenstein creations only to be feared and rejected. And he would surely note the hypocrisy of those who say that our salvation lies in our power to reason, and yet who reject many of the products of that power because they conflict with the Back to the Garden ideal.

There are, of course, all sorts of environmentalists, which broadly just means anyone concerned about the immoral and irrational damage humans are inflicting on the natural world. That’s most of us. Many recognize that human-made technologies, though they have been part of the problem, can and must be part of the solution. But the most strident environmental leaders (and many of the most popular) have less room for such compromise, and they are turning our shared concern for an injured Gaia into a sweeping Back to the Garden religion that goes way too far in demonizing the tools and products of modern life, tools that, for all the harms they have undeniably done, have also provided vast benefits, and which also can help us live in better balance with Gaia going forward.

There is no question that humans, and the biosphere we live in, are headed for an inevitable, nasty crash that will certainly largely be our fault. This crash is unavoidable, because of all of the processes we’ve already set in motion, and because the instincts that subconsciously compel most of our behavior are far more powerful than our purposeful conscious reasoning. Our modern advanced brain is not powerful enough to overcome the ancient animal we mostly remain.

But as Stewart Brand has so pithily put it when laying out the goal of his counter-culture Whole Earth Magazine and Catalog in 1968:

We are as Gods, and we might as well get good at it.

We are smart. We do have remarkable technological tools. But we can only apply those tools if we use our intelligence to recognize that we are a part of nature, and humbly accept that we are not so smart that we are apart from it. We have to be more modest about the limits to human reason and get beyond the hubris of how special we think we are. If we are smart enough to do that, then we might see past the naive Back to the Garden faith that a pre-human Nature is the ideal and only true Nature, and see how the poetic appeal of a return to Eden blinds us from achieving effective solutions to the terrible harm we continue to cause.

I am 40 feet below the surface of the South Pacific off the island of Peleliu, staring at a cuttlefish that does not seem happy at my attention. It is flashing iridescent colors along its body, spreading its tentacles toward me menacingly, and the jaws of its beak are open in what is clearly a “DO NOT COME ANY CLOSER” pose. How engrossing it is to be one-on-one with this remarkable and clearly sentient, intelligent creature, a species possibly older than fish or sharks with abilities science has only begun to fathom. Focused on each other, the connection between us feels like a gift.

A dark thought runs through me, that the damage humans are doing to the oceans may doom this remarkable being. But then I remember those pictures our dive master had shown us of this site from 10 years ago. The coral was white, skeletal, seemingly bleached dead by El Nino warming in the Pacific. There were no cuttlefish, no fish at all. A decade later it’s a multi-colored, vibrant garden of life, a resilient complex ecosystem blithely going about its natural business, heedless (except for the cuttlefish) to the invader who needs bulky, awkward, risky technology to even be in this foreign environment, where the cuttlefish is totally at home.

And as this all goes through my mind, the cuttlefish, apparently satisfied that I am no longer a threat, slowly turns so his tail is to my face and, rather smugly it seems, swims casually away and fades into the depths.