Common assumptions about the dangers of radiation are excessive. Journalism plays a huge role in creating and feeding these fears. 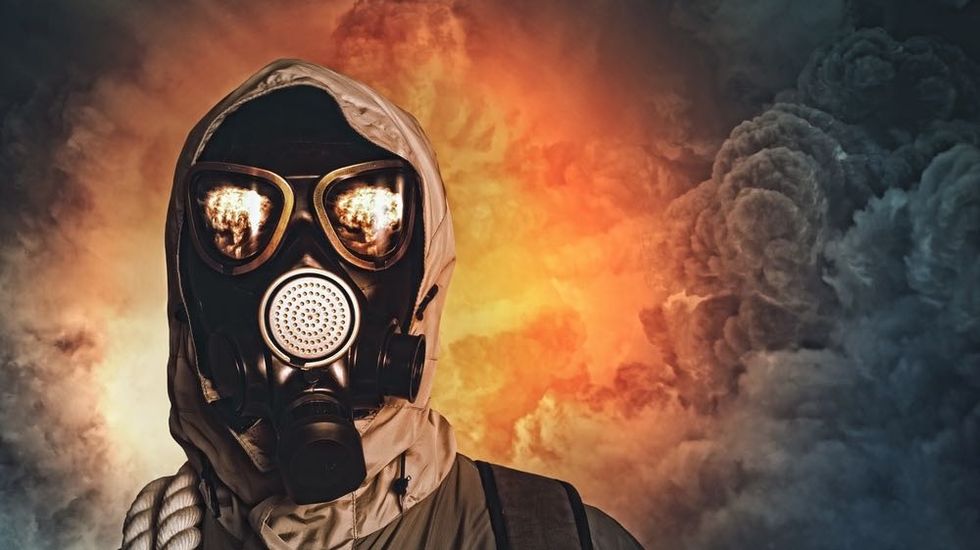 It is a common lament that people’s fears of some things — vaccines, child abduction, genetically modified food, anything with the word "chemicals" in it — are excessive and fly in the face of the evidence. This lament is often raised loudly by science journalists, who blame these misperceptions on a lack of science education, or fear-mongering by advocates, or, frequently, on people being irrational. Yet excessive fears like these that have become widely accepted in society as basic truths have another fundamental cause; journalism itself. Few subjects exemplify this as clearly as does the fear of nuclear radiation.

Ionizing radiation is a veritable poster child for how journalism dramatizes the scariest aspects of risk stories, and plays down or completely leaves out information that would make the risk seem less frightening, information the news consumer needs in order to make an informed judgment about just how big or small the risk actually is. This is the first of two essays that dissect a couple recent examples.

Forest Fires Threaten New Fallout From Chernobyl warns that Chernobyl “blanketed” a vast region with radiation and as a result “radioactive wild boars roam German forests, and radioactive mushrooms grow in Bulgaria.” That kind of simplistic, dramatic language would fit right into a sci-fi horror film. The story cites a study (Fire evolution in the radioactive forests of Ukraine and Belarus: future risks for the population and the environment) warning that forest fires in the contaminated area since 2002 have re-released the equivalent of 8 percent of the radiation released by the Chernobyl accident, and that climate change could reduce precipitation and raise temperatures and thus increase the risk of fires, which would increase the re-release of radiation. Sounds alarming.

The story also warns that the risk could last for a long time, because the radioactivity is coming from isotopes “which take decades to millenniums to decay. The contaminants remain in soil and in plants that, once on fire, can release them into the air.” More alarm.

But just how much of an actual risk does this pose to people or the environment? The reader never finds out. The story only says;

How much of a health threat this would pose is unknown.

Not to leave it at that, the reporter then closes with an ominous quote from study author, Dr. Timothy Mousseau of the University of South Carolina:

“There is never a positive consequence of having increased amounts of mutagenic materials in our environment. It’s always negative.”

That may fit the assumed alarmist narrative about radiation, but it is also just plain wrong. High school science-level wrong. Some mutations cause harm. Some produce benefit. Mutations power evolution. The alarmist overstatement about the risk of mutagenicity is so patently wrong that it should have alerted any fair-minded and mildly skeptical science reporter to possible bias by Dr. Mousseau and his work.

It’s not as though it would have been hard for the reporter to find out about Dr. Mousseau, who is known among his colleagues for pushing alarmist interpretations about the harm of radiation from Chernobyl that are unsupported by the evidence. And on the more fundamental issue of the actual risk implied by this study, it would have been easy to find that out too. There is a whole field of science, radiation ecology, that researches questions like this. It took me 15 minutes to find The Journal of Environmental Radioactivity piece that reviewed the body of literature on just this topic — Forest fires in the former Soviet Union: no reasons for radiophobia, which found that

“forest fires in the Chernobyl area or elsewhere in Russia bear today no risk of significant radiocontamination.”

Why? Isn’t radiation anywhere a risk? Yes, but DOSE MATTERS to how much of a risk there is. As with most risks, the danger goes up as the dose of radiation gets higher, and except for the immediate region right around the Chernobyl plants, the doses of radiation that "blanketed" the wider area were not all that high in the first place. (It is stunning to see how often stories about risk, especially from science journalists who are supposed to know better, fail to include critical information about dose and what the actual risk is at the dose to which people are exposed.) Further, much of that radiation has now decayed away, so doses from re-release from forest fires in the future would be even lower. Any follow-up reporting on this study with any expert in the field of radiation ecology would have informed the reporter about this, which is information centrally relevant to any reader trying to make informed judgments about the risk of radiation.

Excessive fear of radiation may be caused in some measure by a lack of public science education or people’s tendency to gauge risk with their feelings more than just the facts. But the heart of the problem is alarmist risk reporting that uncritically echoes the commonly held assumptions, largely created and reinforced by the media, about the dangers radiation is believed to pose.  Mea culpa. I did this for years while covering nuclear issues as a broadcast environment reporter in Boston. I just never looked further into the specifics of the actual biological risk of radiation, especially the question of dose. Shame on me.

Stories that suggest danger, but fail to include information that might modify the fear may be a great way to get readers to pay attention, but by the basic standards of journalism, this is a lousy way to report objectively about risk. And it’s a harmful way to inform the public, whose excessive fear of radiation has tangible impacts on the choices people and society make.

In Part 2, an even more egregious example; a reporter who KNOWS about dose and how low the overall risk of radiation is, and plays up the drama and alarm anyway.