It is Time to Hold Nuclear Fear Mongers Accountable. 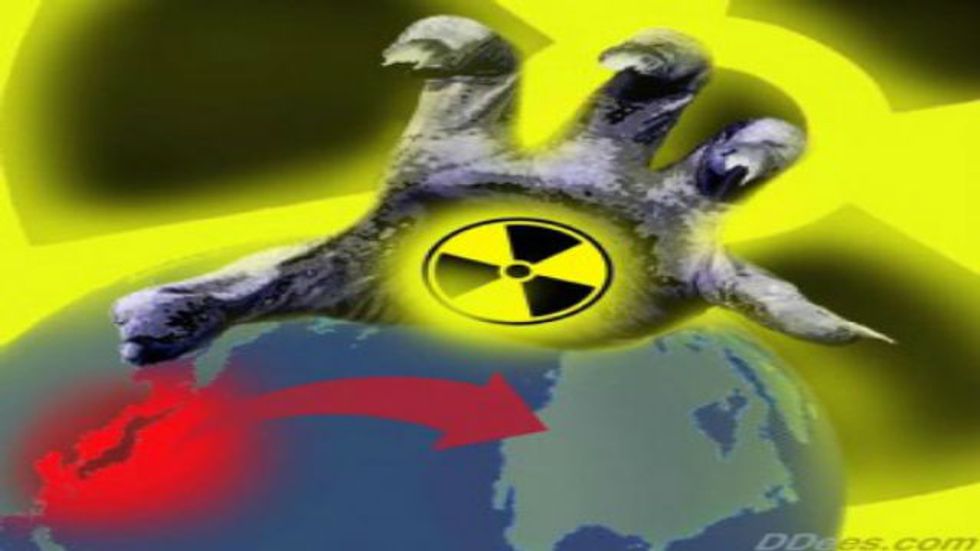 Humans are blessed, and cursed, with a risk perception system that mostly gets things right, but sometimes creates what I call a Risk Perception Gap, when we worry more than the evidence warrants, or less than the evidence warns. Such seemingly irrational fears, which produce all sorts of very real harms all by themselves, are the product of the inherently emotional and instinctive nature our risk perception system. But sometimes the Risk Perception Gap, and the harm it causes, is the product of people or organizations playing on our instincts to advance their own agendas.

It is time to be blunt. Angry, even. People and organizations that promote excessive fear should be held accountable for the harm that fear causes. There are many examples. In this case, the finger is pointed at those who promote excessive fear of nuclear radiation. There is an egregious example playing out right now, in Fukushima Japan, described in an insightful report in the current issue of Nature

The article makes maddening reading for anyone aware of what science has learned about the biological effects of nuclear radiation. As the article reports, study of the survivors of the atomic bombings of Hiroshima and Nagasaki has established with great certainty that the risk from nuclear (ionizing) radiation is exceptionally low, far lower than most of us realize. Those studies have found that the levels to which Fukushima area residents were exposed is likely to produce so few cancers that they will be undetectable in any analysis of normal cancer rates. (The A bomb survivor studies also established that ionizing radiation causes birth defects in infants exposed in utero, but no multi-generational genetic damage, all those science fiction movies notwithstanding)

But the Nature story reports that the roughly 210,000 people who fled or were evacuated from potential danger zones in and around Fukushima are in fact suffering all sorts of health problems, in part from fear. They are experiencing mental health problems like anxiety, Post Traumatic Stress Disorder, depression, as well as increases in substance abuse, far in excess of normal rates for the Japanese public. The ‘simple’ chronic stress the Fukushima evacuees are suffering also raises their risk of cardiovascular disease, gastrointestinal diseases, and because chronic stress suppresses the immune system, the worries of Fukushima evacuees will almost certainly impair their overall health and even their longevity.

It is common for survivors of natural disasters to suffer such symptoms. But research is finding that these effects are much worse among the Fukushima evacuees than the survivors of the tsunami. They are suffering from a unique fear, the fear of radiation, fear that far exceeds the actual risk, fear that has been dramatically inflamed on purpose by those who campaign against nuclear power. Indirectly, but concretely, this fear mongering is responsible for some degree of what the Fukushima evacuees are suffering.

To be fair, it may be that many of these anti-nuclear advocates are simply not aware of what the evidence tells us about the biological effects of radiation, so they just echo the commonly held beliefs about radiation risk. It is also understandable that some environmental groups, even if they do know what the evidence says, persist in their opposition to nuclear power because it is woven into their very foundations. Environmental pioneers Rachel Carson and Barry Commoner both talk about how fear of nuclear weapons, and then fear of the radioactive fallout that atmospheric nuclear testing produced, helped trigger their environmentalist passions and modern environmentalism itself. From the very beginning, to be an environmentalist meant being anti-nuke.

But neither ignorance nor culturally embedded historic concerns are acceptable excuses for alarmism when that alarmism does real and dramatic harm, as the excessive fear of radiation is doing now in Fukushima, and as it did after Chernobyl, and as it has done to public health worldwide for decades by driving energy policy away from nuclear and toward coal, the particulate pollutants from which sicken and kill tens of thousands of people a year. (And that doesn’t even mention how nuclear fear has led to a fossil fuel-based power generation policy that has drastically increased the threat of climate change.)

This alarmism is particularly inexcusable for advocates, who promote their agendas in the honest and laudable pursuit of public and environmental health and yet, by fueling our fears, cause precisely what they are trying to prevent. In the name of protecting us, they are hurting us, tangibly, seriously, and on a huge scale. Unintentional though this may be, they must be held accountable for the very real health damage they are doing. Fukushima could not be a more stark example.

Just how do we do that? These organizations rely on us for their funding and membership, for their very existence. As dues paying members of those organizations, we need to think critically about all of what they say and do, and not just naively swallow whatever the group says just because we agree with them in general. We should demand that they be fully informed; ignorance about radiation is inexcusable for a group that campaigns against nuclear power. We should demand that they honestly consider all the evidence, and not just cherry pick the facts that fit a preconceived view while ignoring those that don’t fit. We should support the groups that behave responsibly, and withhold our support from those that don’t.

And what might motivate us to take those steps? Ultimately, the responsibility for how these groups behave falls to each us as members. If a group to which we belong uses our support to promote alarmism that advances its agenda but also does real and serious harm, we each share some of the responsibility for that harm. Think of the people of Fukushima, whose health is suffering because of an excessive fear of radiation, an excessive fear nurtured by organizations to which you may belong, organizations which, in pursuit of their beliefs are doing precisely the sort of damage they, and you, hope to prevent.

Many of the environmental and public health advocacy groups that question or oppose nuclear power are fine organizations and do many valuable things. We have them to thank, in part, for clear air and water and other improvements in environmental quality. But they must be held to account for alarmism about radiation that goes far beyond what the evidence supports.