Gun Control Keeps Getting Shot Down. Why Does a Tiny Minority Always Win?

Most Americans want reasonable gun safety laws, and in a democracy, the majority is supposed to win. Why isn't it working that way with gun control? 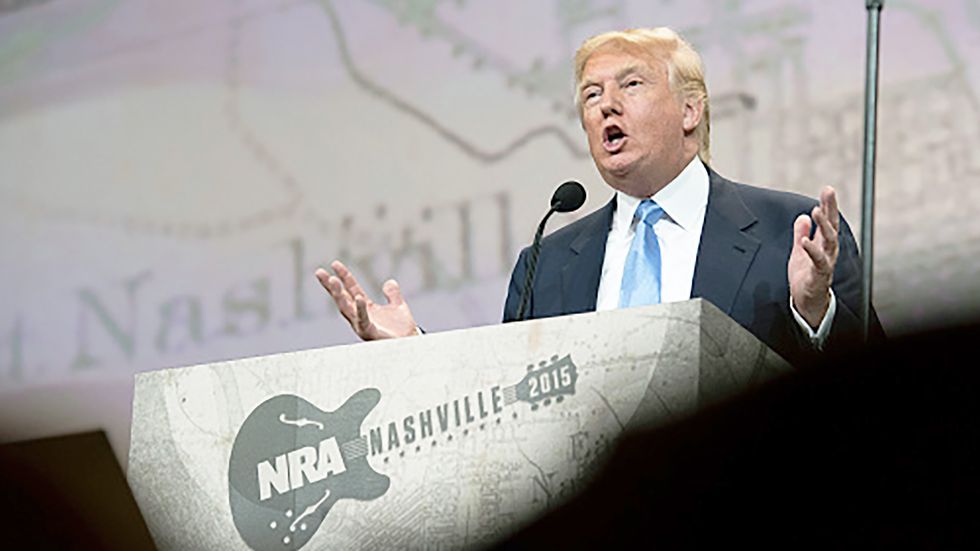 Our thoughts and prayers aren’t enough, we are told. Our sorrow and anger are not enough. We express them after every mass shooting, but nothing changes. Why aren’t this repeated outpouring of emotion, and public opinion overwhelmingly in favor of reasonable gun safety laws, enough to get things to change? In a word, fear. The people who fight so fiercely for unfettered gun rights are more afraid than the people who want reasonable gun control.

Yes, fear. Ask yourself one question. How worried — seriously personally worried — are you that you will be shot to death? As sad as you may be about the tragic mass murders in Oregon last week and all the other mass murders-by-gun that have made headlines over recent years, and as angry as you may be that American democracy has been hijacked by extremists who took over the leadership of the NRA in a coup in the '70s to use the gun issue to pursue an absolutist libertarian agenda, how really scared are you, personally, that you will be killed by somebody else with a gun? Probably not all that much.

Statistically this makes sense. In 2013 the chance of being murdered by a gun for the average American was 0.0000035. And of course gun murders occur more frequently in certain areas and under certain conditions, making the risk for the "average" American even lower than that. Psychologically this lack of worry makes sense too. We all go about our daily business under the comfortable deceit of what is known as Optimism Bias. Unless a threat is staring us right in the face, we blithely tell ourselves — subconsciously, of course — “It won’t happen to me.” So we may feel sad at the tragedy of these murders. And we may be angry. But we are not personally worried that we are in serious danger. We’re not scared enough to get active enough to really press for change.

On the other hand, the few fierce radicals of the gun rights movement are scared, deeply scared. Of what? They say they feel threatened by criminals, terrorists, illegal immigrants, and most of all by "big government." They say they need guns to protect themselves from all those threats.

Until the majority of Americans who want reasonable gun safety laws feel that level of passion, the shootings will continue; the bodies will pile up; the professed public sadness/shock/frustration will come and go — and little is likely to will change.

But what these extreme libertarians actually fear runs much deeper than that. These are people who want to live in a society that allows every individual the maximum freedom of choice. Yet the government tells them what to do in all sorts of ways, and the more moderate democratic majority overrules their values on issues like abortion or gay marriage, and they feel powerless, viscerally upset that their freedoms are being denied and that they can't live life the way they want too. As the head of the NRA, Wayne “No Compromise” LaPierre has said of the gun rights issue, “Reduced to its core, it is about fundamental individual freedom, human worth, and self-destiny (my emphases).

In essence the extremists fighting for unfettered gun rights feel like the world is taking away their power to control their lives. Such powerlessness is profoundly threatening. Research on the psychology of risk perception has found that lack of control — powerlessness — is deeply threatening to anyone’s sense of safety. Whether it’s sitting in the passenger seat of a car and being nervous because you don’t have the wheel in your hand, or suffering as a democratic society tells you what to do and imposes values that conflict with yours, when you don’t control what’s happening to you — that’s really scary.

Depressing as that sounds, there is hope, and it comes, surprisingly, from the very Supreme Court decision that gave the gun rights movement its most important victory. In his majority opinion in District of Columbia v. Heller, Supreme Court Justice Antonin Scalia wrote:

"Like most rights, the right secured by the Second Amendment is not unlimited.

Nothing in our opinion should be taken to cast doubt on longstanding prohibitions on the possession of firearms by felons and the mentally ill, or laws forbidding the carrying of firearms in sensitive places such as schools and government buildings, or laws imposing conditions and qualifications on the commercial sale of arms.

We also recognize another important limitation on the right to keep and carry arms … the sorts of weapons protected were those 'in common use at the time.' We think that limitation is fairly supported by the historical tradition of prohibiting the carrying of 'dangerous and unusual weapons.'"

Scalia even seems to invite gun control legislation to work out the details of what the Second Amendment does and doesn’t allow, noting that the ruling in District of Columbia v. Heller was just a first step that left a lot to be determined by the democratic process;

… since this case represents this Court’s first in-depth examination of the Second Amendment, one should not expect it to clarify the entire field.

We are aware of the problem of handgun violence in this country, and we take seriously the concerns raised by the many amici who believe that prohibition of handgun ownership is a solution. The Constitution leaves the (government) a variety of tools for combating that problem, including some measures regulating handguns.

That is a lot of language, from an arch-conservative paragon, that says all sorts of controls on gun ownership are well within the Second Amendment, and that the No Compromise gun rights extremists don’t have a legal leg to stand on as they fight any and all reasonable gun safety laws.

But they do have a political leg to stand on, a powerful political leg standing on the deep fears of a small group of people who feel that their freedom to live the way they want to, that their control over their own lives and futures, is threatened. Until the majority of Americans who want reasonable gun safety laws feel that level of passion, the shootings will continue; the bodies will pile up; the professed public sadness/shock/frustration will come and go — and little is likely to will change.

David Ropeik is an Instructor at Harvard, a consultant in risk perception and risk communication, author of How Risky Is it, Really? Why Our Fears Don't Always Match the Facts, and principal co-author of RISK, A Practical Guide for Deciding What's Really Safe and What's Really Dangerous in the World Around You. He runs a program called Improving Media Coverage of Risk and was the Director of Risk Communication at the Harvard Center for Risk Analysis, part of the Harvard School of Public Health, for 4 years, prior to which he was a TV reporter, specializing in environmental issues, for a local station in Boston for 22 years.