Fukushima Kids Are Getting Fatter. Not From Radiation. From Fear. 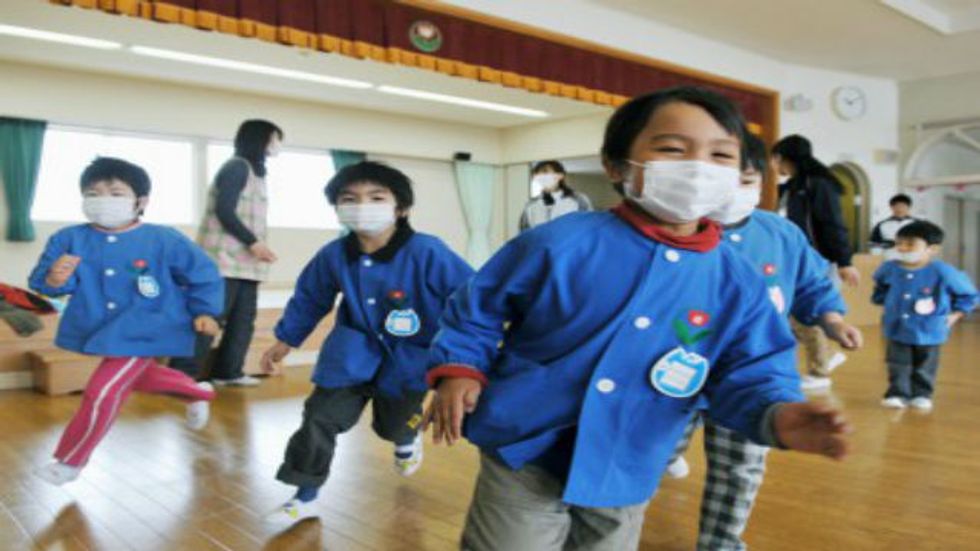 I write here about the Risk Perception Gap, when we worry too much about smaller risks and not enough about bigger ones. More than just an interesting example of how human cognition isn’t nearly as ‘rational’ as we’d like to believe, the Risk Perception Gap is a serious risk in and of itself. Worrying too much, or not enough, can be bad for you. Here’s some recent evidence, from Fukushima.

The disaster at the nuclear plant there, triggered by the worst earthquake and tsunami in 1,000 years, contaminated a wide area with radiation. 150,000 people had to leave an area of 12 square miles. Much of the evacuation zone is habitable again since radioactivity levels drop with time. But even when the radioactivity levels were at their highest, health experts agreed they were still so low that they would cause very few excess cancer cases or deaths, too few in fact to register any change in the normal cancer rate. So, scary as it understandably was, the radiation released by Fukushima never posed much of a health threat.

But fear of radiation does, and one serious health effect of that fear is starting to show up; obesity in children. The Japanese education ministry says that children from Fukushima prefecture aged five to nine, as well as those aged 14 and 17, are the fattest in Japan, 20% heavier than the standard weight for their age. Obesity in six year old boys and eight year old girls doubled compared with the previous survey. Why? Because fear of low level radiation, at levels that experts say pose infinitesimal risk, is causing parents and schools to keep kids inside. They aren’t exercising as much. So kids in that part of Japan are getting fatter, which, compared to the practically non-existent risk from radiation, poses a very real danger to those kids from all sorts of obesity-related health problems.

Schools have built indoor gyms, but that hasn’t been enough. Parents have been informed about the scientific evidence about the health effects of radiation, which is based on the study of the Japanese survivors of the atomic bombings of Hiroshima and Nagasaki, research that has established with great confidence that the levels people are exposed to in Fukushima pose practically no risk at all. Radiation biologists agree that below an effective dose of 100 milliseiverts (mSv) the risk from ionizing radiation is so low that public health studies like those that have followed the A-bomb survivors, known in Japan as hibakusha, can’t detect any effect. That hasn’t been enough either, not against the deep fear of radiation. When Dr. Sunichi Yamashita, Vice President of Fukushima University and an internationally recognized expert on the health effects of radiation, explained to his neighbors what the study of the A bomb survivors have taught us, they dismissively labeled him “Dr. 100 mSV” and “Dr. Brainwasher”, and dismissed the robust evidence that the actual risk from radiation was nowhere near as great as they feared.

That’s the Risk Perception Gap. The same thing happened after the Chernobyl nuclear disaster, which released far more radioactivity material, that emitted much higher levels of radioactivity. A World Health Organization analysis of all the reliable health studies on Chernobyl found, 20 years later, that fear did more damage to human health than radiation at Chernobyl. “The mental health impact of Chernobyl is the largest public health problem unleashed by the accident to date.” Rates of depression doubled. Post Traumatic Stress Disorder was widespread, anxiety and alcoholism and suicidal thinking increased dramatically. (Chernobyl’s Legacy: Health, Environmental and Socio-Economic Impacts.)

And even without industrial nuclear plant accidents, fear of radiation has causes us great harm. In the U.S. and many European countries fear of radiation fueled opposition to nuclear power (and still does) raising the cost of nuclear power so high that we’ve ended up burning far more coal, the particulate pollution from which kills tens of thousands of people world wide every year.

Ionizing (nuclear) radiation is scary for lots of reasons.  It’s deeply rooted in the existential fear of nuclear weapons, which led to exaggerated alarms about the danger of radioactive fallout from atmospheric weapons testing (fears that fueled the beginning of the modern environmental movement).  Radiation is invisible and odorless, and any risk we can‘t detect leaves us feeling powerless to protect ourselves, which makes it scarier. Radiation causes several different types of cancer, a disease which is associated with great pain and suffering and therefore scares us more.  Nuclear radiation is human-made – as opposed to the natural carcinogenic radiation from the sun that kills 12,000 Americans from skin cancer each year – and that makes it scarier too.

That’s an awful lot of emotional baggage, and given that the way we assess and respond to risk is a mix of facts and how those facts feel, (what psychologist Paul Slovic and Melissa Finucane and others call the Affect Heuristic) it’s easy to understand why The Risk Perception Gap exists, and is so stubbornly resistant to an objective analysis of the evidence.

The problem is, The Risk Perception Gap gets us into trouble. With nuclear power (many of us are too afraid), or climate change (we’re not afraid enough), or pretty much any potential peril, when we worry more than the body of evidence suggests we need to, or less than the evidence says we should, we make mistakes. We make personal choices, and social policies, that feel right but which create risks all by themselves, sometimes much bigger risks than the one we’re thinking about in the first place.

The challenge is to recognize this risk, the hidden risk that arises when because of natural instincts we get risk wrong, and factor the danger of The Risk Perception Gap into our thinking as we try to make the smartest decisions about how to keep ourselves safe. If some of the parents in Fukushima prefecture could approach things this way, they might let their kids run around outside a little more, and protect them from the dangers of Fear Itself.