"exFEARience", A Scary (and Brilliant) Satire on a Scary Truth; Fear Sells. 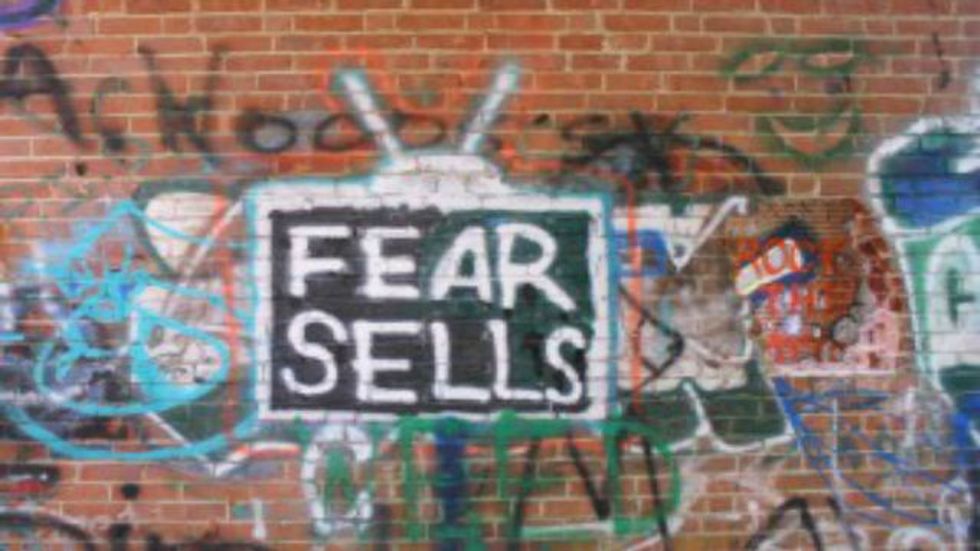 It’s no mystery that fear sells, and for good reason. News stories, products, politics…it doesn’t matter what it is or where you hear about it, if something suggests danger, you’re going to pay attention. You have to. Your brain gives you little choice in the matter. The alternative is that you could possibly die, which is a crappy option, so the brain instinctively draws your attention to anything that could involve a threat.

Now an ad agency is using the truth of our instinctive, subconscious, beyond-our-own-free-will fearfulness, to satirize the world that sells stuff with fear. They have produced a false ad, actually an ad for their agency, titled exFEARiential. The ad is funny, brilliant, and frighteningly true. Take a look, and come back for a few quick insights from the neuroscience of fear and memory, and the psychology of risk perception, that explain just why this ad is SO true.

Amazing, huh? The first hint at the underlying neural truth of this fabulous satire comes at 1:03, when “Megan Towers, Exfearience Planner” says “You see, fear releases adrenaline, which is directly released to memory. So we’re literally searing our brand into their minds.” The neuroscience of memory is more complex than that, but Megan’s got the core of it; the brain’s wiring and chemistry magnify the power of signals that carry more meaning and importance…including signals that suggest “YOU COULD DIE!!!!!”. One effect of this magnification is to strengthen the synapses connecting neurons in the networks involved in processing this signal, and to add entirely new synaptic connections to this network, to encode that experience more deeply and powerfully into the web of connections that are the physical manifestation of where those memories exist. This kind of learning is a handy trick, given that the next time we are in that situation, we want to be just a little bit faster at remembering things so maybe we can avoid the risk in the first place, or so we can be faster at remembering how we survived it. As Megan says,  “We want a brand experience that stays with you, that you won’t forget.” Fear will do that, and it’s pretty handy for our survival that it does.

But there is another fascinating truth about the way we experience and remember fear that exFEARience satirizes…a truth that helps explain why fear not only grabs our attention, but SELLS. As another of the faux agency’s experts says of their new fear-based advertising approach, “Most ads are dramatic. We want them to be traumatic.”

Traumatic sounds bad. But to the brain, one of the effects of trauma, or to be a little more careful semantically, of really powerful emotional experiences (not only fear but positive experiences too), is how much influence those powerful experiences have on the brain when we recall them. Any memory burned in more powerfully and deeply will come to mind faster than your average run-of-the-mill what-did-I-have-for-breakfast-yesterday sort of recall. Cognitive science has found that the brain apparently knows that if something comes to mind faster, it speaks louder to your perceptions. It somehow knows that it better give that memory more weight, because the experiences that come to consciousness faster meant more when they burned into our memory in the first place.

The study by Daniel Kahneman and many others of heuristics and biases - the mostly subconscious mental shortcuts we use to turn information into our perceptions and judgments and choices -  has a name for this. They call it the Availability Heuristic. The more ‘available’ something is to our brain…the more readily and powerfully a memory comes to mind…the more influence it has on our perceptions, because the brain knows those memories matter more. The effect of this is that those memories and experiences play a more powerful role on how we see the world, and how worried we are, and therefore on what we buy, and who we vote for.

Yup. Fear works. It has to. It’s what keeps us alive. The problem is, it works so instinctively that when dangers are being peddled by the news media to get our attention, by the marketplace to get our money, or by politicians to get our votes, we are little more than fish on the end of a hook, instinctively afraid and flipping and flopping with fear at the end of a line somebody else is dangling to jerk us around…and the instinctive, subconscious nature of this risk perception system are the rod and reel they’re using, and we really can’t too much about it.

As this essay is being written, the hit count for exFEARience on You Tube is around 150,000. It will surely rocket up…not just because the ad is brilliant…but because it’s so true.