Facing several controversies involving scientific complexity, the European government created a Chief Science Adviser to provide independent objective expertise and input into policy making. when some groups didn't like what the science said about genetically modified food, they objected to the whole idea of independent science advice to government. The EU government has caved to public pressure and abandoned the Chief Science Adviser function. We should ALL be scared by a move away from evidence-based policy making, toward a solely values-based approach. 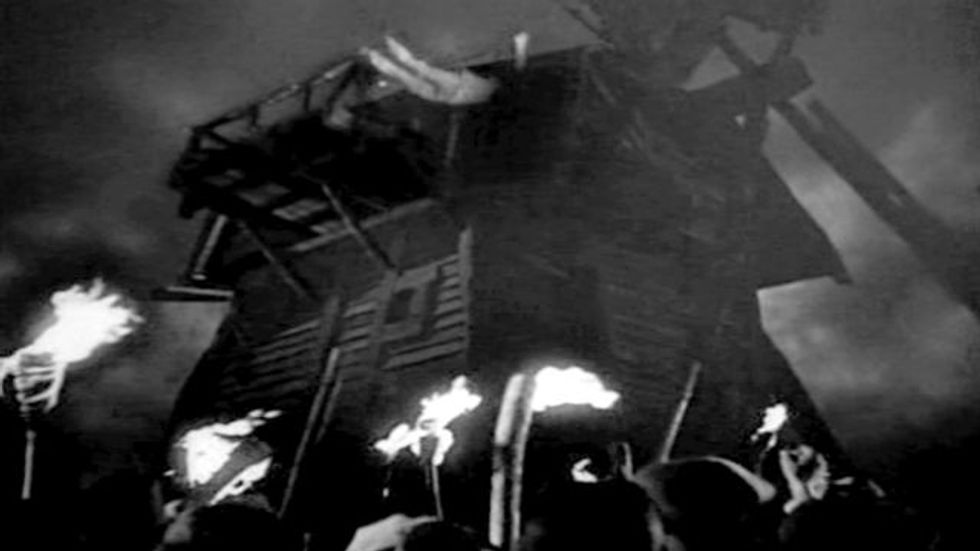 In the movie version of Frankenstein, the terrified mob rushes out of the town square in a torch-lit frenzy screaming “Kill the Monster. Kill the Monster.” The monster, of course, had been misperceived as a threat, but no matter. In their passion, there was no reasoning with the mob. What they saw as a threat WAS a threat, and had to die. The townsfolk surround the windmill and, with the monster trapped inside, burn it to the ground.

Fast forward to a frightening day yesterday in the real world, in Europe. As the eyes of all of Europe’s science journalists were on the European Space Agency’s Philae lander touching down on comet Rosetta, a phenomenal science success, the EU government quietly scrapped the position of Chief Science Advisor, a resounding science embarrassment, and a precedent that should scare people everywhere.

The Chief Science Advisor (CSA) position had been created some years ago in the face of controversial issues like climate change, genetically modified organisms (GMOs), and the testing of industrial chemicals, issues that involved scientific details beyond the expertise of the politicians charged with sorting them out and making the best choices for society. The CSA was like that geek friend who you ask to read those complicated science reports and studies and tell you what they say….only for the EU government.

The office was not involved in policy making, just in giving the policy makers a read on what the science said. But of course what the science says on climate change or GMOs points toward some obvious policy conclusions; climate change is real and we’d better do something…thousands of studies on GMOS have found no harm to human health (and only a few questionable studies have hinted otherwise) so there is no need for a blanket Precautionary Principle ban on all applications of agricultural biotechnology. The problem is, those conclusions threatened the values of GMO opponents. Their answer? “Kill the Monster!”

Not the monster of the evidence, of course. Kill the messenger, the CSA. Environmental groups, noting specific concern about the GMO issue, called on the EU government to abandon the entire idea of an independent science adviser, after the CSA reported what every independent national science advisory board in the world has found; the science is about as clear on GMOs as it is on climate change…there is no reliable evidence that GMOS harm human health.

The GMO opponents tried to couch their complaint in broader terms, arguing that a Chief Science Adviser concentrated too much power in one office. But let’s be honest. They just didn’t like what the facts said. So Kill The Monster, misunderstood as a threat but really only an independent objective voice for the evidence.

The EU, run by politicians after all, has responded by taking the torch to the CSA, and essentially letting the frightened mob rule. At least so far. New European Commission President Jean-Claude Juncker says he believes in science advice, but just wants to figure out a new way to get it. But the GMO opponents who set this fire have made it clear that the only advice they want the government to get is from them and other public advocacy groups. And how independent is that?

Not at all, of course. Every advocacy group, on every issue, sees the facts through the prisms of their own values and perspectives. To which they are entitled, of course, as they are entitled to voice those views in democratic debate. But the whole idea of the CSA was to provide science information to policy makers FREE of those values-based distortions, so that in addition to all the public input that has always had a voice, and should, policy makers could have a bit more objective a view of what the facts themselves actually are.

So with the ashes of the windmill still smoldering, let’s consider what this means. We all fight over issues by invoking our interpretation of the ‘science’. Advocates on all sides of the GMO issue, and the climate change issue, and nuclear power and industrial chemicals and guns and abortion and a host of other issues, all invoke ‘the facts’ to make their values-based case.

We ALL see the facts through the lenses of how we FEEL about those facts. Me too. We can’t help it. It’s how human cognition works. But do we want policy made based solely on the battle over whose values win, or would we also hope that in addition to that part of democracy, that policy makers look objectively at the evidence for guidance about what will do society the most good? The latter, of course.

But with the abandonment of the CSA, which did not replace public input but just added  more objective information to what policy makers had to work with, the European government – at least so far – is deferring to the bright torch lights and angry voices of the passionate-but-less-than-objective public.

And to understand just how scary that is, consider that along with the anti-GMO groups cheering the European decision to abandon (for now) independent science advice, are those who deny climate change who also didn’t like what the science said on that issue. See the problem here?

Our values must have a voice at the policy-making table. But the powerfully emotional and instinctive way human cognition works produces perceptions that sometimes fly dramatically in the face of the facts. As right as our feelings feel, and as important as they are for our sense of safety, we need to honestly accept that in addition to our passions, policy making must also be informed by a more objective voice. That was the idea of the CSA. For the moment, in Europe, that common sense idea lies in ashes.

For two other thoughtful perspectives on this, see the Guardian's Juncker Axes Europe’s Chief Scientific Adviser and this blog commentary from Mark Lynas: EU Scraps Science Advisor Role. Now are your happy Greenpeace?