"Cool Dudes", Hot Temps; The Climate Change Battle Will Get Us Nowhere 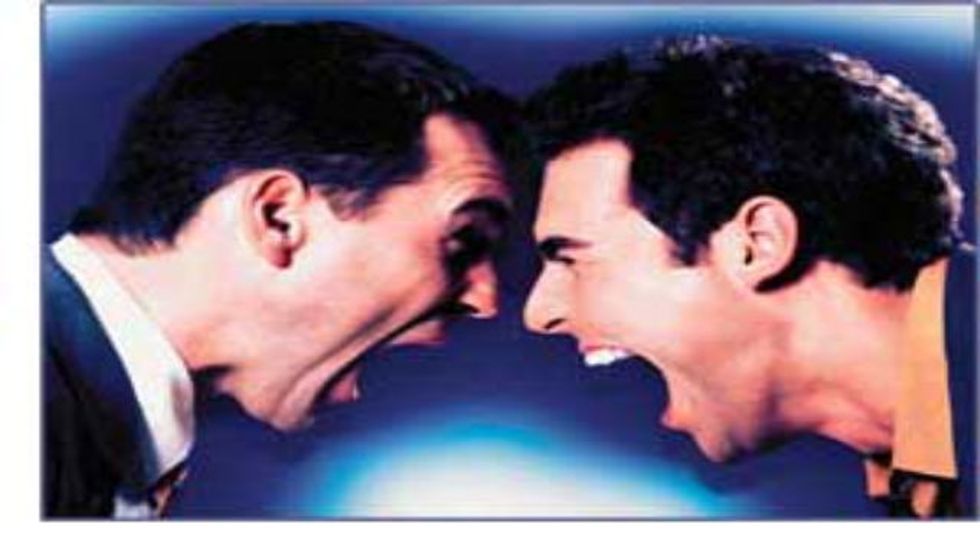 What do Rush Limbaugh, John Boehner, James Inhofe, and George Will have in common? Several things. They are influential members of society, ‘elites’ who have a big effect on policy. They adamantly deny that human-made climate change is happening. And they are all conservative white men. Probably the only thing you might not call these people is “Cool dudes”.

But that is precisely the label they are given, somewhat facetiously, in the title of a new study - COOL DUDES: THE DENIAL OF CLIMATE CHANGE AMONG  CONSERVATIVE WHITE MALES IN THE UNITED STATES - about the war over climate change. The study confirms what many others have found, that conservative white males (CWMs) are more likely than any other segment of the population to deny the overwhelming body of science that anthropogenic climate change is underway, and a serious threat to the biosphere and everything in it, including human beings. This is not new, or surprising.

What is valuable about this study is what it says not just about conservative white men, but about all of us. This research confirms that who we are as people, at really fundamental levels, has a lot more to do with the way we see things than just the facts. All of us, not just CWMs. And not just on climate change. And what that means is that arguing issues based just on the facts isn‘t going to get us very far, since the facts aren’t really what we’re arguing about in the first place.

Here are a few of the findings (based on analysis of Gallup surveys of public opinion between 2000 and 2010);

--- 14% of the general public doesn’t worry about climate change at all, but among CWMs the percentage jumps to 39%.

---   32% of adults deny there is a scientific consensus on climate change, but 59% of CWMs deny what the overwhelming majority of the world’s scientists have said.

---   3 adults in 10 don’t believe recent global temperature increases are primarily caused by human activity. Twice that many - 6 CWMs out of every ten – feel that way

So what is about CWMs that make them see the climate change issue this way? The “Cool Dudes” paper suggests that its partly because they’re WMs, and partly because they are Cs. The so-called “White Male Effect” in risk perception has found that white males between ages 18-59 are generally less afraid of things than white women or people of color of either gender. A famous “White Male Effect” paper  suggested “Perhaps white males see less risk in the world because they create, manage, control, and benefit from so much of it. Perhaps women and nonwhite men see the world as more dangerous because in many ways they are more vulnerable, because they benefit less from many of its technologies and institutions, and because they have less power and control.”  That’s consistent with general theory about risk perception, which finds that for all of us, the more control we have the less afraid we are, and the more benefit we get from something, the less scary it is.

But what about the conservative part? Why would people who are politically conservative be more likely to deny the evidence about climate change? Well, conservatives are generally what Cultural Cognition theory calls Hierarchists. They like clear and fixed hierarchies of class and race and social structure, a rigid predictable ‘that’s the way it’s always been done’ status quo. They don’t like government butting in trying to change things, and leveling the playing field, and taking from the haves who have earned it and giving to the have-nots who haven’t. Well, the solutions to climate change are going to take all kinds of government ‘butting in’, all sorts of adjustments to the economic status quo, interventions that will mean new winners and losers, changes to who’s where on the economic and power ladder, and to a hierarchist (i.e. conservative), that means somebody else’s sort of society – the society of “Egalitarians” who want things flexible and fair, not rigid and bound by class and hierarchy - is going to prevail.

That’s really threatening, way down deep in the psyche of the social human animal that depends on the tribe for welfare and even survival. If our tribe is on top, we feel safer. If our tribe is losing out, we feel threatened. If society is operating the way we want, we feel safer. If somebody else’s rules prevail, we feel threatened. So Cs – conservatives - who tend to be Hierarchical, feel threatened not by the facts of climate change but by what the solutions to climate change might do to the way society operates. They cherry pick the facts to support a view that will preserve the social order they prefer, and defend that view fiercely, because it’s about way more than climate change. It’s about protecting their identities, the tribe, their safety. Powerful stuff.

But it’s not just CWMs who do this. We ALL do. We all bring our subjective views on how society should operate to the subconscious process of coming up with our opinions on many issues. Egalitarians see climate change through the lens of their tribal preference for a social operating norm that is more flexible, more fair (as they would put it), less bound by hierarchies of class, so they are ‘believers’ in climate change rather than ‘deniers’ precisely because the solutions to climate change will necessarily shake up the status quo. that’s the hidden point in “Cool Dudes”.

Arguing about the facts of climate change, and who’s right and wrong, and assigning loaded labels like ‘believer’ (good) and ‘denier’ (bad), won’t get us anywhere, because the argument is about something more important, something deep underneath. Trying to get somebody to change their mind on climate change, or any of the polarized issues of the day, is in effect asking them to change their underlying self-identities. “Cool Dudes” makes pretty clear that’s not going to happen.

The solution is obvious, though hardly easy. We have stop making climate change a zero sum if-you-win-I-lose battle. We have to frame the issue in ways that work within everybody’s underlying cultural/tribal perspectives. We have to realize that answers are more likely to be found, and solutions are more likely to be reached, if the goal is finding common ground, to one of the most serious threats humans - all of us - have ever faced.