A Good, Even GREAT Anthropocene? Not If It Depends on Wisdom Overcoming Instinct.

The hope that humans can use wisdom and technology to prevent a bleak future for life on Earth is overly optimistic. It falsely presumes that we can use wisdom to overcome instincts. 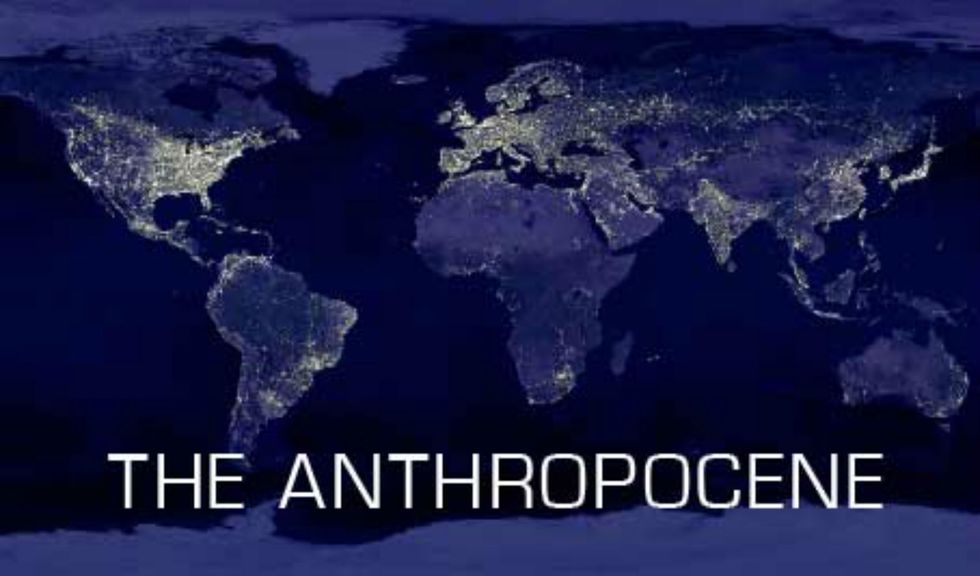 More than once in China, under a gloaming pall of poisonously polluted, air I have watched oceans of people flood the streets and shops of Beijing or Chengdu or Guangzhou acquiring the material goods that they hope might improve their lives, and thought to myself, “We’re screwed. The Earth just can’t handle this.”

And more than once I have stood in my local Costco and looked at the warehouse glutted with mountains of food and clothes and household goods, and thought to myself,  “And this is just one store! How many more Costcos and Sam’s Clubs and BJ’s and Home Depots and WalMart Superstores are there ... and that’s just in America ... and just how much stuff can the world produce ... and how much waste will all this stuff generate?” And more than once at moments like these, with a knot in my stomach, I have thought to myself, “We’re screwed. The Earth just can’t handle this.”

The dark implications of such voracious consumption, and all the waste and damaging pollution it generates, are frequently framed in big-picture "think globally" terms, with analysis of global population and global climate and the global economy, and from that perspective the future can look pretty bleak. But the darkest picture, the most irrefutable proof that without major change life as we know it really is screwed, is down at the ‘act locally’ level where you and I and our fellow 7.3 billion humans live our daily lives, all of us driven by deep instincts to acquire food and shelter and material comfort in pursuit of the ultimate goal for all animals: the goal of survival.

Those instincts are fundamentally embedded in our basic biology. They subconsciously compel much of our behavior. And massive research on human judgment and decision-making has shown that these instincts are all but impervious to reason. That research has taught us that no matter what the evidence says about the mess we’re making at the global scale, we don’t care about “the system” as much as we care about what’s going on down at the local scale where we live. No matter what the evidence tells us about the dire future we may someday ultimately face, we don't care as much about surviving tomorrow as we do about getting safely through today. And no matter what the evidence says about the threats we are posing to others, now or to later generations; we don’t care about others as much as we care about ourselves, especially when it comes to having enough food and shelter and comfort and safety. None of this is smart or dumb, rational or irrational, moral or immoral. It’s just the biological truth. But it’s a truth that makes it depressingly difficult to believe that we can make the major changes necessary to avoid the train wreck toward which we’re racing.

There are those who hold just that hope. In their Ecomodernist Manifesto,

a group of scholars, scientists, public intellectuals, and environmental advocates suggest that human intelligence and technology can turn things around. They write that though we may be entering what some ominously label the Anthropocene, an epoch defined by the indelible — and in many ways harmful — mark humans are leaving on the geological and biochemical workings of the planet itself, that

knowledge and technology, applied with wisdom, might allow for a good, or even great, Anthropocene.

But as the streets of Beijing and Chengdu and Guangzhou and the Costcos and superstores of America show ... and the rising consumption of pork in China shows ...

... and as the rising demand for air conditioners in India shows ...

and as SO much other evidence shows, the suggestion that we can use our wisdom to build a good or even great Anthropocene is as excessively rosy as the doom and gloomers are excessively bleak.

It is true and encouraging that, if applied with wisdom, a range of incredible technological tools can help us live in more sustainable ways; cleaner energy (nuclear as well as renewables), biotechnology to increase food production in ways that use less land and do far less environmental damage, all sorts of technologies that allow each unit of economic production to cause less and less environmental damage.

But the Ecomodernist case rests on the shaky belief that we can act "with wisdom." This presumes that we can use our conscious brains to overcome the far more powerful subconscious animal instincts that compel consumption in the name of comfort and safety. It presumes that we can use conscious reason to prioritize the long-term greater global good over the deeply embedded instinct to care more about the now and the local and ourselves.

And the Ecomodernist case presumes that wisdom can also allow us to overcome another deep instinctive belief, that the only true "nature" is Edenic nature unspoiled by humans. We must accept, they rightly argue, that humans and all our technologies have irreversibly changed the natural world, so there is no going Back To The Garden. We must admit that modern technologies and processes, though they may have caused great damage to the biosphere, can, if wisely applied, help us achieve a good or even great Anthropocene.

But that part of the Ecomodernist rationale also flies in the face of powerful evidence from the world’s religions and literature and philosophy, across history and cultures, and from many fields of research, that our sanctification of nature and vilification of human behaviors that harm nature is also a powerful and deeply embedded instinct.

We can’t just wish these truths away with an intellectual appeal to reason. Reason is just not as powerful as thinkers like the Ecomodernists like to give it credit for. The truth is closer to the way Scottish Enlightenment Philosopher David Hume put it:

Reason is, and ought only to be the slave of the passions, and can never pretend to any other office than to serve and obey them.

The Ecomodernist approach for rescuing the future is unfortunately as naïvely optimistic as the doom-and-gloom view of the future is overly bleak. Its prescription fails to acknowledge that we are not the rational, reasoning creatures we like to think we are. The evidence is overwhelming that our biological instincts, especially the deepest instinct of all — to survive — are still mostly in charge of how we behave.

The Ecomodernist Manifesto offers a wise argument that technology can help us live more sustainably and in many ways improve human and environmental well-being. But given the intrinsic limits on the ability of the human animal to "act with wisdom," the best life on earth overall can probably hope for in the future is a less bad Anthropocene, rather than an Epoch that historians will look back on and call good, or great.